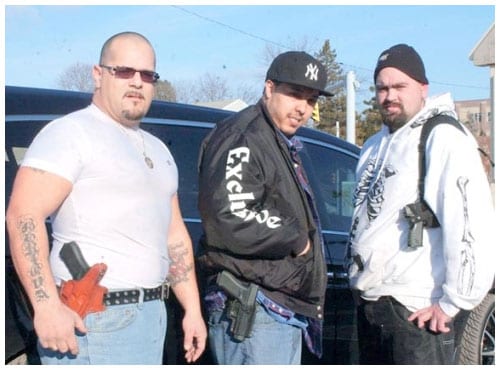 George Irizarry has been in a legal battle since a February incident where he pulled a gun on a trespasser who was cutting through yards in his neighborhood in Hazelton, Pennsylvania. But following a preliminary hearing Friday afternoon the charges were dropped and Magisterial District Judge James Dixon instructed police to return Irizarry’s guns, which he ordered to be confiscated in July.

“The act of placing a firearm in front of someone is recklessly endangering them,” Hardik said.

But the defense argued that Irizarry was not only protecting his property, but also helped to catch a wanted man.

Irizarry’s neighborhood had experienced a recent spike in crime, including break-ins, and on Feb. 3, 2013, while Irizarry waited outside of his home for his wife, he heard the sound of the side gate opening.

Both his house and his neighbor’s had been the target for attempted break-ins within the last two weeks, so Irizarry was a little on edge about strange faces in the neighborhood. 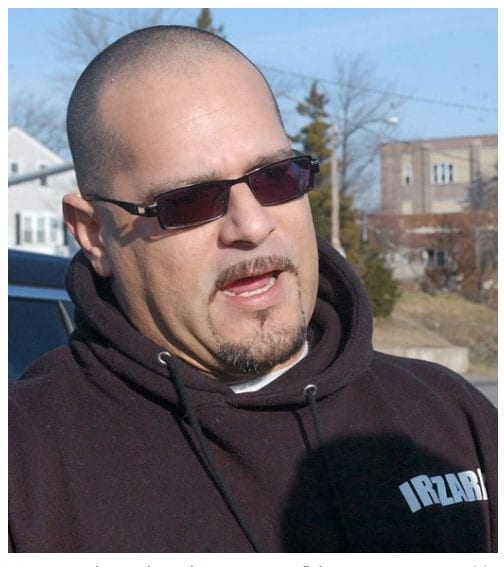 As of Friday, George Irizarry is free to get his guns back. (Photo credit: Citizen’s Voice)

And after the gate opened, through the alleyway walked 28-year-old Michael Andrejco, who Irizarry described as acting suspicious and fidgeting with his jacket. Irizarry then pulled his gun on Andrejco and, according to Andrejco’s testimony, put the gun to his head and said, “If you move, I’m going to kill you.”

Andrejco also explained during his testimony that he was simply taking shortcuts through people’s yards because he was hungry and wanted to go get a pizza. But when asked by Irizarry’s attorney, Allyson Kacmarski, if he believed he was allowed to go onto other people’s property without permission, he avoided the question by answering, “Just because I walked on somebody’s property doesn’t give them a right to put a gun to my head.”

Yet when officers arrived they shook Irizarry’s hand and thanked him, according to testimony by his neighbor, George Colon, because Andrejco was wanted on DWI and shoplifting charges.

Colon also said that one of the officers told Andrejco, “Of all the yards to trespass in you picked George Irizarry’s. You’re lucky he didn’t shoot you.”

Apparently Irizarry is somewhat well-known in his town about 30 miles south of Wilkes-Barre, where he has lived for about four years. Because he routinely open carries in the town not only to exercise his Second Amendment right but to educate others about open carry, he often stands out in the town. In fact, residents – unknowing of the law – have called the police on him on numerous occasions. The police, in turn, have drawn their guns on him and ordered him down to the ground. However, Irizarry said that the local police now mostly recognize him as a law-abiding, gun-toting citizen.

Although Irizarry’s firearms will be returned and he’s once again free to open carry – as it is legal in the state of Pennsylvania, excluding the city of Philadelphia — if he wants to have his concealed carry permit reissued, he will have to go through the process of reapplying for the permit through the sheriff’s office.

Regardless, Irizarry is just happy to have his record cleared. “I’m so grateful that these charges are not on my record because it’s not me. They try to portray me as a vigilante, and I’m not,” Irizarry said, indicating that he won’t be so quick to draw his gun in the future. “The next time I’ll probably hesitate and let the professionals do it.”

Irizarry still faces an obstruction of justice charge stemming from a separate incident that occurred when he was doing security work at a nightclub last year, but he admits that the outcome of this case has restored his faith in the justice system.