Meet England’s 42-year-old Martin Fillery, an avid collector of Hollywood grade replicas, and proud owner of a 16ft tall All-Terrain Scout Transport, or AT-ST, which he hopes to sell for around $15,000.

The Ston Easton based science-fiction fan doubles as a musician in his Star Wars themed band, Hollywood’s Finest, and uses his replicas on-stage to wow the audience. But some props, like the Imperial Walker, are just too big.

“The Scout Walker is amazing, but I realized pretty quickly that it was just too big to use on-stage, so I’m selling it so I can get more toys,” Fillery commented. 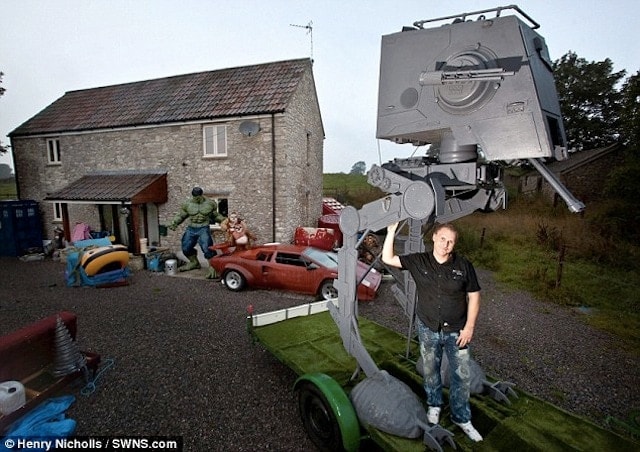 Fillery’s girlfriend, who wishes to remain anonymous, has grown weary of seeing the 16ft behemoth standing silently outside their rural, stone cottage. And so, some lucky Star Wars enthusiast bidder on eBay will have the privilege of taking the monstrous contraption home.

“I think my girlfriend is starting to get a bit worried about me,” Filery said. “I ‘ve always been a bit mad, and I love sci-fi stuff, but my spending on props is going through the roof.”

After owning the AT-ST for nearly half a year, Fillery has had his fill as well.

“I bought it about six months ago from a group of Star Wars enthusiasts up north who built it,” Fillery said. “They had run out of money, so I jumped at the chance to buy it. I’ve now had about as much fun as I can have from it.”

Working towards his sale, Fillery added the Star Wars replica could also double as a form of home security, saying, “Just imagine having a giant Imperial Scout Walker parked outside your house. You’d never get visits from double glazing salesman.”

But the AT-ST is just one among many props and replicas that litter his yard. Fillery also has a Tardis, the Incredible Hulk, several Ewoks and a Batmobile, among other items.

He added, “I’m going to use the money to get two different versions of the Batmobile, and Echo 1, the Ghostbusters ambulance. I do love my toys.” 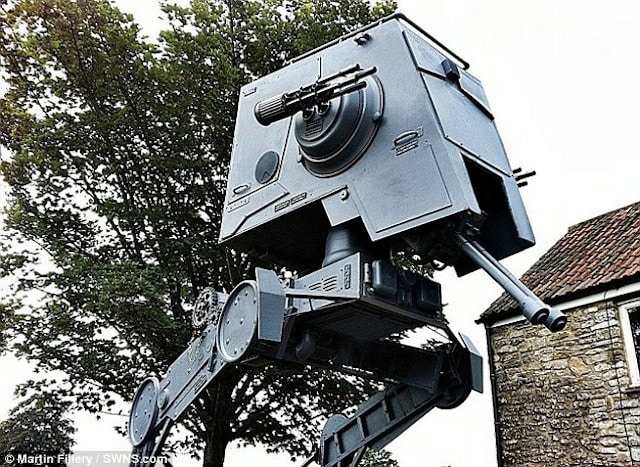 Having bought the behemoth around 6-months ago, Fillery has had his fill and is ready to sell. 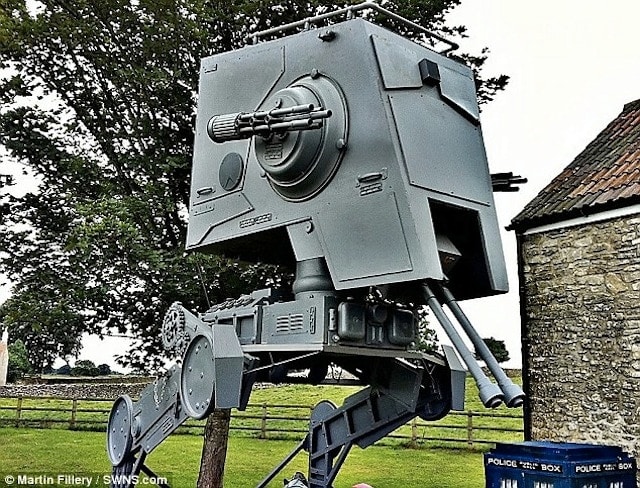 The 16ft tall wood and metal replica is an iconic piece of Star Wars memorabilia. 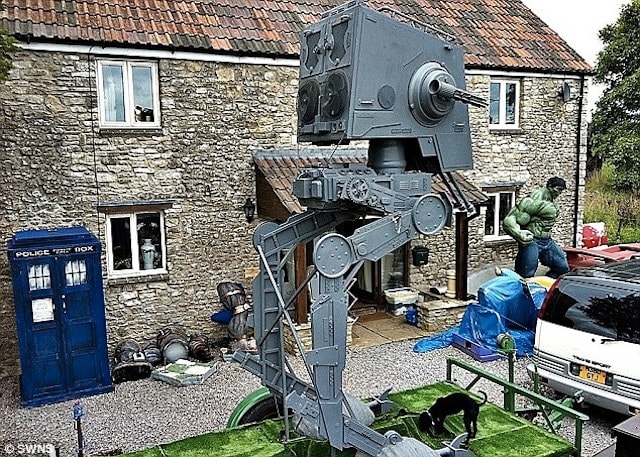 While impressive, the Imperial Walker is just one of many Hollywood quality movie props Fillery owns.