Man shoots himself in the heart with nail gun, lives to tell the tale 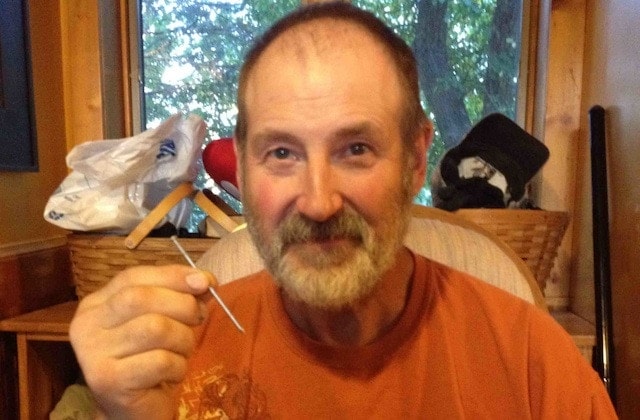 Eugene Rakow accidentally shot himself in the heart with a 3 1/2 inch nail, and lived to talk about it.

Eugene Rakow, a 58-year-old self-employed carpenter in the sleepy town of St. Bonifacious, Minnesota, accidentally shot himself in the heart with a nail gun.

When Rakow was helping a neighbor build a deck in the 2,283-person town last Friday, he made a terrible mistake and accidentally fired a 3 1/2 inch galvanized framing nail directly into his heart. 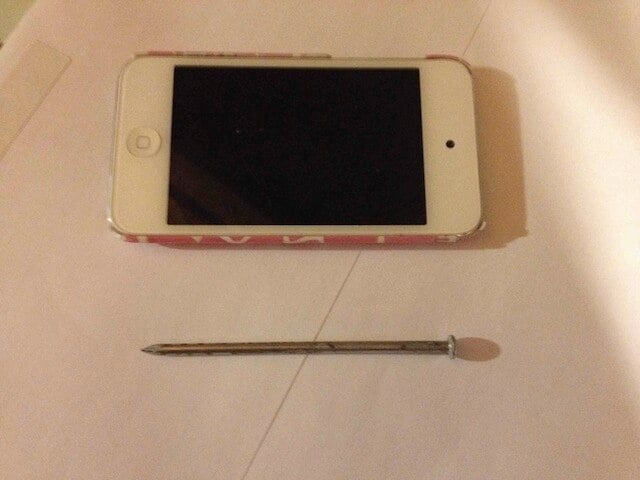 The nail next to Rakow’s iphone.

Making matters worse, the father of seven children, who are all home-schooled, doesn’t have health insurance and was forced to pay for his medical bills out of pocket. His daughter, Naomi, has set up a PayPal account for anyone who looking to help Rakow with his bills.

In an interview with Vice, Rakow explained exactly what happened.

“…Well, I was building a deck for a neighbor, and I was driving nails at about chest level. I was pushing the nail gun up, and my arms were in the air. Then the gun bounced and hit me, and just sort of shot a nail right into my chest,” Rakow said.

After the nail gun bounced in the air, Rakow caught it, finger still on the trigger. When the full weight of the nail gun came back down, it slammed into his chest, and that’s when the nail sunk into heart.

Vice asked Rakow what his first reaction was, and he said, “Well, the first thing was just saying, ‘Jeez, that was dumb. I can’t believe that just happened.’ Then I realized that I’d shot myself in the chest, and that this was probably going to be serious. I knew I had to get someplace, and fast,” Rakow said. 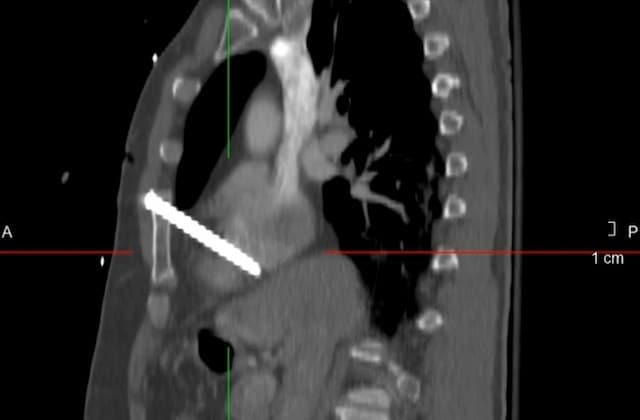 The nail missed Rakow’s main arteries by only 2-millimeters. Doctors said if it would have severed a main artery, he’d have been dead on the spot.

“I thought if I’d hit myself in the heart or lungs, I’d bleed to death right there. So I called up my wife and told her, ‘Get over here right away, I just shot myself in the chest.’ I was having a hard time breathing, that’s for sure,” he added.

“Do you think it was hard to breathe because the nail was in your heart?” Vice asked.

“Well, maybe, but I was also in shock, you know? It was a burning pain, but when I moved, it would kind of crunch and gurgle,” Rakow replied.

Rakow said that with every breath his wound would crunch “like a broken bone.” The doctors told him the nail was in the “kill zone”, and he was exceptionally lucky to be alive.

Rakow stayed calm throughout the entire incident, even soothing his panicked wife as she transported him to the hospital, where he underwent a procedure similar to an open-heart surgery to extract the nail, which missed his main arteries by 2-millimeters.

When asked what advice he’d give to anybody else who may accidentally shoot themselves in the heart with a nail gun, the cool, calm and collected Rakow said, “Yea, uh… don’t do it.” 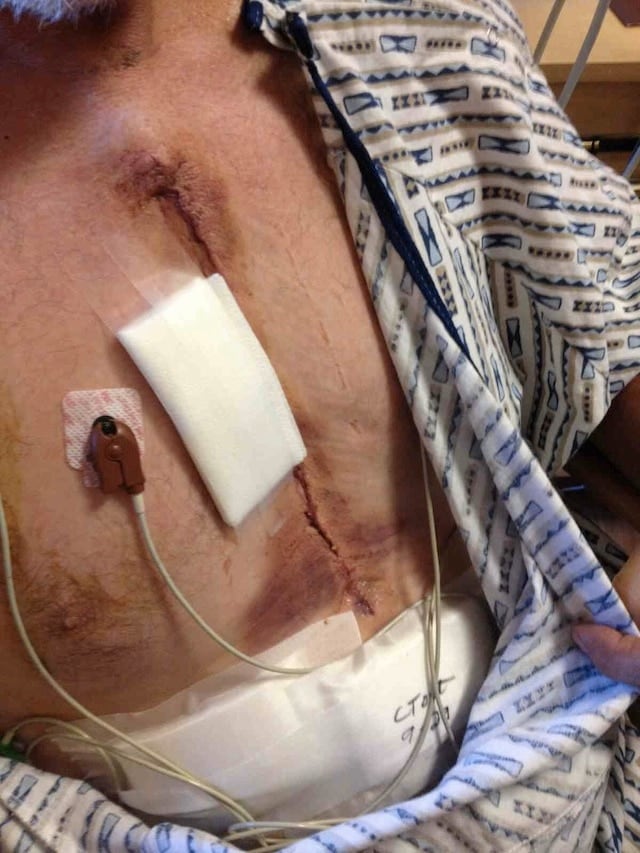 Rakow underwent a procedure similar to open heart surgery, where doctors extracted the nail and gave it to his wife for safe keeping.