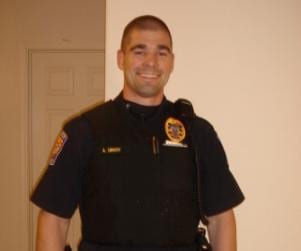 A school asked Officer Urkov not to wear his gun or uniform when picking up his daughter.

After the numerous school shootings that have occurred in recent years, schools around the country have polarized themselves into the corner of “zero tolerance” regarding weapons on campus – including in many cases, suspending children for pointing imaginary guns, using a cell phone app involving guns, playing with air guns at home – and now one school in Arizona has asked an officer of the law to please leave his sidearm, and for that matter his uniform, at home.

When Officer Scott Urkov received a call from the principal of Entz Elementary School in Mesa, Arizona, after he picked up his daughter while in full uniform, including his sidearm, he was more than a little shocked, expressing his disbelief in a Facebook post.

“Nothing like your kids school calling and asking if I could not come to pick up my daughter in uniform cause parents were concerned when their kids came home telling them there was a man at school with a gun. Are you freaking kidding me?” Urkov posted.

Evidently, the mere sight of a gun, even when attached in plain view to the hip of a sworn officer of the law, is just too much stress for some parents to handle.

“There were some parents who were concerned about the fact there was a fully armed officer on campus and they spoke to the principal about it,” said school spokesperson Helen Hollands. 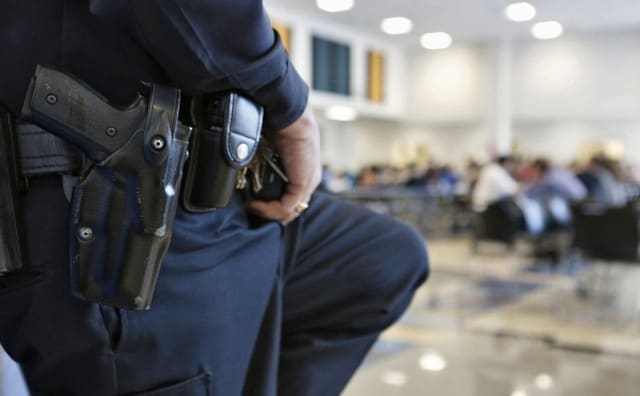 The school has since recanted their request, asking Urkov to speak to the children about what police officers do.

Though some parents called the school to shoo off the pesky police officer, others were happy to have an armed cop strolling their child’s campus.

“Even if my kids saw that I think they’d feel more protected to see a man in uniform at their school,” said parent Blaine Spencer.

The school has since apologized to Urkov, saying they didn’t mean the phone call as a slight to law enforcement, and now wants to use the incident as a “teaching moment.”

Urkov has been invited to return to the school, in full uniform, and speak to the children about what police officers do, and how they protect them, and their parents, from bad guys.