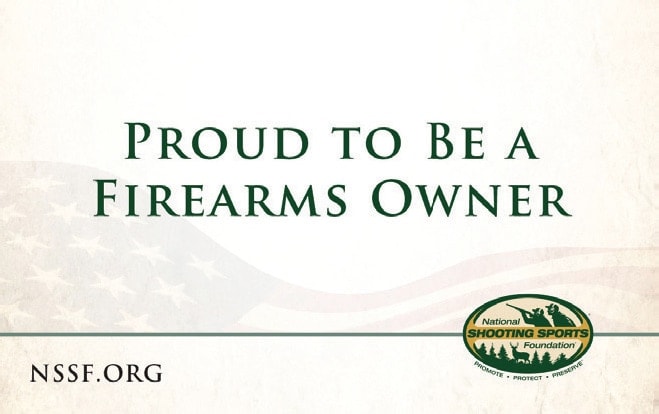 The National Shooting Sports Foundation has created a quick reference pocket card in order to arm the nation’s gun owners and gun rights advocates with useful facts that will help them defend the Second Amendment.

The Second Amendment is a passionate subject for most gun owners, often being the center of vehement debate. According to NSSF president and CEO, Steve Sanetti, gun owners have been getting a bad wrap, reported Shot Business.

“Firearms owners have been misrepresented and even maligned in the ongoing public debate over gun legislation,” Sanetti said. “Our goal it to remind gun owners they have many reasons to be proud. You should stand tall, and if someone takes an unfriendly shot at you for being a firearms owner, respond with the facts listed in our new pocket card.”

While physically pulling out a card filled with well thought out gun related facts during a heated argument probably won’t win you any style points, simply having the pocket card on your person will encourage you to study the material on your down time, giving you real ammunition to fight with.

The NSSF’s “Proud to Be a Firearms Owner” pocket card contains 13 bullet points, including statistics about the number of firearms owners in the U.S. and how much money hunting brings each year.

The NSSF has provided the card for free download online. Printed copies can also be ordered from the Safety & Education section of the NSSF member shopping cart. 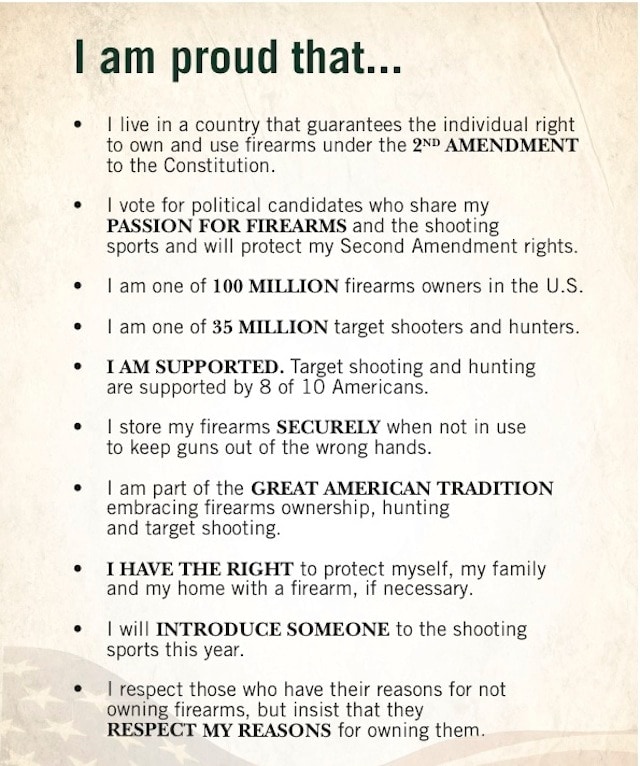 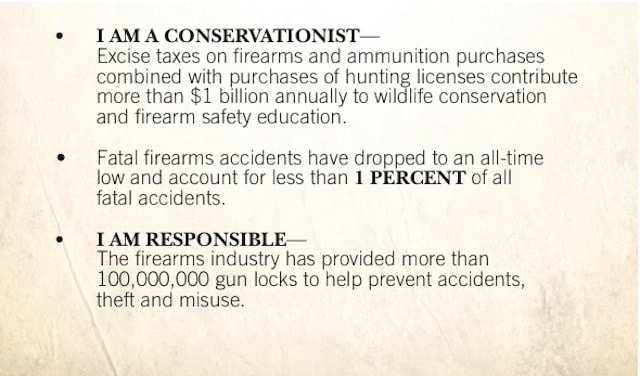