In the exclusive video obtained by 60 Minutes, you can clearly see lead Blackhawk Super Six One spiraling towards the ground after its tail boom was struck by a rocket propelled grenade. 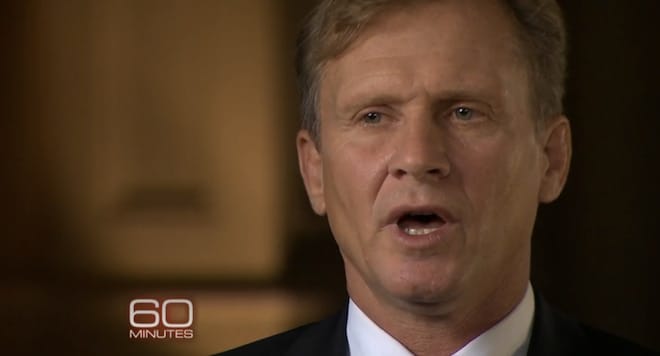 Hooten’s team is so secret, he asked CBS to not mention it by name.

Hooten’s unit – which is so secretive that even after all these years they asked CBS not refer to it by name – performed their mission “flawlessly.” Having only been on the ground for five minutes, they were able to successfully eliminate multiple targets.

But after their mission was completed and Hooten’s team called for the helicopters to return, all hell broke loose.

Pinned by enemy combatant fire, Hooten’s team watched as an RPG obliterated the tail boom of the approaching Super Six One, causing the Blackhawk to wreck “catastrophically.”

The ensuing Battle of Mogadishu was a violent struggle to rescue to the downed pilots.