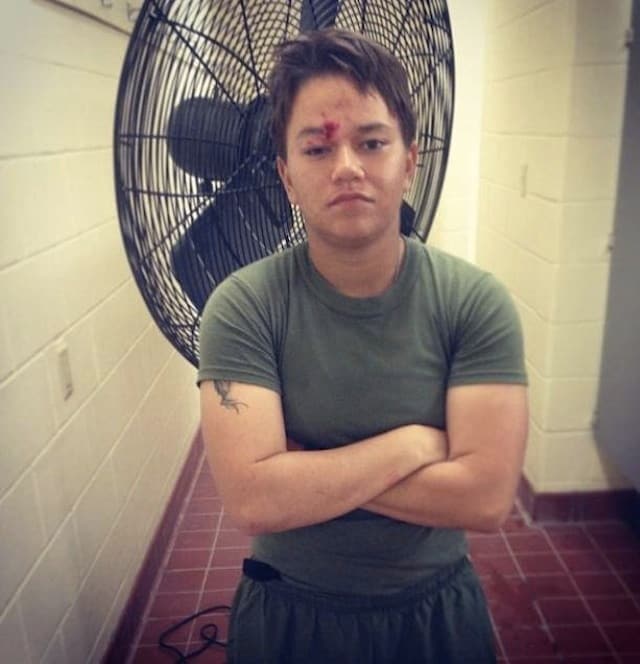 This unnamed woman posted this picture to Facebook, providing the first photo proof of a female in the Marine Corps Infantry Course.

A Facebook photo of a bloodied female Marine infantry student has surfaced. She wears her green shirt and poses for the camera as blood trickles from her forehead.

The United States Marine Corps has worked diligently to keep the identities of their female students under wraps, so this blatant social media pic flies in the face of those efforts. Business Insider chose not to link to the female student’s social sites, but said that according to verifiable sources, the image is in fact of one of the females attending the course.

Blasting the digital world with photos that are strictly forbidden by the Marine Corps, the female student also took to Instagram. There, she posted several pictures from Infantry School, telling of an injury she sustained after a Kevlar helmet fell off the top of her locker and onto her head. 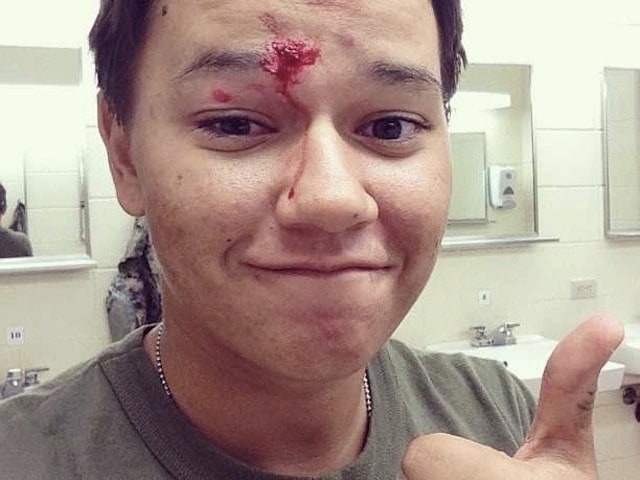 This photo shows the aftermath of a Kevlar helmet falling off a locker and crashing into her forehead.

Now that the restrictions have been lifted, thousands of positions have opened for women wanting to join the military. But since the Marine Corps shows no partiality, the women still have to pass the same rigorous tests as the men.

The USMC created a pilot program to see if females are physically capable of passing their minimum standards. Since then, six women have failed the officer’s infantry course pilot program, though the Marine Corps intends to have 100 more women run through the course within a year.

On a side note, those women who do complete the program will not earn the title of Infantry Marine. The pilot program is for testing purposes only and according to Defense Video Imagery Distribution System, operates on a volunteer basis, allowing participants to drop on request at any point without incurring a penalty.

Those women who pass will move on to another job school.