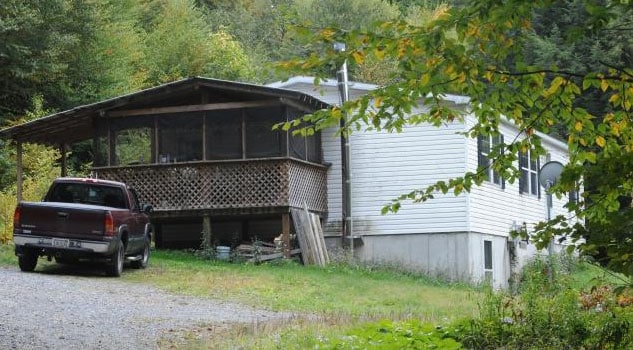 The normally quiet tiny town was shocked to discover the horror that had happened at the Frew residence. (Photo credit: Altoona Mirror)

Four people are dead in a rural Pennsylvania town after a tragic end to a dispute that, for more than two decades, left family members with no contact with each other.

Josephine Ruckinger, along with her husband, Jeffery, visited her parents’ home around 10 o’clock Friday night and opened fire on her family, according to the Altoona Mirror.

The shots killed Ruckinger’s mother and brother. Both Josephine and Jeffery were also killed when Josephine’s father returned fire, unbeknown to him that the intruder was his long-estranged daughter.

The Frew family, which included 67-year-old John, his 64-year-old wife, Roberta, and their 47-year-old son, John Jr., had just returned to their rural Ashville home from eating dinner and were settling in to watch TV when there was a knock at the door.

Roberta answered the door, only to immediately scream something to the effect of, “Oh my God! They have guns!” right before she was shot point blank in the head by Josephine. John Jr. attempted to grab his own gun, but was shot several times in the chest by Jeffery before he was able to arm himself.

The elder John got to his .22 revolver and opened fire on the intruders, not realizing at the time that the woman was his estranged daughter whom he had not seen in over 20 years. Police confirmed that it was not until after the entire ordeal had unfolded that John discovered the woman was his daughter.

Roberta, John Jr. and Jeffery all died at the scene. Josephine was still alive when police arrived. She was transported to a local hospital where she later died from a gunshot wound to the head.

Investigators believe that the Frew family members were victims of a premeditated murder plot.

“They parked at the bottom of a long driveway, and walked up, heavily armed,” Cambria County District Attorney Kelly Callihan told the Associated Press.

Josephine was armed with a sawed-off 12-gauge shotgun and her husband had a Derringer pistol and a .22-caliber semi-automatic handgun. In the couple’s car, officers also found large amounts of ammunition, a container of gasoline and lighter fluid. One family member claims that the feud was over inheritance from Josephine’s late grandmother, Josephine M. Patterson, who died in 2007. (Photo credit: Mail Online)

Authorities are awaiting results from ballistics and toxicology reports.

Although investigators do not have a clear motive, Roberta’s sister, Virginia Cruse, said that Josephine had “a hatred toward the family.” Cruse admitted that she knew Josephine and her mother did not get along, but that she has no idea what spawned the weekend attack.

Cruse told reporters that when Josephine was 20-years-old she trashed her parents’ home, stole some items and took off with a boyfriend to Pittsburg and since then her parents “more or less disowned her.”

Roberta’s other sister, Carol Skinner, told Mail Online that the family’s dispute was over an inheritance. Apparently in 2007 Josephine moved her dying grandmother and namesake, Josephine M. Patterson, into her home to care for her. But according to the family, instead of caring for her, she took everything from her grandmother instead, including jewelry, bonds and cash.

“We’re all pretty mad at her for that little stunt,” Skinner said.

Yet the Frew family knew little about Josephine, as they had not seen or heard from her in the more than 20 years since she left home, but according to Cruse, Jeffery worked for a tire repair company and Josephine had disabilities that prevented her from working.

The incident remains under investigation. Autopsies, including toxicology screenings, are being performed on all four bodies.

John Sr. was not injured during the incident.