‘Mother of all Swiss Army knives,’ this 19th century multi-tool has it all, including a .22 revolver 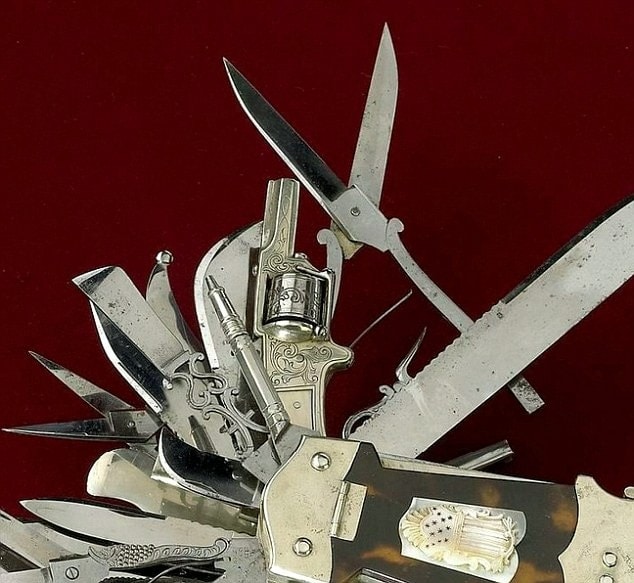 With over 100 tools, this mega-multi-tool has it all, including a .22-caliber revolver.

With over 100 tools, including a .22-caliber revolver, this 19th century multi-tool really is the “mother of all Swiss Army knives.”

Made in Germany in 1880 for JS Holler & Co’s cutlery store in New York City, this 3.5-inch wide and 9-inch long multi-tool was way ahead of its time, predating the Swiss Army knife by 11 years. It also predates the bottle cap by 12 years, meaning if you had one today, you’d have to find another way to crack open a beer.

Owned by the Smithsonian Institution and displayed at the Buffalo Bill Center of the West in Wyoming, this clever contraption would have made any cowboy the king of the corral. But according to the Smithsonian website, this mega-multi-tool wasn’t actually meant to be carried.

“Knives like this were made exclusively for exhibition to highlight the cutlers’ art,” the website reads. “They were so difficult to make they were only attempted by the most notable firms with the most talented artisans. They could be seen at various fairs and industrial expositions during the 19th century.”

With a cigar cutter, tuning fork, mirror, straight razor, .22-caliber revolver, multiple knives, saws and scissors and just about anything else one could possibly need, this Swiss Army knife predecessor would have been MacGyver’s nemesis – having made all his precarious situations far too simple to escape from.

While MacGyver would probably turn his nose up to this piece of cunning cutlery, the secret compartments that lie beneath the tortoise shell handles would certainly get the attention of James Bond. Stowed within the body is a separate collection of miniature tools, including knives, scissors and of course, another straight razor. 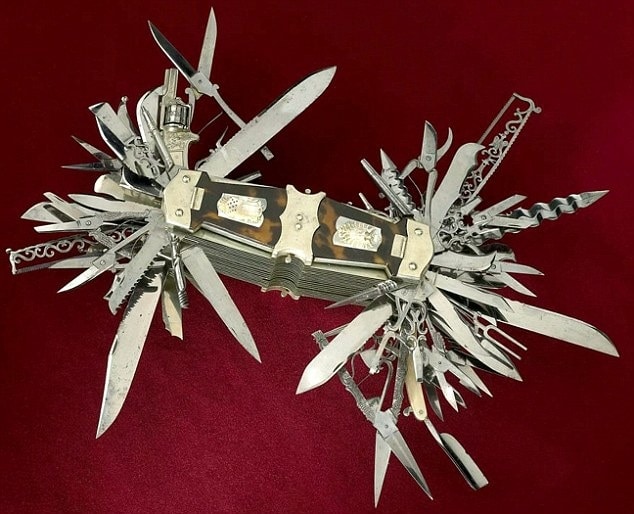 There’s a knife for every occasion, including shaving and slicing cheese. 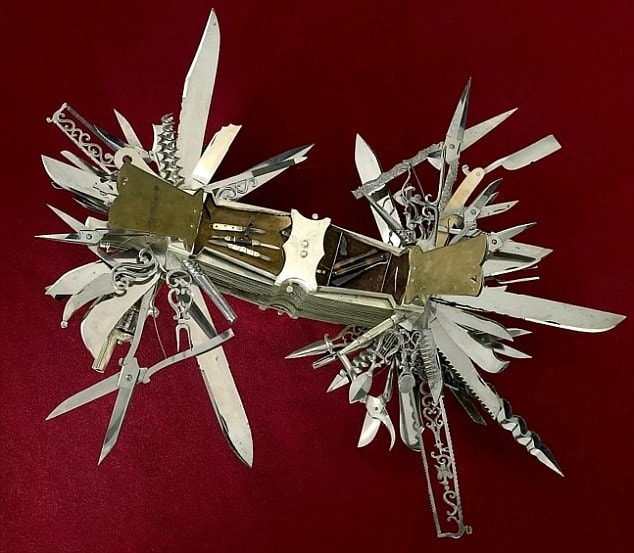 Underneath the tortoise shell handles lies a secret compartment containing, you guessed it, even more tools. 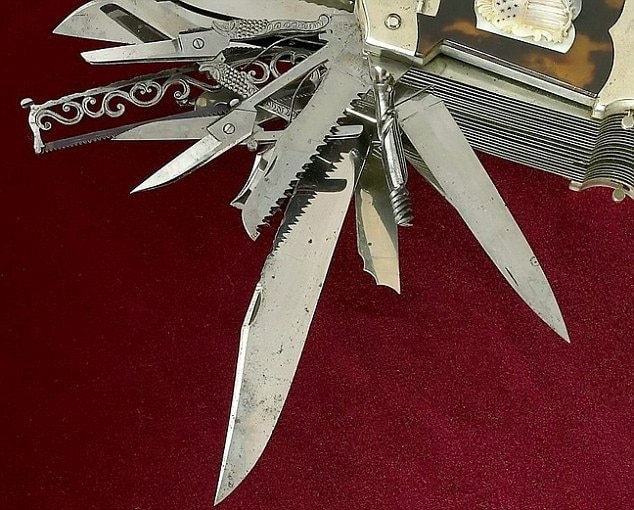 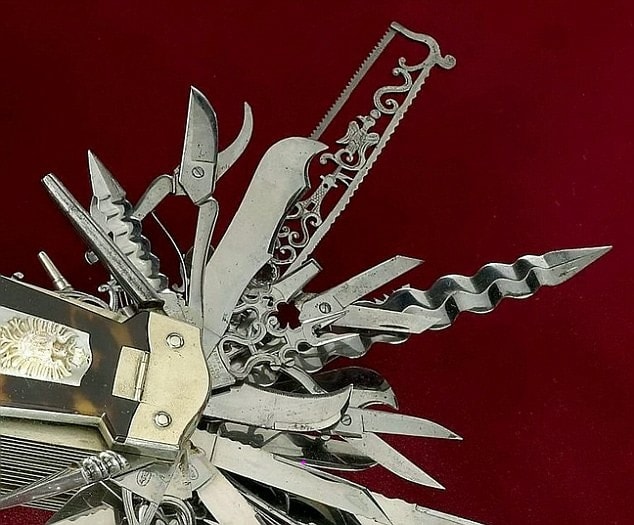 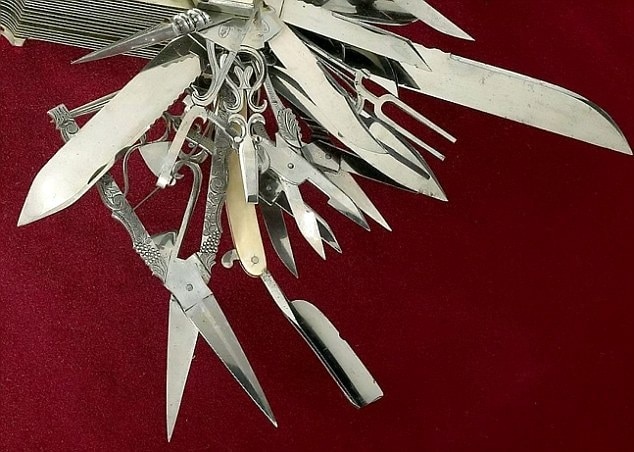 What does the key of E sound like? Well, with the built in tuning fork, you can find out. 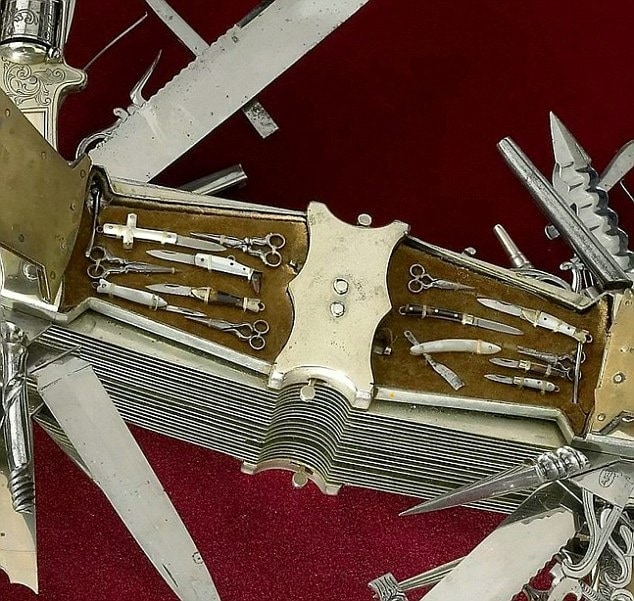 Just in case you need tools for an extra small job, the cutler provided an array of miniature scissors and knives.