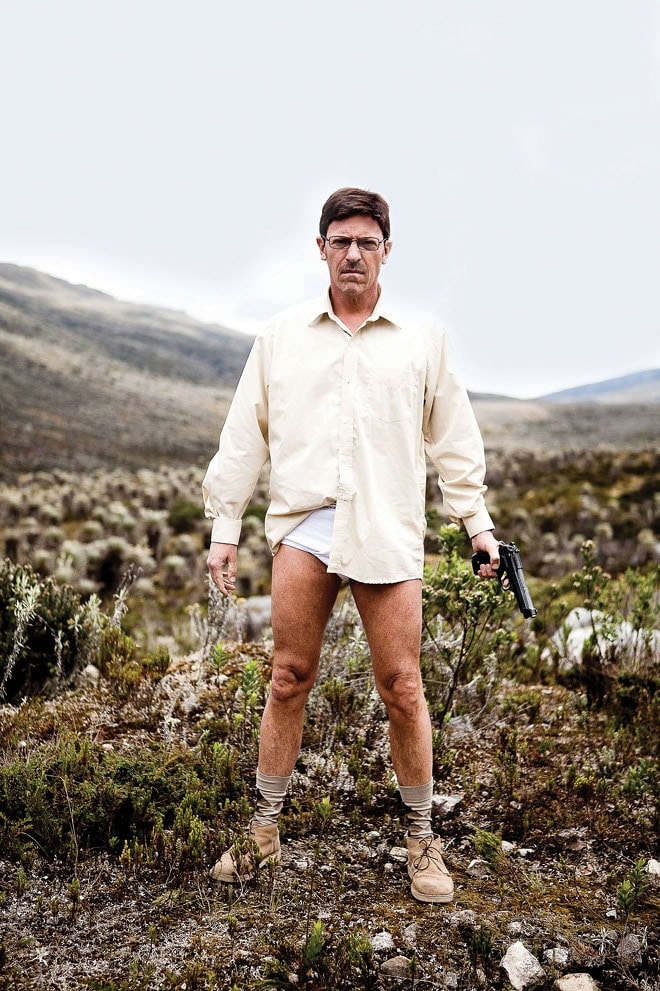 “Metastasis,” starring Diego Trujillo, will air on Univision’s UniMas in the U.S.

“‘Breaking Bad’ is a fantastic series that wasn’t widely seen in Latin America, partly because cable doesn’t yet have full penetration in the region,’ says Angelica Guerra, SPT senior vp and managing director of production for Latin America and the U.S. Hispanic market. ‘[But] there is a universality to the story and its characters that we recognized could work very well.’

“Guerra assures Breaking Bad devotees that producers have consulted with Gilligan and his team and that Metastasis will be true to its twisted source material. But a few minor details have been tweaked. ‘Motor homes are not popular in Colombia,’ she says, ‘so audiences will see Walter and Jose cooking up their first several batches of methamphetamine in an old, barely drivable school bus.'”

So, who’s going to watch “Breaking Bad” a second time through with subtitles on? I can’t wait to see what BB fans are going to do with this on YouTube. The mashups, the fan-fiction, it’s going to be awesome.

I wonder if there’s a Columbian equivalent to Saul Goodman? Saúl H. Bueno?