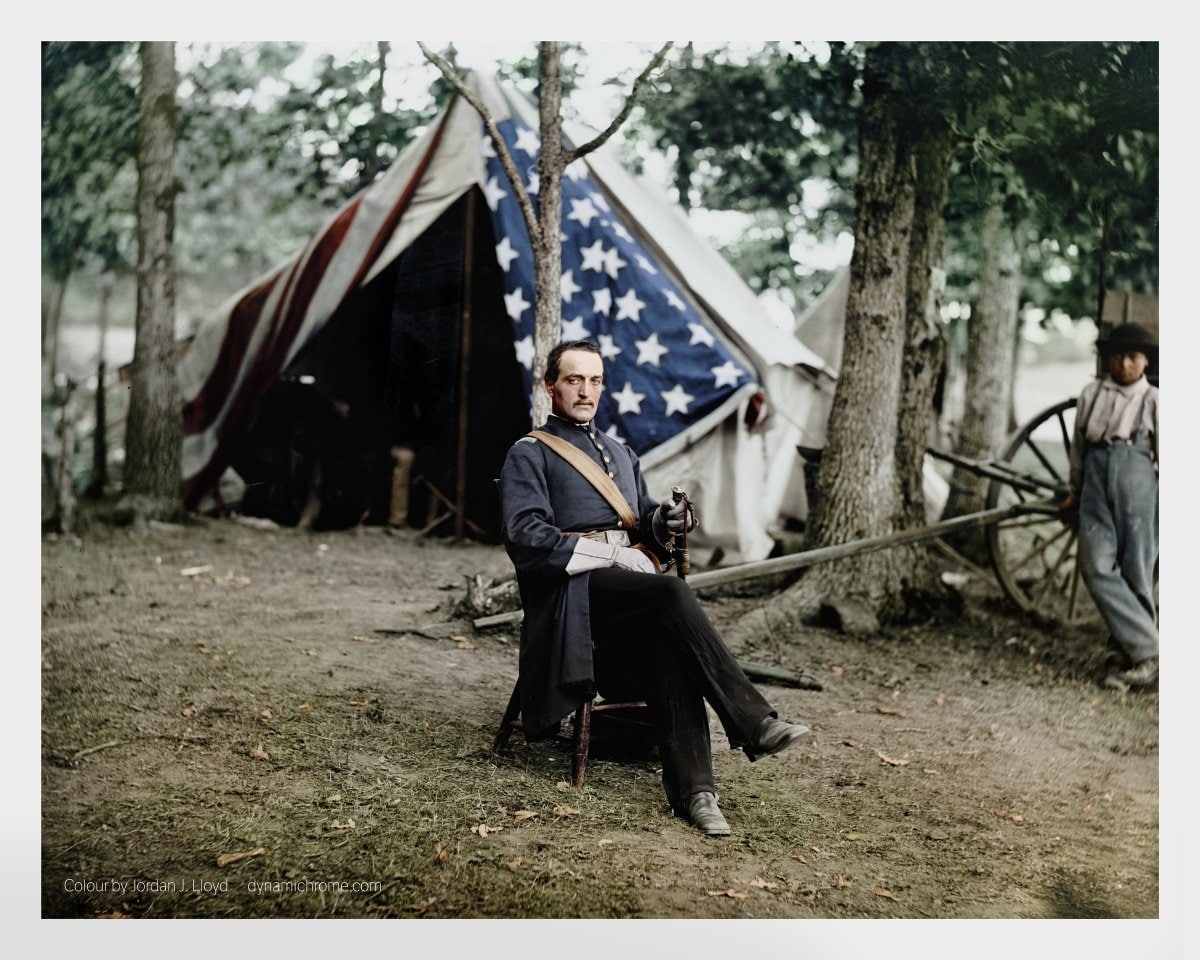 An ambitious group of Redditors have been collecting old, drab, black and white photos from the American Civil War, and with a dash of ingenuity and technological know-how they’ve converted them to vibrant, realistic color pictures.

According to Business Insider, two of the more notable users –Mads Dahl Madsen and Jordan J. Lloyd of Dynachrome  – have been sifting through the Library of Congress’ image archives, searching for worthy grey scale photos to transform into color.

In an era where cell phones can snap multiple pictures a second, it’s easy to forget it wasn’t always so simple to capture snippets of life. Photography, developed in the mids-1800’s, used to be a painstaking process where subjects had to remain still for long periods of time. Thus, few, if any, action shot of the Civil War exist. 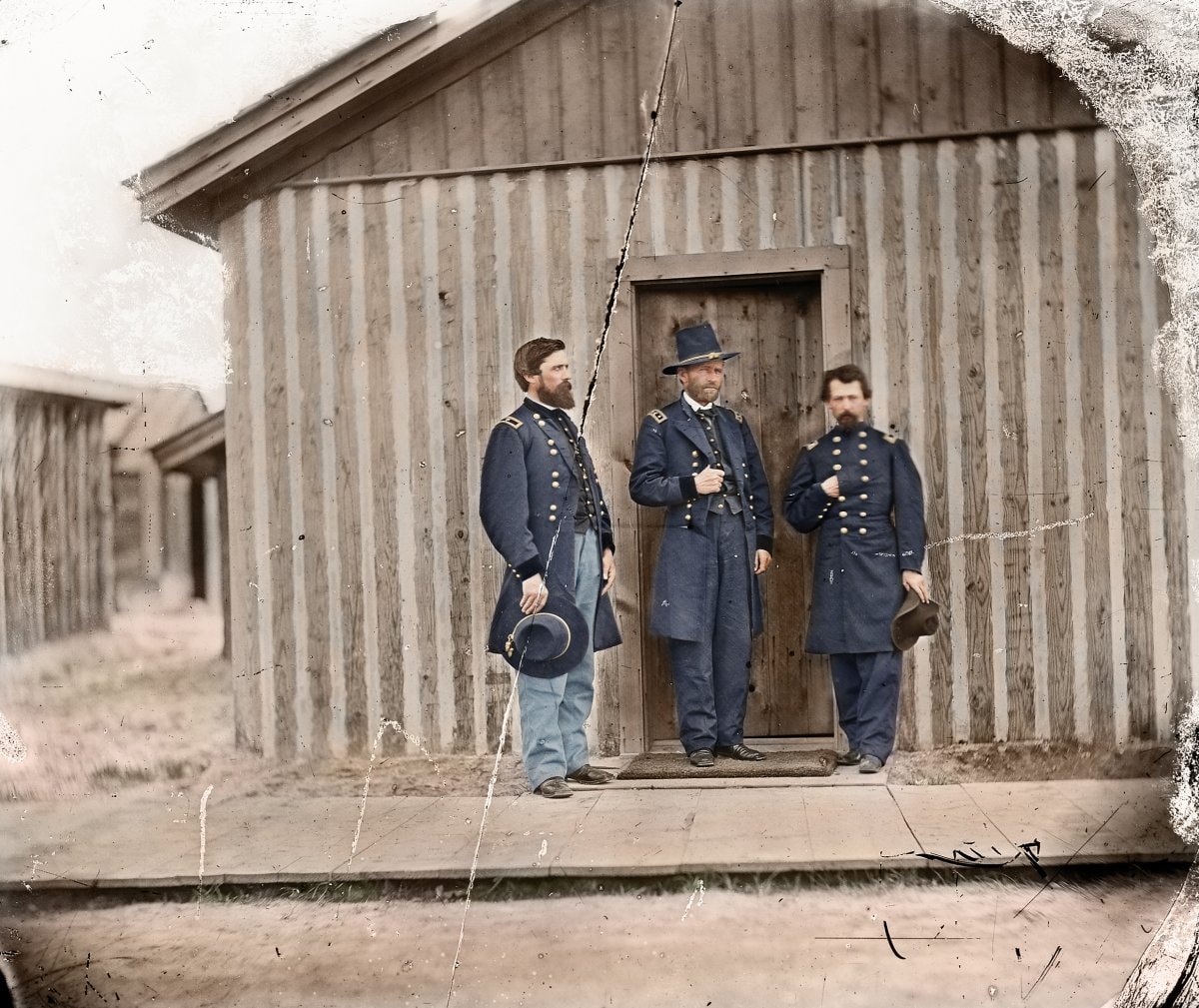 In this photo taken in 1865, then Lieutenant General Ulysses S. Grant, stands between his friend, Brigadier General John Rawlins (left) and in unknown Lieutenant Colonel (right). 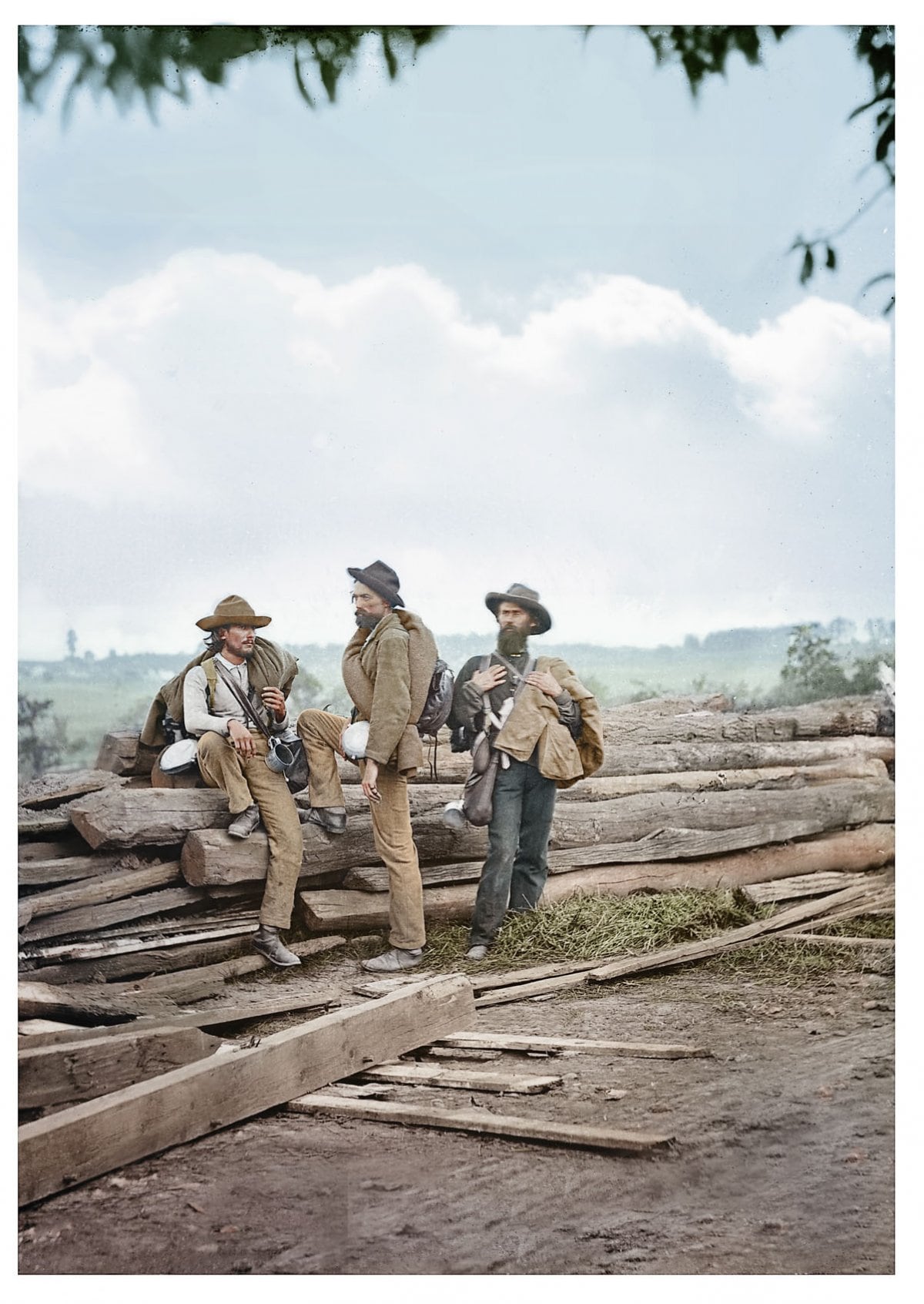 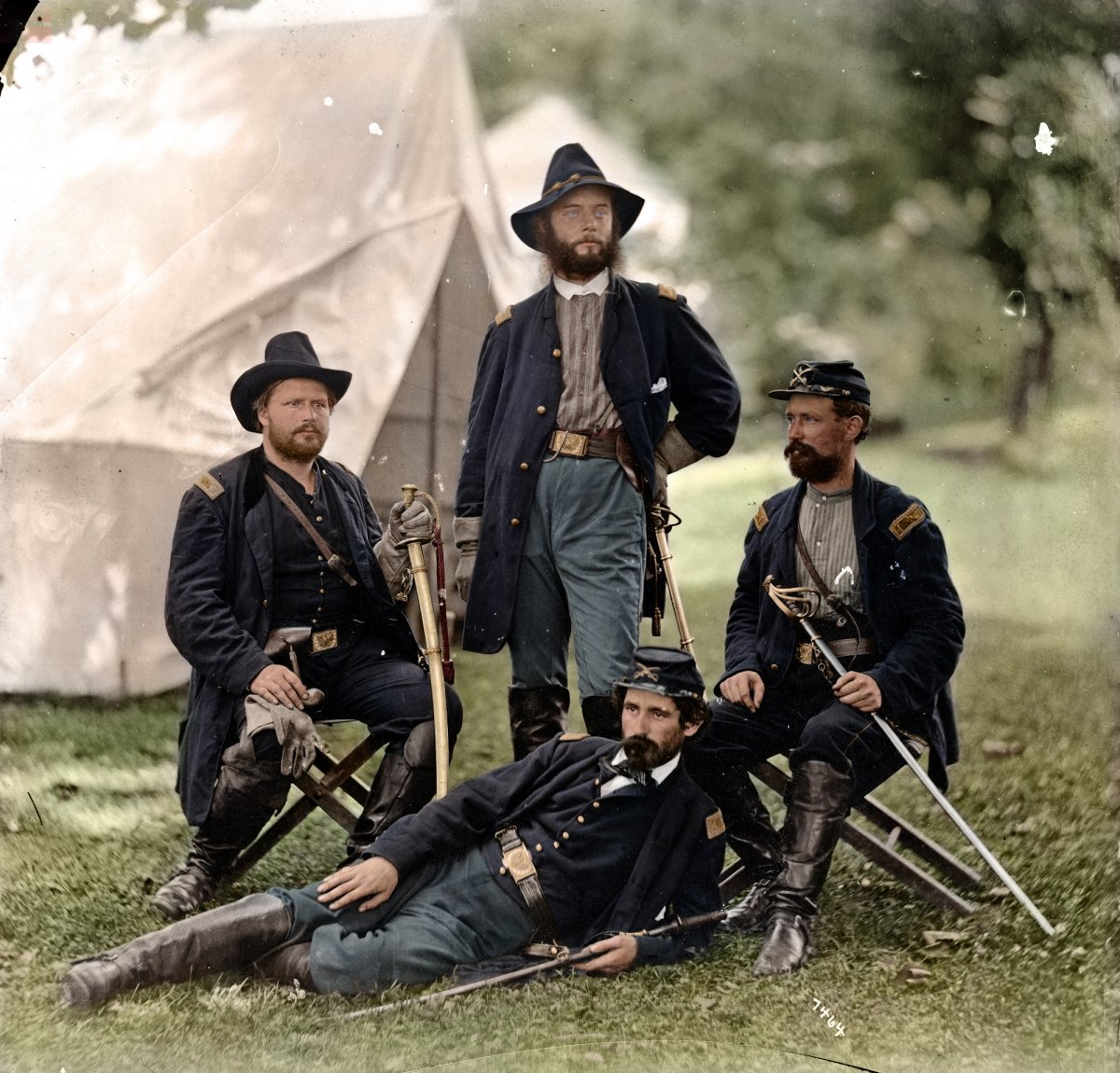 Union Colonel James H. Childs (middle) stands amongst other officers at Westover Landing, Virginia in 1862. Childs fell during the Battle of Antietam, where 22,717 soldiers were reported killed, injured or missing in action. This photo was taken by Andrew Gardner, a former apprentice of Brady. 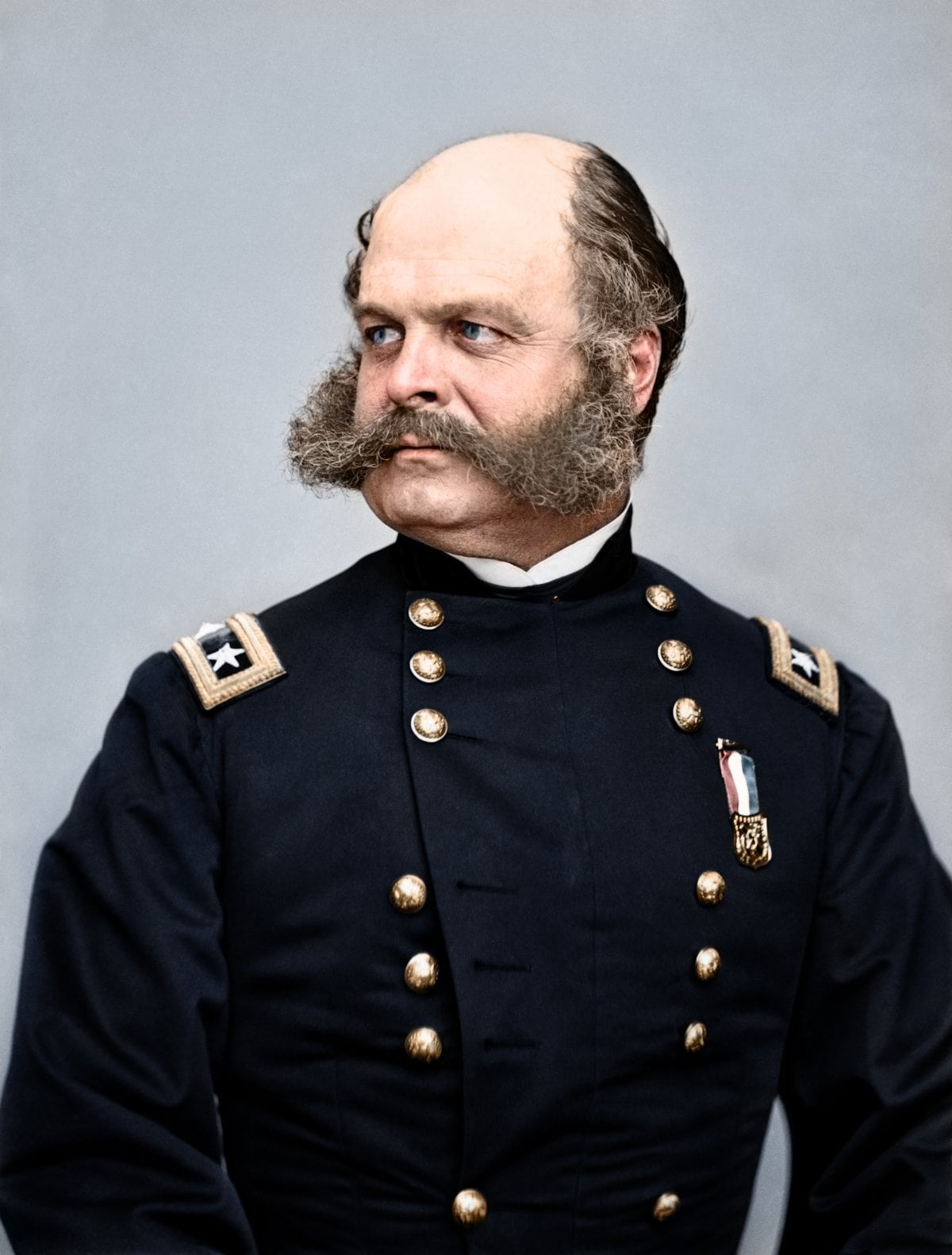 In this pristinely preserved image, Major General Ambrose Burnside, the commander of the Union Army of the Potomac, poses for an iconic photo. Burnside’s devastating defeat at the Battle of Frdericksburg is often forgotten amidst his distinguished facial hair, which later became known as the sideburn. 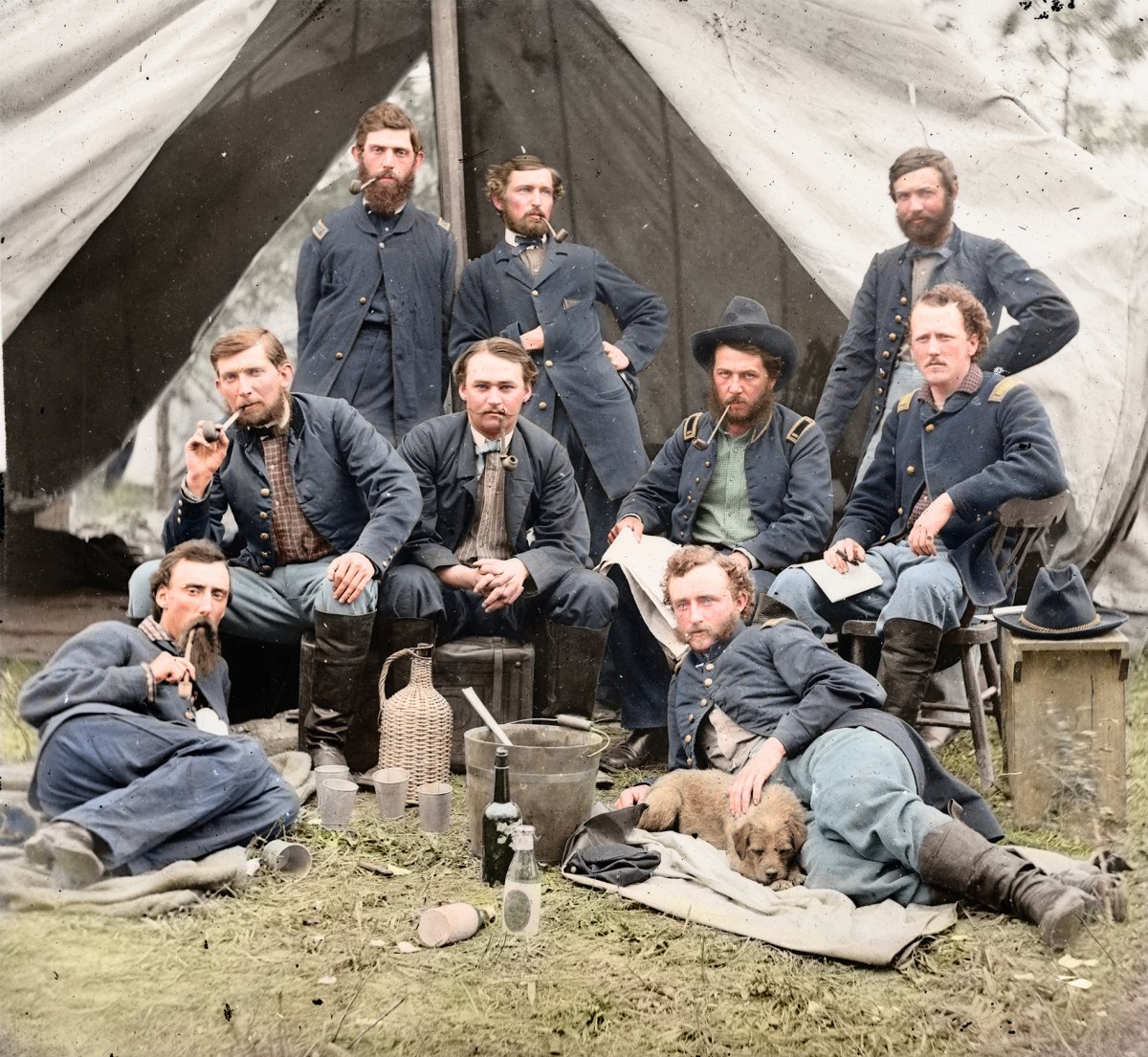 The staff of Brigadier General Andrew Porter enjoy their pipes as they pose for photographer Gardner. George Custer, famous for the Battle of Little Bighorn, lounges next to a dog on the right. The photo was taken in 1862. 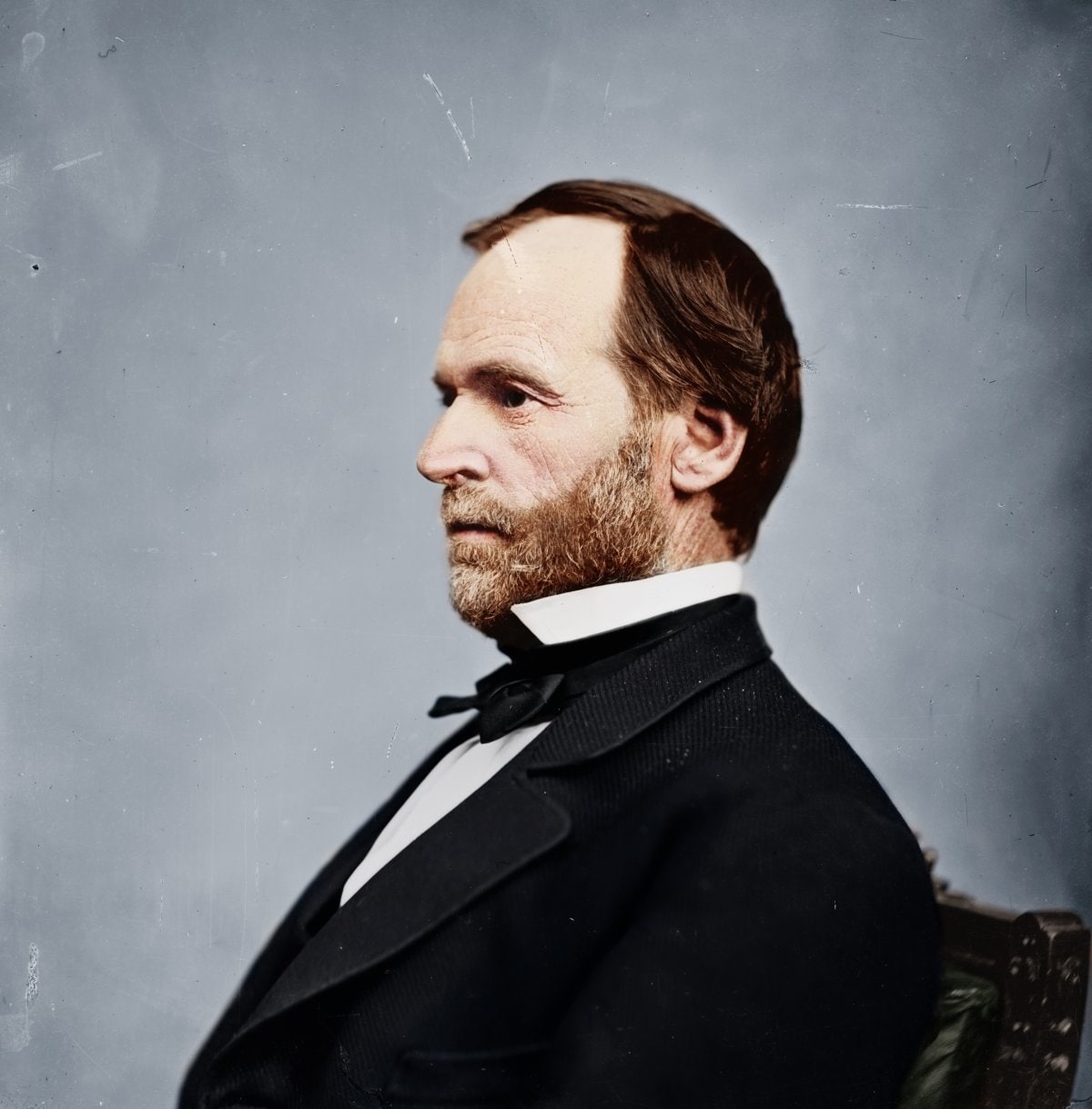 General William Techumseh Sherman stands in civilian clothes. He is most remembered for his path of rampage and destruction during his “March to the Sea,” where the Union army obliterated everything it encountered, both military and civilian. 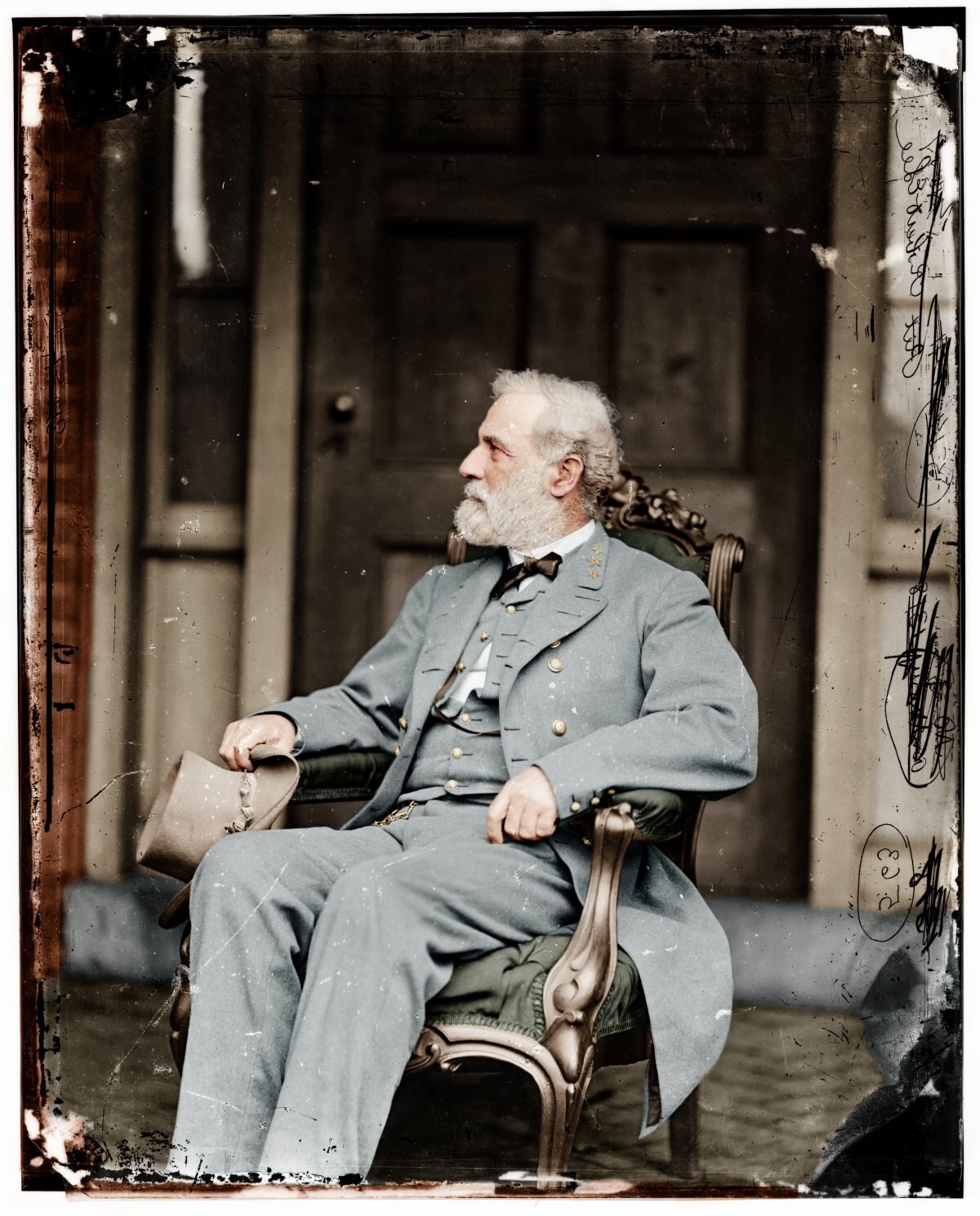 Confederate General Robert E. Lee reclines in an ornate chair at his ancestral home in Arlington. This photo was taken less than a week after surrendering.