6-year-old boy asks head of U.S. Special Operations about SEALS vs. ninjas, gets a response 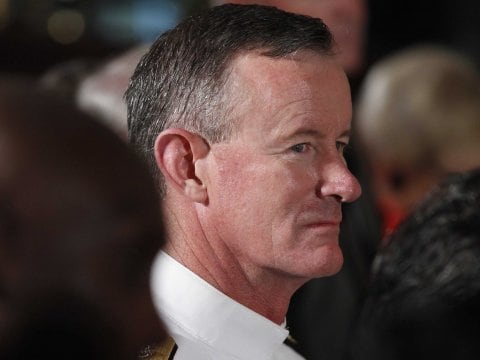 Admiral William McRaven took to the time to respond to a 6-year-olds question about Navy SEALS vs. ninjas.

A 6-year-old boy asked the head of U.S. Special Operations which was quieter: a Navy SEAL or a ninja. And surprisingly, he got his answer.

According to Blue Star Families, young Walker Greentree and his slightly older 7-year-old friend were playing in the yard when Greentree’s mother, Vivian Greentree, reprimanded her child, saying, “Be quiet like a SEAL.” Greeentree’s friend retorted (likely under his breath while letting out a huff), “Ninjas are quieter than SEALS.”

And therein lies the origins of the epic correspondence between a 6-year-old and head of U.S. Special Operations Command, Adm. William McRaven.

Greentree, who has grown up in a military family, couldn’t get the nagging question out of his head. So, he took to pen and paper and mailed off a letter to McRaven, the former Navy SEAL credited with organizing and executing the raid responsible for killing Osama Bin Laden.

“Dear Admiral McRaven,” the young boy’s letter reads. “When I grow up I want to be a SEAL too, but can you tell me who is quieter – SEALS or ninjas?”

The admiral, responded with his answer, “I think ninjas are probably quitter than SEAL’s, but we are better swimmers, and also better with guns and blowing things up.”

McRaven also included his personal coin and a bit of advice for the child, telling him that in order to be a SEAL, he has to listen to his parents and be nice to other kids.