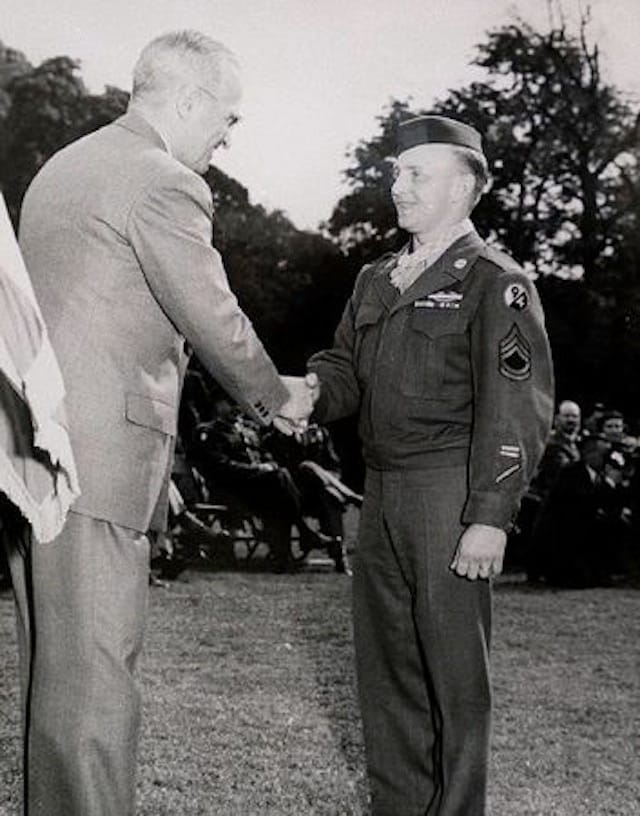 President Harry Truman awarded the Medal of Honor to Oresko at the White House during a ceremony.

At 96-years-old, the heroic World War II Medal of Honor recipient, Nicholas Oresko, passed away Friday night at Englewood Hospital from complications resulting from a surgery.

According to Jersey Journal, Oresko, who is from Bayonne, New Jersey, is said to be the city’s most famous citizen.

“He’s one of the most famous people ever to come out of Bayonne,” said City Council President Terry Ruane. “It makes me proud [to be from Bayonne]. It’s a sad day and God bless him.” 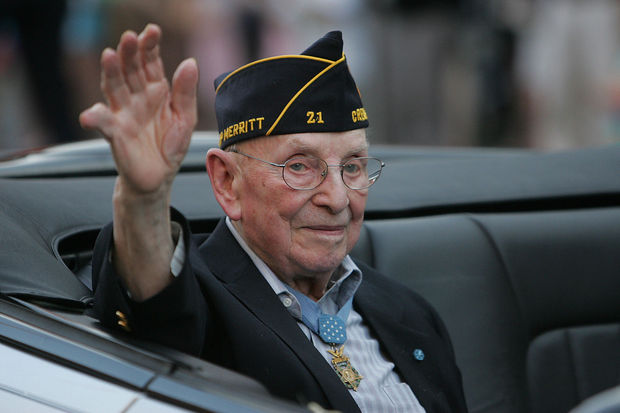 Oresko originally received the Medal of Honor on Oct. 30, 1945, when President Harry Truman awarded it to him during a ceremony at the White House.

The WWII soldier earned the esteemed medal for his valiant actions during the Battle of the Bulge. While his unit was pinned by enemy fire, Oresko rushed a German bunker, single-handedly overtaking it and killing everyone inside, but sustaining a serious leg injury in the process. Despite his injuries, Oresko went on to storm another bunker, killing 12 German soldiers in all.

“Nicholas Oresko showed uncommon bravery … his outstanding heroism and courage helped defeat Nazi Germany,” Bayonne Mayor Mark Smith said. “His actions will stand as a great example for future generations … May his courage continue to inspire all of us.”

The funeral service will be held at 1 p.m. on Thursday at Bergen Community College before the military service member is buried at the George Washington Memorial Park in Paramus.