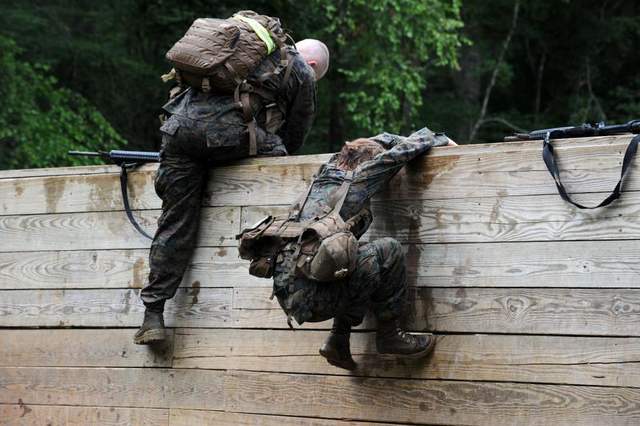 Four more female Marines have washed out of the Infantry Officer Course after failing the Combat Endurance Test.

Four more women washed out of the Marine Corps Infantry Officer Course as the USMC presses forward with its pilot program, exploring to see if females are physically capable of completing the rigorous demands of course. 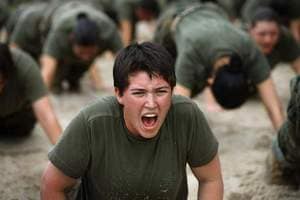 The Marine Corps pilot program explores the concept of women in a combat role.

According to the Military Times, Marine Corps training programs are known for their brutal conditions and high attrition rates, so it comes as no surprise when out of a total of 81 Marines, 12 male Marines and four female Marines failed the introductory Combat Endurance Test, said Pentagon spokeswoman Captain Maureen Krebs.

The Combat Endurance Test is specifically designed to test the limits of not only the body, but also the mind, assessing students as they fight through their extreme fatigue and exhaustion, struggling to make even basic decisions.

The women were recruited to participate in the Quantico, Virginia IOC pilot program, operating on a volunteer basis and therefore permitted to drop out at any time, and for any reason with sustaining a penalty.

So far, of the 10 women who have attempted the program, none have yet to complete it. Only one has made it past the combat endurance test, but was later forced to drop after sustaining stress fractures in her foot, Marine officials said. So far, no females have passed the IOC.

The opportunity for females to participate in IOC comes after former Defense Secretary, Leon Panetta, overturned a 1994 ruling that prohibited women from taking on certain military roles, most notably combat units.

Those women who successfully pass their training will not be afforded the title of Infantry Marine, but will be reassigned to another job school.