A Texas man thwarted two armed robbers when they broke into his small auto shop, protecting his patrons by firing back at the criminals with a gun of his own. 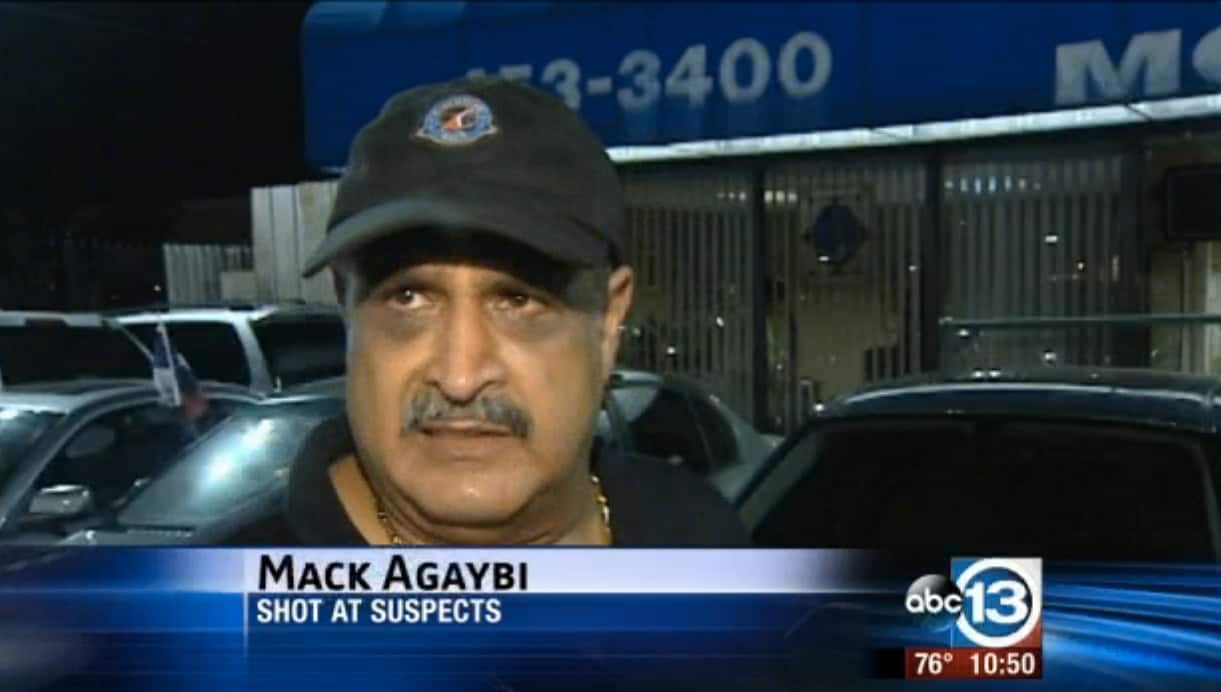 Agaybi fended off two armed robbers after they burst into his auto shop.

According to Guns Save Lives, Mack Agaybi was not only attentive, but quick to act when he watched on his security monitors as two men ran through the parking lot of his Houston based A B Motors shop. Thinking quickly, Agaybi grabbed his gun, and when the two armed men entered his shop demanding money and brandishing their pistols at patrons of the store, Agaybi was ready.

“These people, they came in the right time, when I got cash inside the office,” Agaybi told KTRK-TV.

With steely resolve, Agaybi came out of his office to confront the would-be crooks, holding his weapon at the low-ready position. The suspects opened fire and in the brief firefight that followed, one of Agaybi’s friends was shot in the head.

After chasing the robbers from the store, Agaybi made another split-second decision that may have saved yet another life. He picked up and carried his wounded friend to his car, transporting him to the hospital instead of waiting for emergency medical services to arrive. 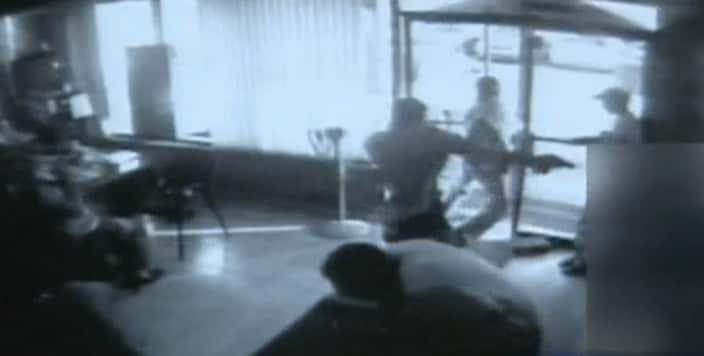 During the firefight, one of Agaybi’s friends was shot in the head.

Thankfully, Agaybi’s friend didn’t suffer any life-threatening injuries, but the bad guys got away.

Being a man of action, Agaybi has donated $1,000 to Crime Stoppers to be used as a reward for anyone that helps catch the suspects. Police don’t have much information about the suspects but say they drove away in a new, grey Chevy Impala.