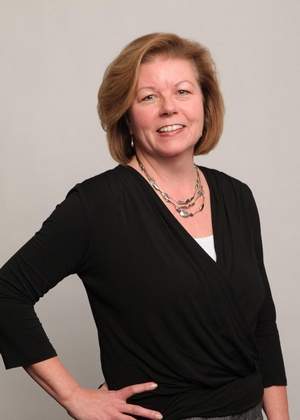 The Journal News, a publication that serves the Lower Hudson Valley of New York, has filed a lawsuit against Putnam County, demanding that officials release pistol permit records.

The Journal News made the headlines last year for publishing the names and addresses of local gun owners in surrounding areas on interactive maps following the mass shooting at Sandy Hook Elementary School in Newtown, Connecticut.

The ostensible goal was to make the community more aware of gun owners in their neighborhood, a sort of public safety initiative as one gun control advocate explained.

“I would love to know if someone next to me had guns. It makes me safer to know so I can deal with that,” John Thompson, a gun control advocate who provides youth counseling on gun violence, told the Journal News last December. “I might not choose to live there.”

The newspaper used the Freedom of Information Act to obtain pistol permit holder details on residents living in Westchester, Putnam and Rockland counties.  People who own long guns were omitted from the maps only because there is no permit required to purchase rifles or shotguns

This move caused quite a stir and prompted state lawmakers to add an amendment to the NY SAFE Act, Gov. Andrew Cuomo’s sweeping gun-control law passed last January, that allowed permit holders to opt out of the public database.

Under the terms of the bill, pistol permit holders were given 120 days to apply to keep their information confidential or until May 15, 2013.  However, once that deadline passed, gun owners that did not fill out the request would be placed in the public database.

According to The Journal News, about half of the active permit holders in those three counties asked to be exempt, a total of 15,700 out of 31,900.

Following that May deadline, The Journal News then requested the names and addresses of those who did not ask to be exempt.  Westchester County turned over the information, but Rockland County delayed saying that it was still processing the opt-out paperwork and Putnam County outright refused to submit the names, which precipitated the lawsuit.

“The Journal News believes that Putnam County should turn over the records that the law clearly says belong to the public,” said Janet Hasson, the paper’s president and publisher.

Hasson has said that the paper will not publish the names and addresses of permit holders this time around.  In short, no more interactive maps.

“The data is essential for our journalists to do their jobs,” she continued.  “For example, we need to be able to investigate whether guns involved in crimes are legally or illegally owned.”

The lawsuit claims that the SAFE Act allows “individual permit holders to apply for exemption from the otherwise mandated public availability of their names and addresses only if they asserted reasonable concerns for their safety or privacy from disclosure.”

“In other words, the legislature considered the purported concerns raised by Putnam, and determined that the public’s right to know the names and addresses of permit holders should continue to be public records except where such holder has invoked SAFE Act procedures to be exempted from disclosure,” the lawsuit read.

However, Putnam County Executive MaryEllen Odell told The Journal News on Thursday that she was unconvinced by their arguments that journalists should have access to permit holder information.

“I am completely confident that the county will prevail,” Odell said. “Our point is that the risk to public safety and the invasion of privacy should exceed anyone’s interest to profit.