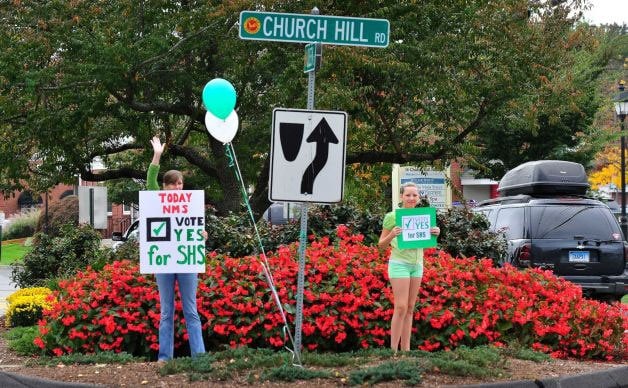 Newtown residents hold “Vote Yes” signs as people pass on their way to cast votes for the demolition and rebuilding of the Sandy Hook school. (Photo credit: News Times)

Residents of Newtown, Connecticut came together on Saturday for a special referendum to vote on whether or not to tear the Sandy Hook Elementary School down and build a new facility.

According to The Newtown Bee, the overwhelming majority – nearly 90 percent – voted to spend over $49 million in state funds to demolish the school and rebuild it on the existing site.

“I thought it was going to pass by at least 80 percent, but it’s more like 90 percent. It’s time to bring our children home,” Selectman James Gaston Sr. said.

Board of Education Chair Debbie Leidlein reiterated the same feelings. “This was another hurdle overcome,” she said. “Now we’re ready. We’ve got great plans moving forward to bring our families home.”

The school has been closed since last December’s tragedy in which 20 young children and six staff members were shot and killed during a violent rampage by a mentally ill gunman. Students who normally would attend the school have been going to classes in the nearby town of Monroe.

Officials stated that the referendum had the greatest turn out of voters since the 2008 presidential election. A total of 5,062 ballots were collected — 4,504 in favor of the plan and 558 votes against it.

The first of the demolitions should be started by the last week in October and officials are hoping to have the school completely leveled before the one year anniversary of the Dec. 14 tragedy.

The new school, which will include two additional parcels of land and a new entrance onto the property, should be ready for classes by September 2016, but could be finished as soon as January of the same year if everything runs as smoothly as planned.

A $750,000 state allocation for pre-design work was previously approved in July and, confident that the vote would pass, town officials already filed environmental paperwork for the removal of asbestos in the old school. 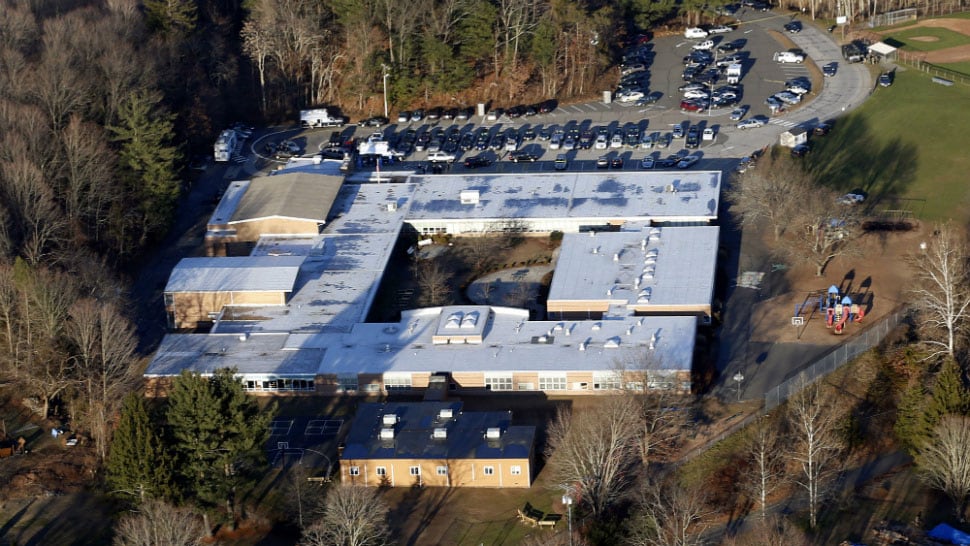 Demolition of the Sandy Hook Elementary School will begin by the end of the month and the projected finish date for the new facility is September 2016. (Photo credit: AP)

While the overwhelming majority of residents voted to move forward with the plan for tearing the school down, a small, yet vocal, minority expressed concerns over not so much in disagreement over closing the school down, but rather using the funds for such a project. Oppositions ranged from dwindling enrollment in the school district, forcing additional school closures, to repurposing the facility for other municipal purposes rather than tearing the old building down only to rebuild it on the same existing site.

But in the end, residents collectively decided that it’s best for the town and the school to move forward with the plan.

“I’m delighted with this overwhelming show of support for Sandy Hook,” Gaston said, “and a major step forward in the healing process.”