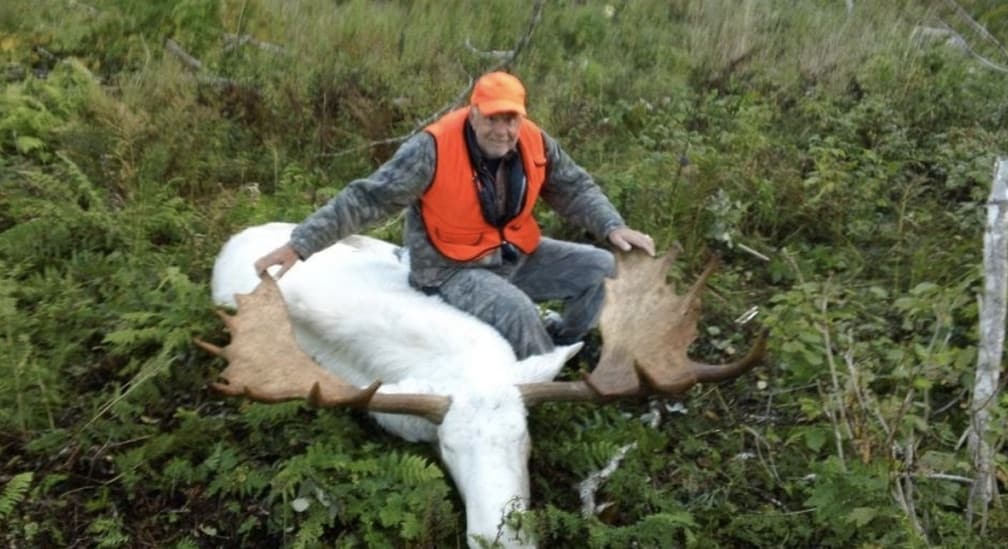 The Mi’kmaq people were outraged after hunters posted photos of their albino moose kill on social media.

Hunters who killed an albino moose later admitted to making a mistake after being chastised by local aboriginal communities.

The rare creature is considered to be a sacred symbol to the Mi’kmaq people, who call it a Spirit Moose, but according to Jim Hnatiuks, the owner of a hunting and taxidermy store in Lantz, Nova Scotia, the hunters had no idea.

“The hunters are saying, ‘We wouldn’t have shot the moose if we had known it meant that much,’” Hnatiuks told CTV News. 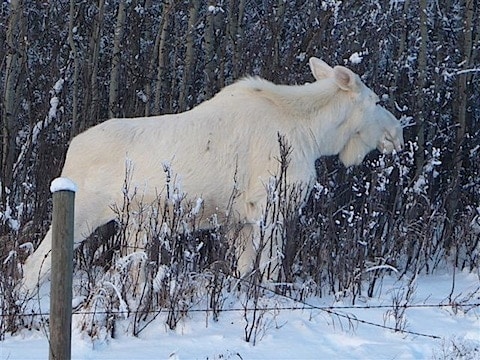 The albino moose, or Spirit Moose, is a sacred creature by the customs of the Mi’kmaq.

After taking down the moose on their hunting trip in the Cape Breton Highlands, the hunters brought the animal to Hnatiuks’ store to be stuffed and mounted, having no knowledge they had killed a Spirit Moose.

“They thought they had a successful moose hunt,” Hnatiuks said. “It was odd that they shot a white moose, but to find out, wow, there’s a lot more behind it”

When First Nations communities discovered photos of the hunters posing with the wild beast on social media, a public outcry quickly ensued.

While there is no government law that prohibits the hunting of an albino moose during hunting season and with the appropriate licensing, the Mi’kmaq say the hunters broke a lex unscripta, or an unwritten law that reflects their generations old cultural belief system.

According to Hnatiuks, the hunters are going above and beyond to show their respect towards the Mi’kmaq and their beliefs, going so far as to return the animal’s hide to the Mi’kmaq so they can perform a sacred ceremony. The hunters sent their kill to be stuffed and mounted, but returned the hide to the Mi’kmaq so they could perform a sacred ritual.

Chief Bob Gloade of the Millbrook First Nation recognizes the efforts the hunters have gone through, saying, “We’ve received full cooperation from the hunters and from Hnatiuks as well, and during the ceremonies next week, they’re actually willing to participate.”

“It shows a willingness to cooperate and an ability to show respect to not only the Mi’kmaq people, but also to culture and history,” he added.

Gloade went on to say he hoped that one day the Spirit Moose would be protected under the umbrella of hunting laws, not just tradition.

The hunters, though they killed an animal sacred to the Mi’kmaq, worked towards healing the strained relationship between aboriginal and non-aboriginal communities.