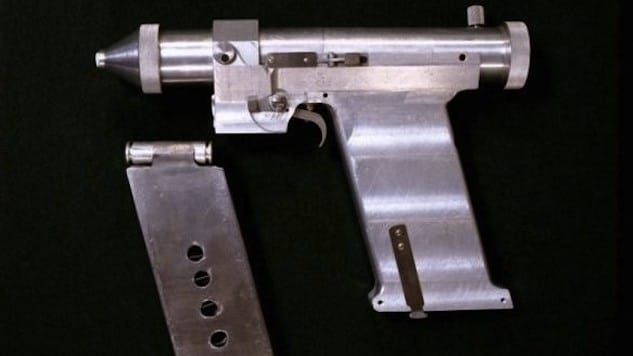 The laser pistol used “bullets” that were likely either high-output batteries or capsules filled with chemicals.

Russian cosmonauts may have used a laser pistol to shoot out the optics on enemy satellites.

The Russian cosmonauts had some pretty sneaky weaponry. But according to TheFirearmBlog, this laser pistol probably didn’t have the oomph required to do any real damage. Its intended purpose was to give the cosmonauts the ability to destroy optical components on enemy satellites that were floating through space.

The “bullets” in the magazine are likely ultra-high discharge batteries that would power the laser for a short time, or possibly a form of chemical flash powder to create the same effect.

Even if it can’t burn holes through satellites, the Soviet laser pistol is a pretty sweet piece of gear. 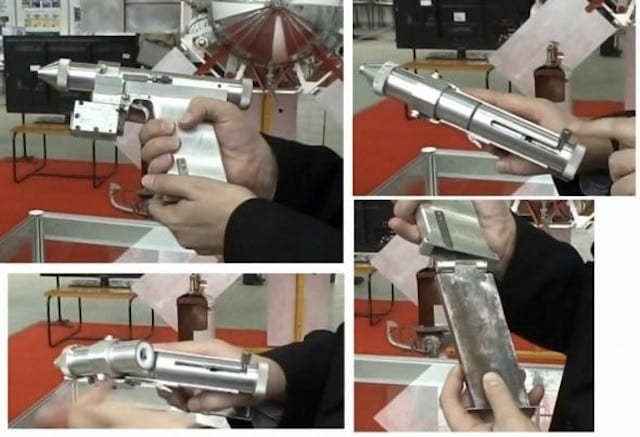 The laser pistol was developed for the cosmonauts to take out optics on enemy satellites.

The laser pistol may operate under the same principles of a ruby rod, featured above, which pumps a synthetic ruby rod (pink object on the right) with bright light from the flashtube (glass tube on the left) The process would create a laser pulse of light.