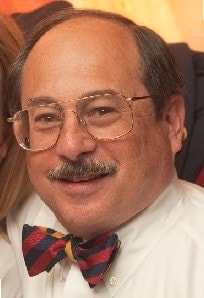 Alan Gottlieb, president of the Second Amendment Foundation and well known conservative strategist, has a bow tie for every day of the week.

On Dec. 14, one year after 20 small children and six adults were killed during the mass shooting at Sandy Hook Elementary in Newtown, Connecticut, several gun rights organizations plan to hold “Guns Save Lives Day,” a nationwide event to honor the victims and to counter “the anticipated push by the gun prohibition lobby to exploit the anniversary of the Newtown tragedy to push their political agenda.”

“We are proclaiming Saturday, Dec. 14 as Guns Save Lives Day,” said Alan Gottlieb, president of the Second Amendment Foundation and chairman of the Citizens Committee, in a press release. “In the coming weeks, you can go to GunsSaveLivesDay.com and get updates on this open source national project that all freedom loving organizations are invited to be a part of.”

GunsSaveLivesDay.com also has an online petition for gun owners and gun rights advocates to sign in support of the fundamental right to own a firearm for self-defense, the website states.  The groups plan on holding rallies and activities in all 50 states.

“The event is designed to counteract what certainly will be a day of activism and misinformation from the gun prohibition lobby,” said Larry Ward, founder of DefendGunRights.com, which is also helping to organize the event. “We wanted to ensure that the public has the facts on gun rights and understand how many Americans stand with them in defense of Second Amendment rights.”

“Americans are concerned about attempts to erode their gun ownership rights, and for good reason,” Gottlieb said. “Our mission with ‘Guns Save Lives Day’ is to assure them our groups are working day and night to thwart government gun-grabbers at every opportunity. We are going to show America that there is a good side to guns.”

“The Founders understood what many modern-day politicians do not: that Americans are safer – from crime and tyranny – when they have the means to defend themselves,” Ward added.

On the website, the groups tout defensive gun use statistics, explaining that Americans use firearms to protect themselves, their families and their property up to 2 million times annually.  Further noting that nearly half of those incidents occur outside the home without a shot being fired, demonstrating the importance of concealed and open-carry laws and how the mere presence of a firearm can deter violence.

“No one at Newtown should have been a victim,” Gottlieb concluded, “and no one in the future should be victimized by laws that do not allow people to defend themselves.” 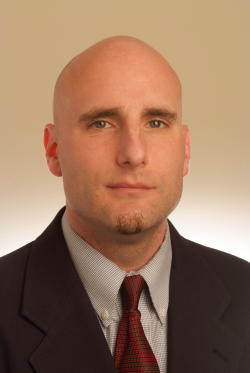 Ladd Everitt, Director of Communications for the Coalition to Stop Gun Violence.

Though, not everyone believes that holding a “Guns Save Lives Day” is an appropriate way to honor the victims of Sandy Hook.

“We think it’s repulsive and incredibly insensitive to the victims and survivors of the Newtown tragedy,” Ladd Everitt, Director of Communications for the Coalition to Stop Gun Violence, told Guns.com.

“December 14, 2012 was a day when a mentally troubled young man slaughtered 20 young children and 6 adults with an AR-15 equipped with 30-round magazines,” continued Everitt.  “To brand the anniversary of this massacre ‘Guns Save Lives Day’ is beyond the pale.”

“It also demonstrates that the Second Amendment Foundation has failed to learn the central lesson of the tragedy, because no one bought into the “Gun Save Lives” myth more than Nancy Lanza.  Her home was a virtual arsenal, with guns and ammunition everywhere, including in Adam’s bedroom,” he concluded.

What are your thoughts?  Will you be participating in “Guns Save Lives Day”?