Does the presence of a firearm escalate domestic violence to murder? 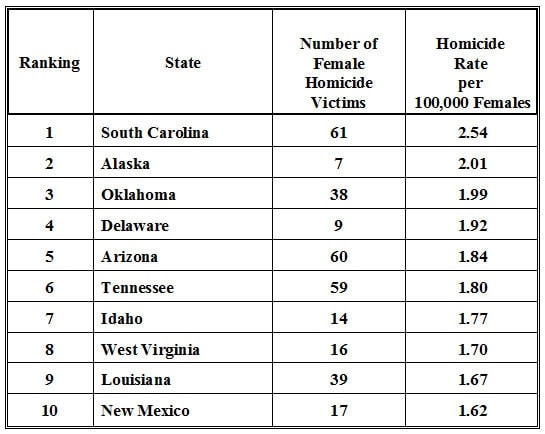 An article published earlier this week offered some sobering statistics about domestic violence, namely when it ends in the murder of a woman by her spouse or other intimate partner. While the article focuses on guns as the main instrument in these victims’ deaths and ultimately calls for greater gun control in the name of protecting those victims, even the article’s own statistics question the validity of whether or not passing more legislation to keep firearms out of the hands of the attackers will result in fewer deaths from domestic violence.

While domestic violence certainly has both male and female victims, this article will focus on females, which make up an overwhelming 85 percent of the victims, according to National Coalition Against Domestic Violence.

In 2011, 1,509 women were killed in single victim/single offender incidents by a male that they knew. Of those, 61 percent (926) were killed by spouses or other intimate partners. Fifty-one percent (769) of those murders involved the attacker using a gun, which still leaves nearly half – 49 percent – opting for other instruments of death, such as knives and other cutting instruments, bodily force and blunt objects.

Of course, not all of the above cited murders have been determined to be the result of domestic violence. However, they are the most recently reported statistics specifically looking at victimized women by a male that they were acquainted with. Comparably, the Federal Bureau of Investigation Uniform Crime Reports from the year 2000 indicates that 1,218 women were murdered by intimate partners. So it can be concluded that the two sources, even though they are from more than 10 years apart, are still an accurate estimate of fatal domestic violence cases seen each year.

Gun control advocates often claim that, “When it comes to guns and women, firearms are being used to take women’s lives, not defend them.” They cite statistics such as, “Females living with a gun in the home were nearly three times more likely to be murdered than those without one.” However, as NRA News Commentator and the girl behind the Girl’s Guide to Guns, Natalie Foster points out, these statistics are questionable, at best. Why? “It’s important to note that there is no list of American homes with guns in them,” Foster explains. “It’s actually unconstitutional.” With no accurate count of how many homes in the U.S. have firearms, it’s impossible to compare those homes to the number of homes without firearms.

“One woman murdered is obviously too many,” as the Violence Policy Center claims. However, that argument only seems to be one-sided and only deemed as appropriate when discussing gun control, not self-defense.  Some claim that occurrences of firearms used in self-defense are rare. Again, citing statistics such as, “In 2011, there were only 261 justifiable homicides committed by private citizens,” failing to leave out how many times a firearm was used against a perpetrator that did not end fatally or the times that just the mere sight of a gun was enough to stop the crime in progress. 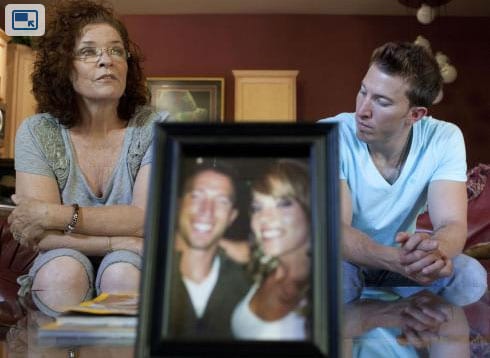 Pamela Blaies and her son, Jonathan, sit behind a picture of Amanda Blaies-Rinaldi. In 2011, Pamela showed Amanda a domestic violence pamphlet and said, “Look at this… this is you.” Amanda told her mother not to worry. Two days later she was dead after her husband shot her twice in the chest and three times in the head. All the signs were there beforehand. (Photo credit: USA Today)

Some argue that greater gun control will help to reduce fatalities from domestic violence, yet never discuss the times that guns are used — fatally or not — by women against their violent attackers.

October is Domestic Violence Awareness Month, with groups focusing efforts on ending domestic violence against women and their children. And some groups, such as Moms Demand Action for Gun Sense in America, are concentrating their energy on the “lax gun laws [which] make it easier for abusers to acquire a firearm than it is to purchase a Sudafed.”

So is the best way to reduce domestic violence to focus on the guns that are used in approximately 800 of the up to 6 million domestic violence incidences each year? Not likely, since multiple opportunities to end the violence – which is the ultimate goal – are present long before the attacker holds a gun or other weapon in his hands.

While there’s no argument that the cases which involve guns – or other weapons – lead to higher death rates in those particular events, these deaths rarely occur without prior domestic abuse.

“It would be rare for something like this to happen with no previous record of domestic violence,” said Carl Mangold, a licensed social worker who counseled more than 3,500 men convicted of abuse in Arizona and now trains others to work with offenders through the Arizona Coalition Against Domestic Violence.

In fact, according to one study, the pattern of domestic violence and the way in which it escalates and eventually claims the life of the victim is very predictable. So much so, that the signs are almost always present long before the disputes turn deadly, as explored by a 2012 article by USA Today.

Science, history and reason would stand to show that there are other means, rather than tighter gun restrictions, that would aid in reducing domestic violence before it becomes fatal.

For example, according to a study by Johns Hopkins University, access to shelters result in an estimated 60 to 70 percent reduction in both recurring incidences and the severity of  future assaults during the following three to 12 months after visiting the shelter.

Moreover, an added benefit of women seeking refuge in shelters is the fact that they are able to get their children out of the abusive home, essentially helping to break the vicious cycle of violence. Boys who witness abuse between parents are twice as likely to become abusers as adults, and girls who witness abuse are more likely to engage in abusive relationships as adults. An estimated 3.3 to 10 million children witness domestic violence every year in the U.S. Additionally, approximately 30 to 60 percent of those who abuse intimate partners also abuse the children in the home.

Yet even with the remarkable results of having access to these shelters, there are only about 1,500 shelters for abused women and children across the United States. However, there are over 5,000 animal shelters in the country, a harsh indication of where society places its values.

In addition, the study also showed that the availability of shelter services resulted in more positive effects for the victims rather than seeking court or law enforcement protection or even relocating. In fact, according to the National Coalition Against Domestic Violence, more than half of all protection orders filed after physical assaults were violated and more than two-thirds of protection orders were violated after being filed by victims of rape or stalking. 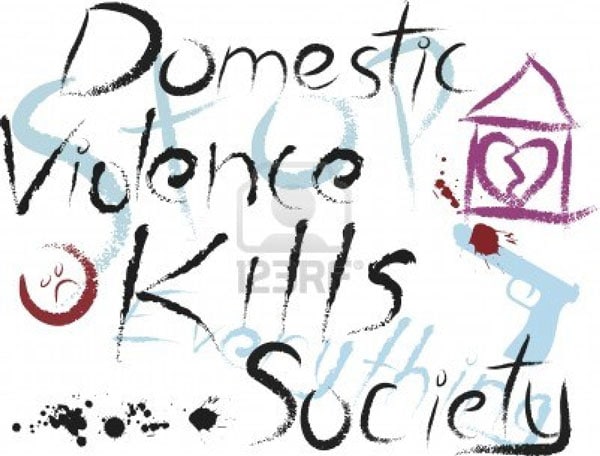 Domestic violence is the most underreported crime in the U.S.

Other factors that often escalate the severity of domestic violent also include drug and alcohol use, depression and other mental disorders and low income or job loss.

So why focus on gun control measures to try to keep guns out of the hands of abusers when there are so many other options that can be explored before the violence reaches that point? If the goal truly is to save lives – and who would argue with that – why not put more emphasis on the things which have been proven to reduce the violence before it increases to a deadly level?