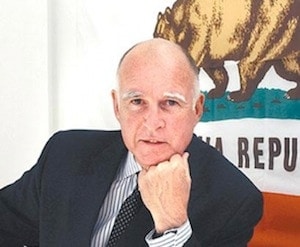 California Gov. Jerry Brown signed 11 gun-control bills into law while also vetoing seven, including one that would have outlawed any semiautomatic centerfire rifle capable of accepting a detachable ammunition magazine on Friday.

In a message to the legislature, Brown said that Senate Bill 374, which would have banned millions of widely popular and commonly owned rifles, was unnecessary given the state’s existing laws and the negligible effect it would have on gun-related crime.

“The state of California already has some of the strictest gun laws in the country, including bans on military-style assault rifles and high capacity ammunition magazines,” Brown wrote.

“I don’t believe that this bill’s blanket ban on semiautomatic rifles would reduce criminal activity or enhance public safety enough to warrant this infringement on gun owners’ rights,” the governor added.

“Since the horrendous mass shooting in Newtown, Connecticut, last December, more than 1,100 Californians have been killed by continuing gun violence,” Steinberg said in a statement. “We have missed the opportunity to curb that violence and save more lives.”

“I am not persuaded that it is necessary to prohibit gun ownership on the basis of crimes that are non-felonies, non-violent and do not involve misuse of a firearm,” Brown wrote of SB 755.

At a glance, and courtesy of the SF Gate, here is a list of some of the gun-control bills the governor signed (for the full list, click here):

— AB48 makes it illegal to purchase the parts necessary to convert guns into assault-style weapons and requires people selling or transferring ammunition to record the identification of the buyer and report the sale to the state Department of Justice.

— SB683 will require people who buy rifles and shotguns to first pass a written firearm safety test and obtain a certificate, just like the buyers of handguns must.

— AB500 allows the Department of Justice to extend the waiting time to purchase a firearm if a background check can’t be completed within 10 days.

— AB170 requires assault weapon permits to be issued to individuals, rather than to partnerships, corporations or other groups.

— AB1131 extends from six months to five years the period during which a person who threatens violence is prohibited from purchasing a firearm.

— SB127 requires licensed psychotherapists to disclose to local law enforcement within 24 hours the identity of a person who threatens violence against a reasonably identifiable person.

Additionally, Brown signed AB711, a bill that will ban hunting in the state with lead ammunition by 2019. 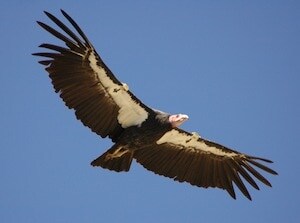 The California condor, an endangered bird.

“It’s a big win for people and birds,” David Yarnold, the president of the National Audubon Society, told SFGate.com. “This was a commonsense solution. It is not a ban on hunting. It’s a ban on poisons in the food chain.”

Yarnold claims that lead residue is responsible for killing non-target animals, including the endangered birds.

Overall, both gun control advocates and gun rights activists were simultaneously delighted and disappointed with Brown, perhaps a sign that he found an appropriate compromise between the two sides.

“We are immensely happy with the bills that he vetoed, and horrifically distressed with the bills that he signed,” Sam Paredes, executive director of Gun Owners of California, told the LA Times. “He has planted his feet firmly astride of the fence, and like King Solomon, he has decided to split the baby in half.”

Looking ahead, it’s doubtful that the Democratically-controlled Legislature will try to override any of the governor’s vetoes, despite having a supermajority.