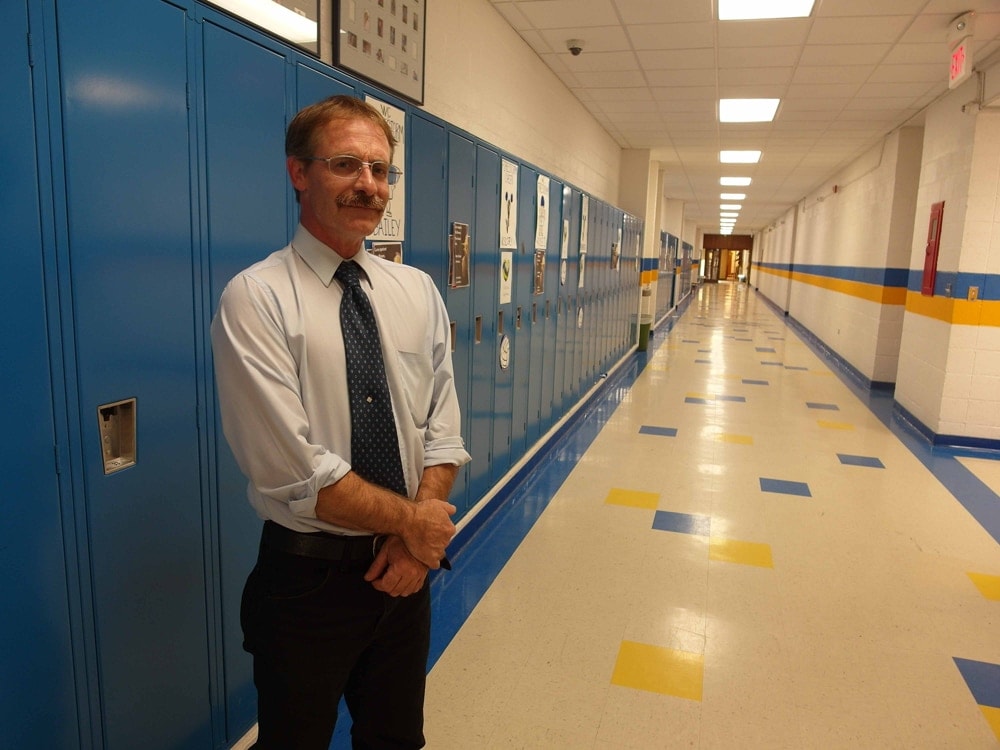 D’Wayne Johnston’s resignation will be effective at the end of the school year on June 30. (Photo credit: Oil Patch Dispatch)

Tioga school superintendent D’Wayne Johnston submitted his resignation after he was caught carrying a gun onto school property Oct. 2, a decision that, according to The Associated Press, he now admits was not a very good one.

Johnston brought the gun to school following an expulsion of one of the students. Apparently when Johnston informed the boy, who had previous behavioral problems, that he was to be expelled, the student retaliated by making a gun gesture with his hands, which Johnston interpreted as a threat.

According to Johnston, both students and other staff also feared they “might say or do something wrong to set this individual off.”

Although Johnston had prior dealings with the student and had even called the police on him before, for whatever reason he decided not to involve law enforcement in this particular incident, which he felt was a threat to not only his own safety, but that of the students and other staff.

“I wouldn’t venture into a decision like this lightly,” Johnston said in reference to choosing to bring the gun to school. “But it was a decision I made on my own.”

Johnston carried the gun under his suit jacket in a holster situated at the small of his back. However, he admitted that “it wasn’t concealed very good.” The weapon was seen by some staff members, one of which who approached Johnston, asking him if there was a situation that should cause concern. Several faculty members contacted School Board President Mark Schmidt to alert him of the situation, which prompted an immediate investigation by Schmidt and subsequent removal of the gun from school property.

Following the incident, Johnston offered his resignation, which resulted in the school board calling a special emergency meeting Friday.

Johnston was offered paid administrative leave if he felt that he was in danger, but declined, saying that he felt the immediate danger had passed.

“I really believe that it’s going to be in the best interest of the kids, the school, the community and myself,” Johnston said of the resignation.

“In this instance, I’ve let the community down in a tremendous way, and not in a way that brings good light. And they are such good people here,” Johnston told the local NBC affiliate.

The school district in the once tiny town has more than doubled in size over the last three years thanks to an oil boom. (Photo credit: The Bismarck Tribune)

Schmidt said that he’s still receiving phone calls about the incident and opinions vary from those who think all staff members should have the right to carry concealed guns on school property if they wish to others who think that Johnston should immediately be let go.

“Right now, I do not believe he is a danger to anyone and he admitted to the wrongdoing,” Schmidt said, adding that this is an isolated incident and they have never had any problems or complaints about Johnston in the past.

Schmidt also explained that with the current principal on medical leave and the school district growing faster than the staff thanks to a recent oil boom, it’s appropriate to let Johnston, who has been superintendent for six years and employed by the school district for nine, maintain his position for the remainder of the school year.

Additionally, Schmidt said that during his initial investigation he talked with several other staff members, none of which said they ever felt threatened by Johnston, even though he was carrying a handgun.

Johnston openly admits that what he did was wrong. “What I did was not an appropriate way to deal with school safety,” he said. But he also hopes that the incident will help everyone else to understand how community resources are available for help in every situation, “so no one person has to feel like they have to take it on themselves,” he said.