Czechpoint USA is bringing a newer version of the Sa vz. 61 Scorpion to the American market, the commercial variant of the Škorpion Sa vz. 61 submachine gun. The original Scorpion is a neat gun, but most would agree that without the full-auto option, it’s mainly a range toy chambered for .32 ACP. This Scorpion gets an upgrade. It’s chambered for .380 ACP.

With a generous 20+1 capacity, the .380 Scorpion goes from a Com Bloc plinker that only works reliably using over-pressure ammo to something more interesting and considerably more practical. 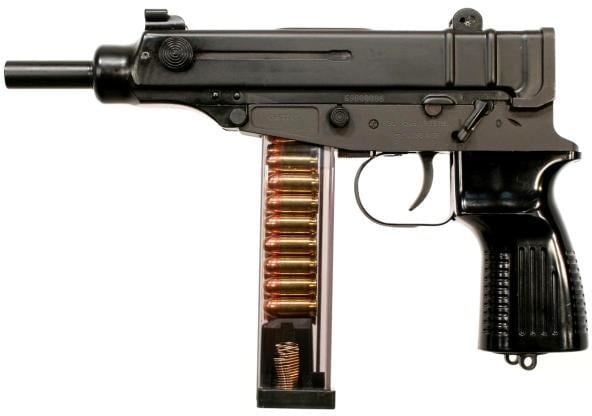 Although the military Sa vz. 61 predates the “PDW” or Personal Defense Weapon concept by several decades, it serves a similar role. It’s a very small sub-caliber submachine gun not much larger than a full-size handgun with a folding stock, small enough for special forces, security details and tankers and other vehicle crew members short on space. For that reason it’s still in production to this day, more than 50 years later.

The commercial variant, at least the U.S. version, ditches the folding stock and the full-auto fire control group, which even with a rate reducer cycles at about 850 RPM and will empty a 20-round magazine in less than two seconds.

It was first chambered for a special hot-loaded .32 ACP cartridge and as such the commercial variant often runs into trouble with ammunition loaded for pocket pistols. This version was designed for off-the-shelf .380 ACP which is easier to find in both practice and self-defense loads.

While there are good cases to be made for the superiority of more common (and often less expensive) service cartridges, it’s hard to argue with 21 rounds of .380 ACP, and even though this isn’t necessarily the first gun a person would want to reach for in a real-world situation, it’s without a doubt not something to sneer at. 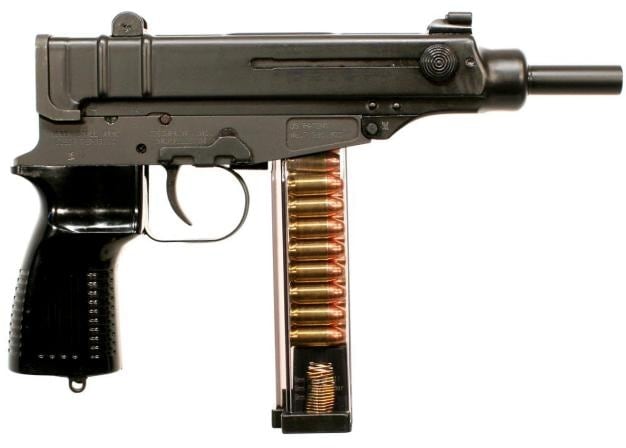 Especially with it’s long, 4.53-inch barrel. While most guns chambered for .380 have barrel lengths around three inches long give or take, this Sa vz. 61’s extended barrel will have much improved ballistics with the lightweight cartridge.

Of course, there are other things that may make this more of a plinker than a self-defense gun, such as the submachine gun controls and case ejection out the top. Also, the gun’s sights were designed for military use in the ’60s, things have come a long way since then.

Still, you could do a lot worse with $615. Czechpoint is offering these guns at a surprisingly low price. Each one comes with two polycarbonate magazines, one standard black magazine and a clear magazine that lets you see the round count.

Czechpoint is waiting on additional magazines and expects them in stock in early 2014.

For all the specifications, check out the product page.

What do you think: fun range toy, genuine self-defense tool or both?