The Duke basketball team visited a military range simulator during a visit to West Point on Saturday, which photo documentation trickled out via social media.

Coach Mike Krzyzewski took his Blue Devils on a trip to his alma mater over the weekend. The team got glimpse into what life is like as a cadet at the iconic military campus. During the trip, the players visited the Combat Simulation Lab to fire off M4s and an M240s.

The simulator combines real, albeit modified, rifles and video games. It provides the user with active targets and the weapons are connected to a hose that, with pressurized air, provides the feeling of recoil when a shooter pulls the trigger.

While there were reports of disapproving comments about the players posing with guns, most seem to be know-it-alls correcting players on trigger discipline or the negative Nancys came out calling everything lame and stupid. 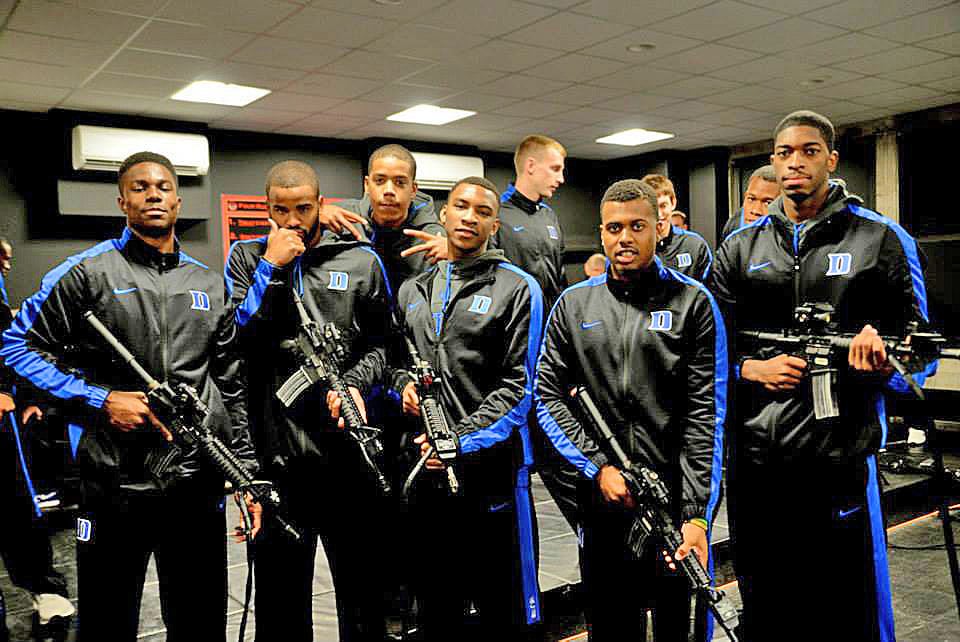 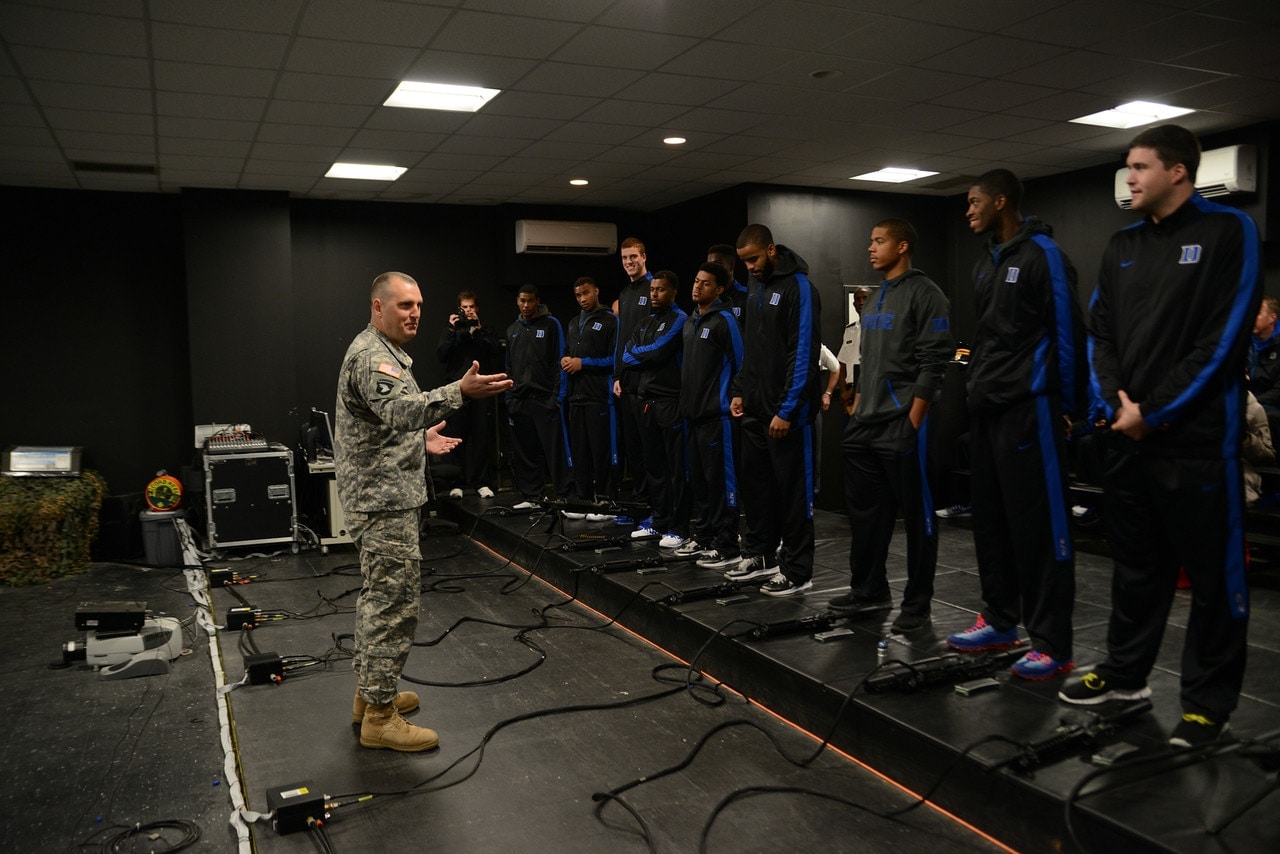 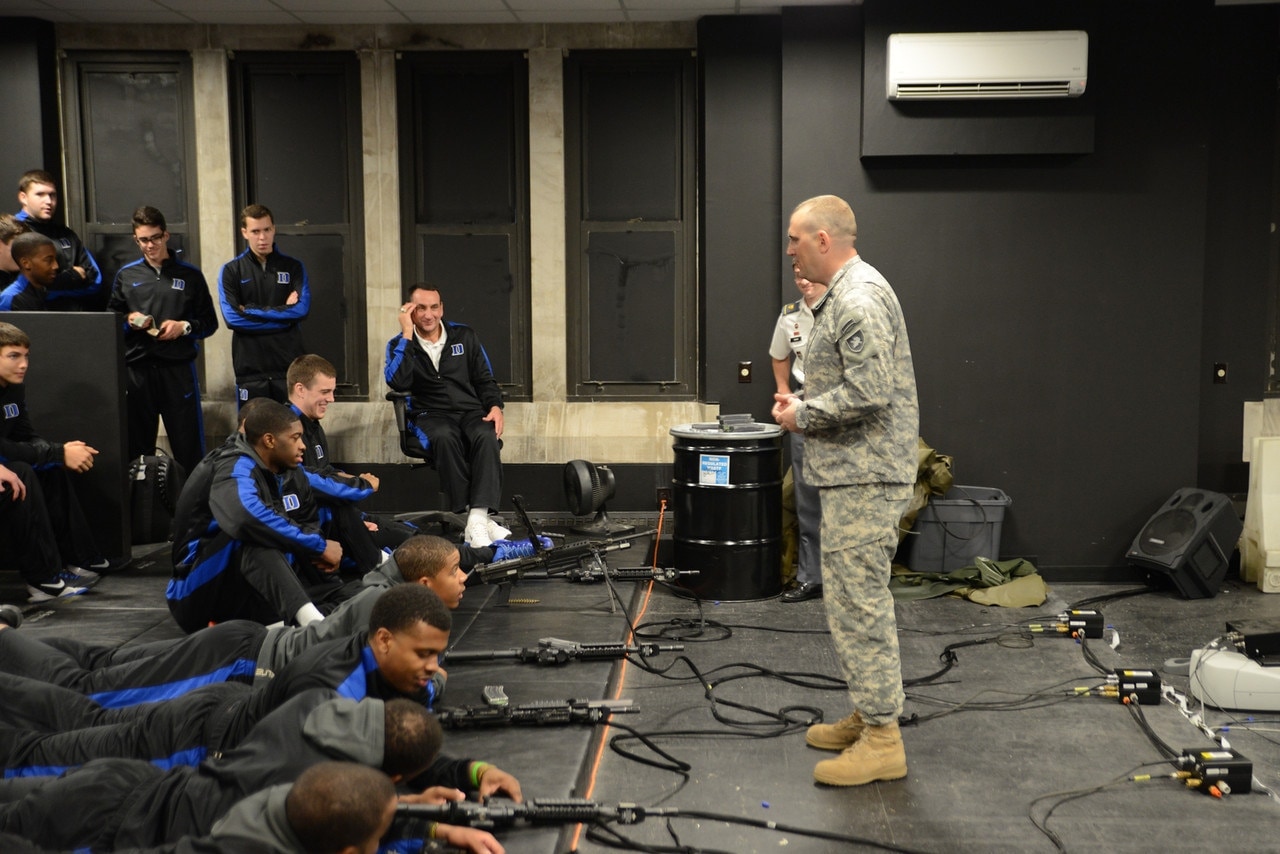 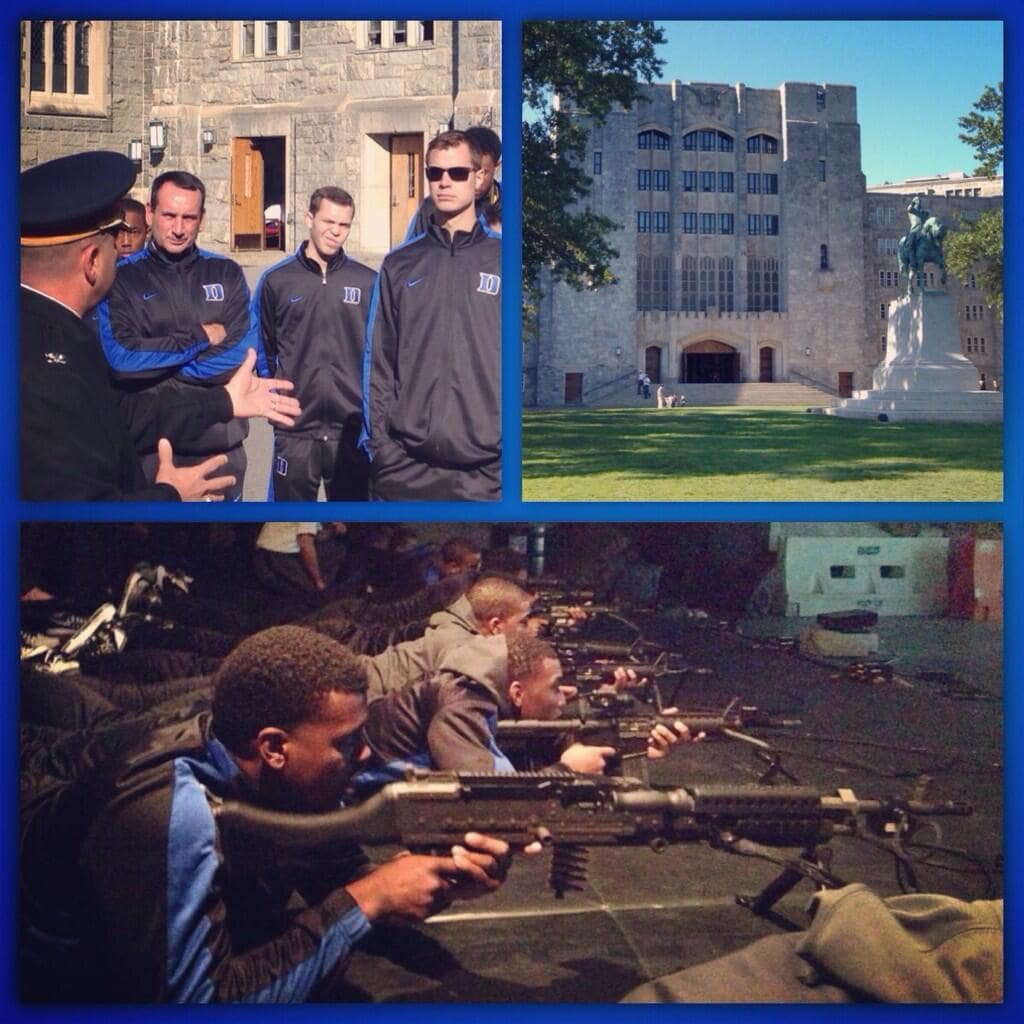 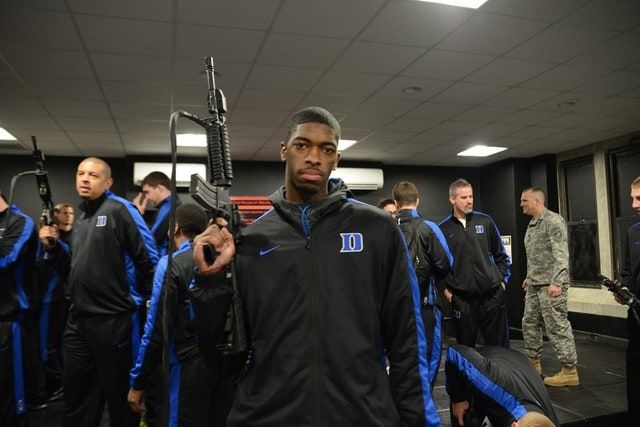