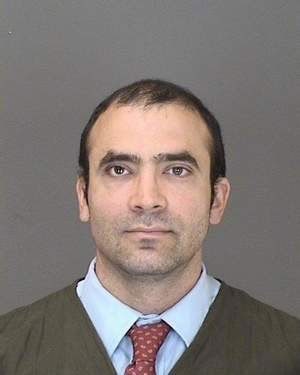 Norris Acosta-Sanchez was wanted for the rape of a girl under the age of 15. (Photo credit: New York State Police)

An Orange County, New York father of three has been charged with second-degree murder after he shot and killed a 35-year-old man wanted by authorities for the alleged rape of an underage girl this past summer.

The shooting incident, which happened Friday, followed an intense search for the suspect by authorities and, according to the Times Herald-Record, has left area residents questioning why the suspect returned to the area after his escape and why the man, who some say was protecting his family, is now facing murder charges.

Ramapo Detective Sgt. John Lynch told local media that they had been searching for Norris Acosta-Sanchez since July when the girl’s parents discovered and reported the rape. Acosta-Sanchez had been indicted by a Rockland County grand jury for felony second-degree rape and second-degree criminal sexual act and a misdemeanor count of endangering the welfare of a child.

“We were looking to arrest him for these charges,” Lynch said. “We had tried several means to locate him. We were not successful.”

Nonetheless, Carlson contacted the police Wednesday to alert them of where Acosta-Sanchez, who had changed his appearance, used a fake name and avoided using any electronic devices that could be traced, had been hiding. The Orange County Sheriff’s Department then showed up Thursday afternoon to arrest Acosta-Sanchez, but apparently he was staying in a makeshift shelter near the cabin and saw law enforcement as they surrounded the cabin.

He then fled into the woods and eventually swam about a quarter of a mile across the Rio Reservoir to escape. This led authorities on a massive manhunt, which included law-enforcement personnel, boats and helicopters. The search was called off that night when it became too dark to continue.

However, Acosta-Sanchez returned to the area where he had been living the following morning. It was then that, according to NBC New York, Carlson once again crossed paths with him on his own 22-acre property and, armed with a 12-gauge shotgun, led Acosta-Sanchez at gunpoint to a neighbor’s house to call the police.

Only before they arrived at the house, Carlson fired four shots, two of which hit Acosta-Sanchez and killed him. 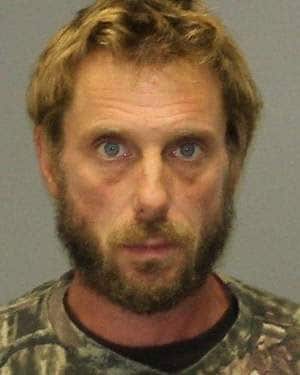 Details of what led up to the shooting have not been made available, but Carlson, who neighbors describe as a “really good man” who is kindhearted and generous, has been charged with second-degree murder, a decision that not all of the residents of the small town are happy about.

“Knowing the backstory to the situation with David trying to notify the police, it’s just horrifying that it ended this way,” said Anna Li, who lives next door to Carlson.

Another nearby neighbor, Bruce Mann, told reporters about some of the things Carlson had done for him, including loaning him tools and bringing him firewood. “I’m still in shock,” Mann said, referring to the charges against Carlson. “He’s one of the best people I’ve ever met.”

The fact that the incident took place in the normally quiet, small town has others on edge and rethinking personal safety.

Judy Metzroth, who has lived in the area for 16 years, said “Nothing ever happens here.” She said that she has applied for a pistol permit, but that it could take up to six months before she got it. Meanwhile, after talking with reporters, she admitted that she was off to buy a shotgun.