Veterans stormed the World War II memorial in Washington, D.C., frustrated and angry over the lengthy government shutdown that could lead to the end of their benefits.

Sunday’s Million Vet March protest started at the World War II memorial, which has already been stormed before since the shutdown began, before moving on to the National Mall and eventually migrating to the White House.

Protestors waved American flags and held signs that read “Less Government. More Fun.” They also joined together to sing patriotic songs like “God Bless America.” All the while, the zealous group chanted, “Tear down these walls,” as they expressed their anger, the Daily Mail reported.

Governor Sarah Palin handed out American flags and Republican Utah Senator Mike Lee spoke during the protest, even though support for his agenda has dropped dramatically, the Daily Mail said.

The federal government is running out of time to make a decision, having enough money for four more days of shutdown before running the risk of defaulting on massive amounts of debt.

Veteran Affairs Secretary Eric Shinseki told Congress earlier last week that if the government was still shut down by November 1, benefits would end.

As the struggle between Democrats and Republicans wanes on, the World War II memorial continues to stand as a political symbol that protestors can rally behind. 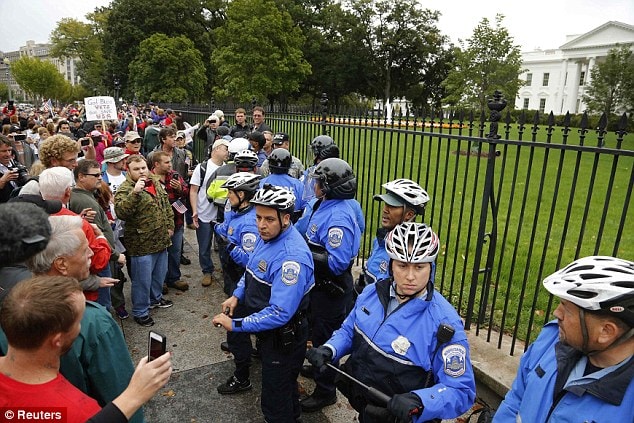 Protestors gathered at the WWII memorial in Washington D.C. before migrating to the White House. 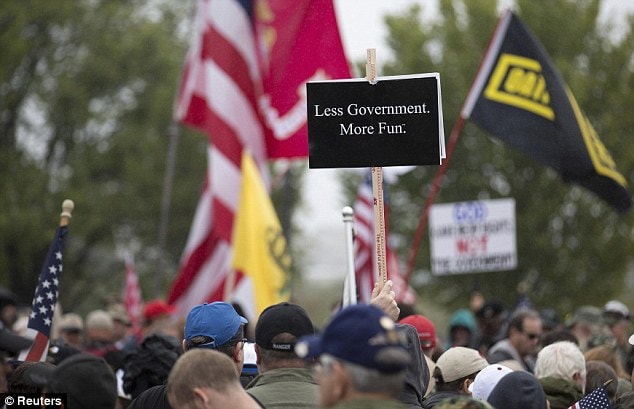 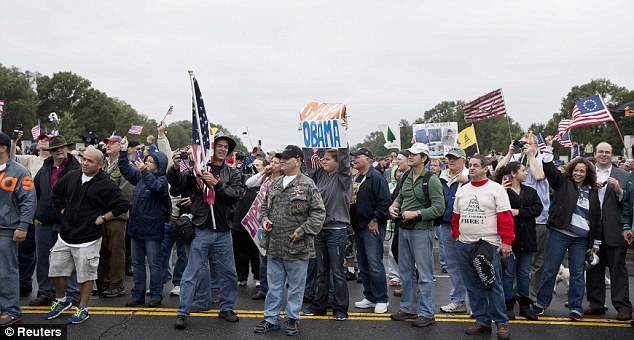 Protestors of the Million Vet March stand in front of the WWII memorial. 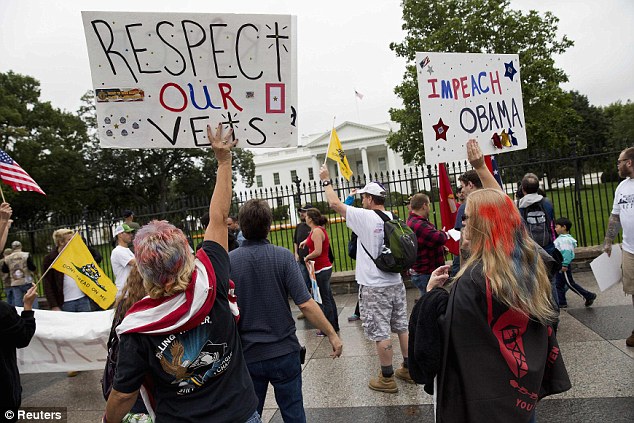 The protestors don’t just want the government shutdown to end, they want Obama out of office. 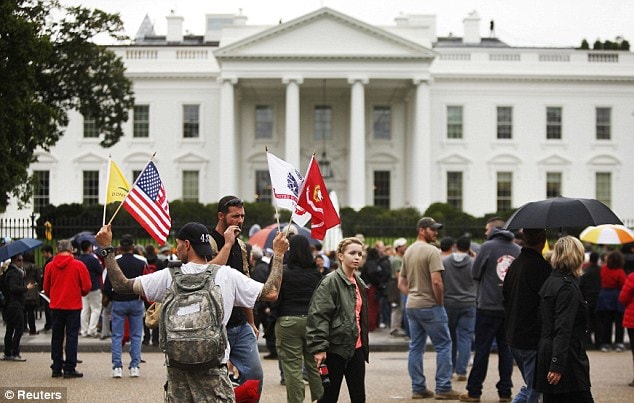 Eventually, the protestors took their efforts to the White House. 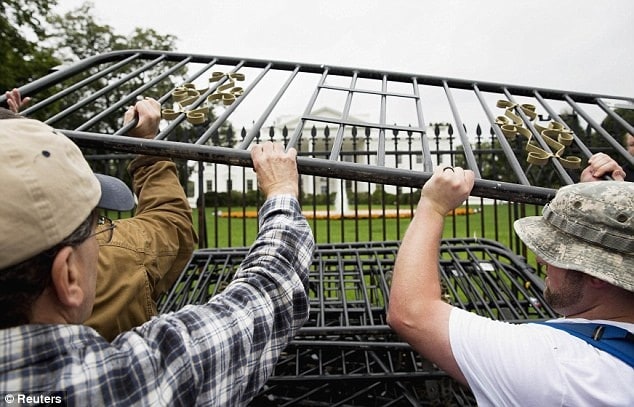 Protestors stack barricades from what is believed to be from the WWII memorial. 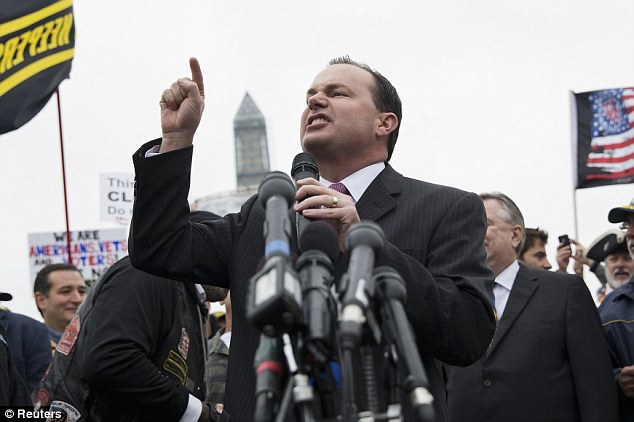 Lee spoke during the protest, even though his support has diminished greatly. 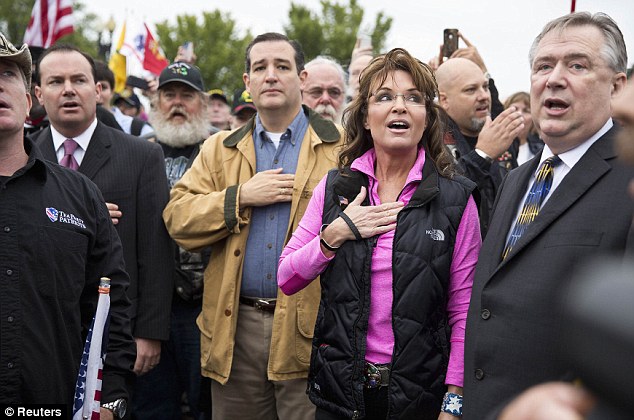 Palin and Cruz recite the Pledge of Allegiance.