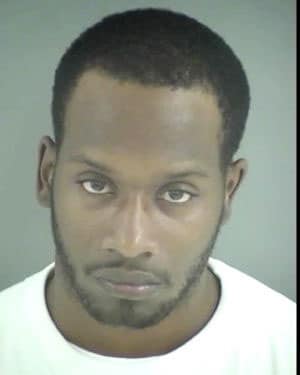 A New York man was sentenced to two years in prison last week after he plead guilty to attempting to illegally purchase a firearm at a gun show in Richmond, Virginia on July 7.

According to the Richmond Times-Dispatch, the case is “being touted as a key example of the cooperation between licensed firearm dealers and police in stopping prohibited gun sales.”

Apparently 27-year-old Lamont Reaves, who has a felony crack cocaine offense and other previous gun related charges, is unable to legally purchase a firearm, but attempted to do so anyway at the Virginia gun show. Not only did he not get a gun, but the dealers he tried to buy from contacted the authorities to alert them of what he was trying to do.

According to witnesses, Reaves went from table to table at the gun show trying to get someone to sell him a gun privately without a background check. The venders refused to sell to him and several of the federally licensed firearms dealers  contacted state trooper D.M. Sottile, who works closely with the FFL’s during gun shows. Sottile identified Reaves, verified that he was a convicted felon and subsequently arrested him.

Sottile stated that several of the dealers were also willing to testify against Reaves had the case gone to trial.

The prosecutor in Reaves’ case and former police officer, Robert C. Cerullo, used this case as a prime example of the cooperation between law enforcement and federally licensed firearms dealers in an effort to keep guns out of the wrong hands.

Sottile also stated that he and other state troopers have developed relationships with firearms dealers at the gun shows, which has been instrumental in reducing illegal gun sales.

“Licensed gun dealers play a major role in stopping illegal gun purchases, especially straw purchases,” in which one individual makes a purchase for another individual because that individual cannot legally make the purchase themselves, Sottile said.

“In my experience at gun shows and licensed firearms storefronts throughout the Richmond area, dealers have contacted me if they suspect someone — through his or her conversation with the customer or the customer’s odd behavior — is attempting to make an illegal purchase.” Sottile added. “I can’t thank the dealers enough with whom I work with for their help in aiding in criminal prosecution.”

Virginia state law – like many other states – currently allows the purchase of firearms through a private party without a background check. Gun control advocates have long used this as an example of where guns wind up in the hands of those in which they don’t belong and they therefore push for background checks with every single gun purchase, including those made at gun sales through private sellers, what’s commonly known as the “gun show loophole.”

Of course, gun rights advocates argue that these sales make up only a very small percentage of overall purchases and that most responsible gun owners take steps to ensure that they are not selling to an individual who has had their rights to gun ownership revoked, such as convicted felons and those involuntarily committed for mental illness.

But it’s difficult to say how prominent these transactions are since they aren’t tracked.

“I’ve heard the argument from Mayors Against Illegal Guns, but how does anyone say whether they are numerous or not if we don’t track it?” Cerullo said. “They say it happens all the time. Maybe. But then maybe not.”

Nonetheless, the continued cooperation between federally licensed firearms dealers and law enforcement will ensure that individuals like Reaves will not simply walk into a gun show and illegally purchase a firearm.