A reckless 22-year-old Nashville native was “playing around” with a firearm when he negligently discharged the weapon, firing a round through the floor of his multi-story apartment complex and striking a sleeping woman in the unit beneath him.

The alarming incident took place at approximately 11 p.m. when David White was playing with his gun inside his bedroom, ABC affiliate WATE reported. The bullet traveled through White’s floor – his downstairs neighbor’s ceiling – before entering into the victim’s left shoulder and lodging into her chest. The victim’s husband, Vincent Goutremont, said he and his wife were both asleep when he awoke to a terrifying scream. 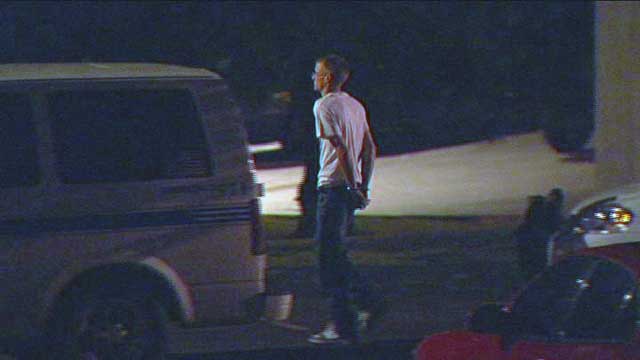 David White was arrested after he negligently shot a mother of two.

The victim was transported to Vanderbilt University Medical Center and according to Goutremont, she didn’t suffer any life-threatening injuries and should be released from the hospital Monday. Though Goutremont said doctors planned to leave the bullet in his wife’s chest.

Just six feet from where the victim was struck by the bullet, a 1-year-old baby was asleep in a crib.

When police went to White’s residence, they discovered marijuana and 1.5 amphetamine pills. He was arrested and charged with reckless endangerment, possession of a controlled substance and drug possession without a prescription. His bail is set at $15,000.