Nooses hang from a tree, empty graves litter the lawn and a bloody, decapitated corpse lies pinned beneath the garage door. This is the grisly Halloween scene as set up by a Mustang, Oklahoma, man that looks so real, neighbors called 911.

Neighbors were scared, and according to the Daily Mail, that’s just the reaction Johnnie Mullins was hoping for.

“Just trying to scare people,” the father of two young girls told News9. “That’s what I like to do.” 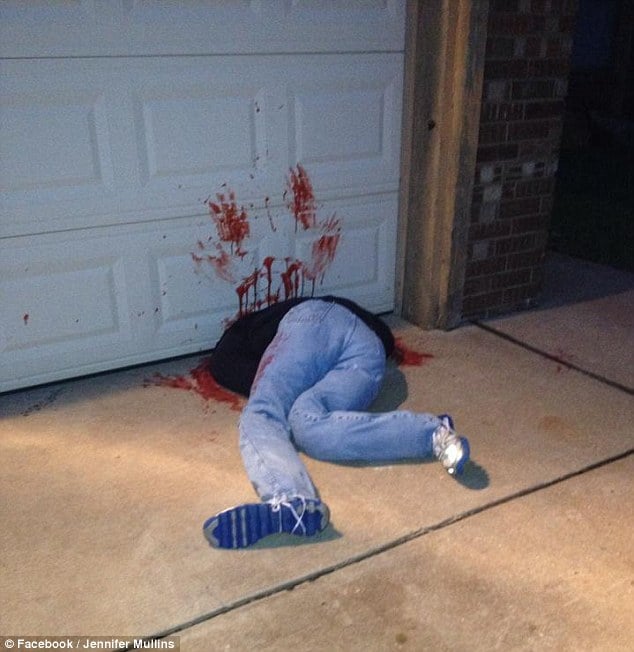 Crushed Kenny, the life size dummy, lies pinned beneath the garage door, which seems to have relieved him of his head.

Mullins insisted the children in the area were unaffected by the headless cadavers, but the macabre Halloween setup proved too intense for some of the adults.

“My heart about came out of my chest. I thought, ‘Oh my God,’” Rebecca Fuentes said. “I think it’s real, just think of what a child would think.” 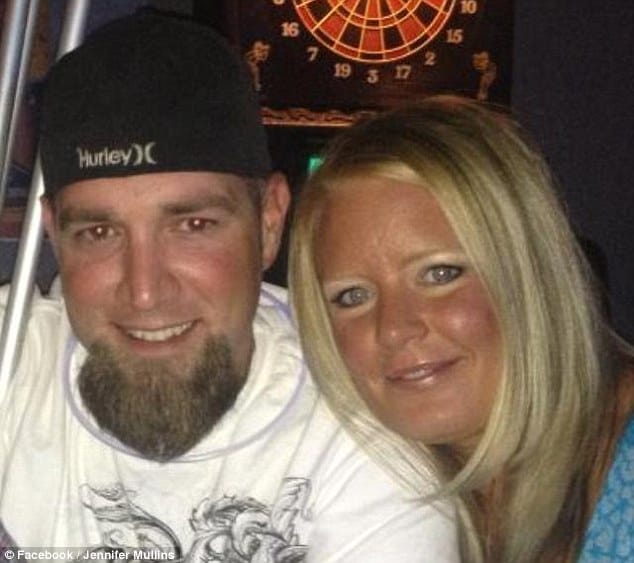 Mullins, married with two children, insists there is nothing wrong with his decorations.

While Fuentes may have initially thought the dummy, or Crushed Kenny as Mullins aptly name it, was real, at least one neighbor genuinely believed it, and reported it to the police.

First responders arrived at the scene and after discovering they responded to a prank, they informed Mullins he was not in violation of any laws.

Emboldened, Mullins has added a new addition to the homemade horror scene. Dead Fred, another lifeless dummy, now lies beneath the wheel of his truck. His head is obliterated and fake blood oozes from the spot.

Enjoying every moment of the controversy sparked by his imagination, Mullins has taken to Facebook to repost articles about himself, as well as to boast that he is to appear in a segment of Jimmy Kimmel Live this week.

But in a sobering moment, Mullins was forced to heed the weather and bring his life size dolls inside, giving Crushed Kenny and Dead Fred a reprieve from the harsh outdoors.

“Well, I’m kind of sad today,” he wrote. “The rain has washed my blood away.” 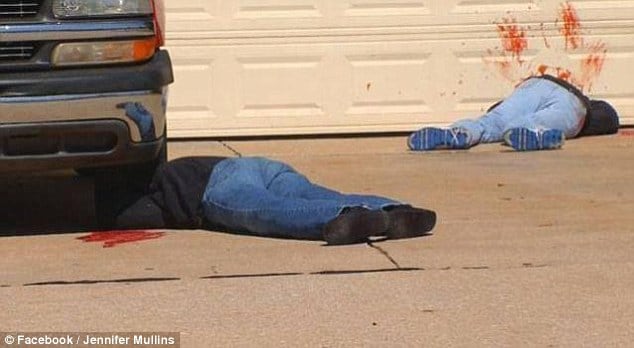 After first responders told Mullins he was doing nothing illegal, he added another dummy, Dead Fred.