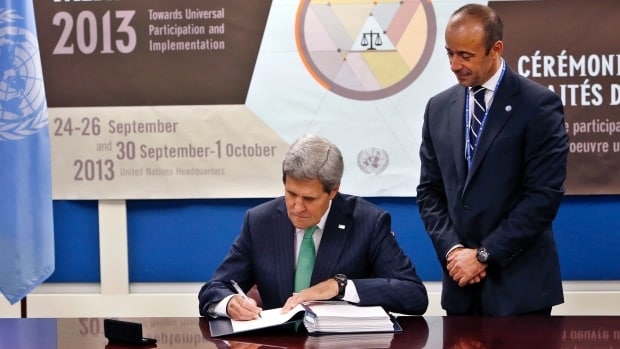 Sen. Joe Manchin (D-WV) sent a letter today to the White House, along with 49 other senators and 181 members of the U.S. House, urging the president to notify the U.N. that the United States does not plan on ratifying the controversial Arms Trade Treaty, which seeks to regulate the world’s annual exchange of $70 billion in conventional weaponry.

Despite the fact Secretary of State John Kerry has signed the agreement and President Obama strongly backs it, the ultimate decision on whether it is adopted by the U.S. falls to the Senate, which must pass it by a two-thirds majority.

Given that 50 senators have promised to vote against the ATT, it’s pretty much dead in the water and that was the essence of Manchin’s letter.

“As members of the Senate, we pledge to oppose the ratification of this treaty, and we give notice that we do not regard the U.S. as bound to uphold its object and purpose,” stated the bipartisan letter.

Beyond stating the obvious — this is the third time members of the Senate have sent a correspondence to the White House disclosing their intent to vote against the ATT —  the letter listed six concise reasons why they will not endorse the ATT.

1. The treaty failed to achieve consensus, and was adopted by majority vote in the U.N. General Assembly. This violates the red line drawn by the Obama Administration;

2. The treaty allows amendments by a three-quarters majority vote, circumventing the power and duty of the U.S. Senate to provide its advice and consent on treaty commitments before they are assumed by the United States;

3. The treaty includes only a weak non-binding reference to the lawful ownership, use of, and trade in firearms, and recognizes none of these activities, much less individual self-defense, as fundamental individual rights. This poses a threat to the Second Amendment;

4. The State Department has acknowledged that the treaty is “ambiguous.” By becoming party to the treaty, the U.S. would therefore be accepting commitments that are inherently unclear;

5. The criteria at the heart of the treaty are vague and easily politicized. They violate the right of the American people, under the Constitution, to freely govern themselves. The language restricts the ability of the United States to conduct its own foreign policy and allows foreign sources of authority to impose judgment or control upon the United States; and,

6. The State Department has acknowledged that the treaty includes language that could hinder the United States from fulfilling its strategic, legal and moral commitments to provide arms to key allies such as the Republic of China (Taiwan) and the State of Israel.

Naturally, the National Rifle Association was thrilled by the letter. “The Obama administration has repeatedly demonstrated its contempt for our fundamental, individual Right to Keep and Bear Arms,” said Chris W. Cox, executive director of the NRA’s Institute for Legislative Action, in a press release.

“With 67 votes in the U.S. Senate being necessary for ratification, these letters send a clear message to President Obama and Secretary Kerry that this attempt to undermine our Right to Keep and Bear Arms will be met with strong opposition,” Cox continued.

The politics of the letter

Perhaps I’m the only one, but does it strike you as odd that Sen. Manchin is leading the effort to oppose the ATT in the Senate? 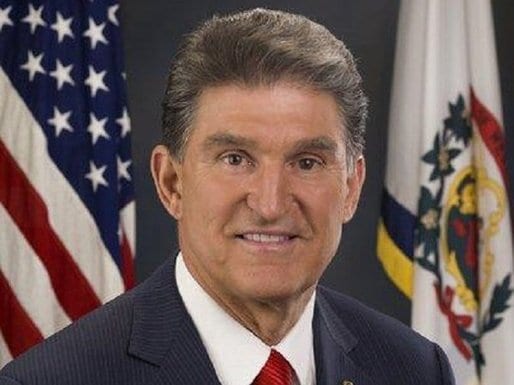 Don’t get me wrong, I think he’s doing the right thing, but I can’t help but to feel that he is also trying to score political points with the gun community and the NRA after he tarnished his good standing (he had at one point an ‘A’ rating from the NRA) this past spring pitching his expanded background check agreement that he cosponsored with Sen. Pat Toomey, which would have required background checks for private transfers made over the Internet and at gun shows.

For example, Manchin said this concerning the ATT:

“Under no circumstances should this country surrender our gun rights to the control of the United Nations.  While we can work toward improving the regulation of the international trade of weapons, I am very concerned that the rights of law-abiding Americans would be violated by entering into this agreement. I strongly oppose any treaty that infringes on our Second Amendment rights.”

Meanwhile, at one point in time, he pushed the Manchin-Toomey Amendment that to use the NRA’s assessment of it, “would have criminalized certain private transfers of firearms between honest citizens, requiring lifelong friends, neighbors and some family members to get federal government permission to exercise a fundamental right or face prosecution.”

Do you see the discrepancy here?  Be it a international treaty or a domestic law, if it infringes on our Second Amendment rights, shouldn’t Manchin oppose it?

Though, maybe the two aren’t mutually exclusive.  That is, one can favor background checks and oppose the ATT and still be a reputable gun owner.  What ever the case may be, I figured I’d point it out and let you make the call.  So, what’s your take, is Manchin trying to restore his reputation with the gun community or is he just standing on principle or is it some combination of the two?