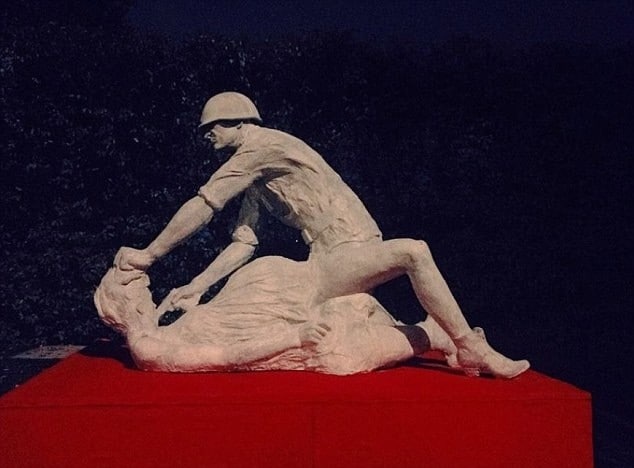 The statue, called Komm Frau, or Come Here Woman, was taken down just hours after it was unveiled.

A Polish art student’s sculpture depicting the rape of a pregnant woman by a Russian WWII soldier as he holds a gun to her head was taken down shortly after it was erected, and the artist was arrested soon afterwards. 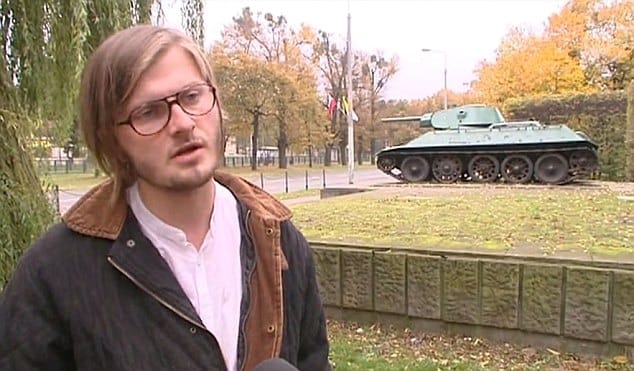 The artist, Jerzy Szumcyk, said his work was meant to be an homage to the millions of German women raped by Russian soldiers.

Jerzy Szumcyk, a fifth-year student at Gdansk’s Academy of Fine Arts, created the overtly perverted sculpture as a way to express his anguish after immersing himself in the study of the rampant rape committed by the Red Army as it marched across Eastern Europe towards Berlin during WWII, the Daily Mail reported.

The statue, called Komm Frau, or Come Here Woman, was displayed on Gdansk’s Avenue of Victory on Saturday evening and was meant not only as an emotional outlet for the artist, but as a way to pay homage to the millions of German women who were raped by Red Army soldiers between 1944 and 1945, according to the Daily Mail.

Though Szumcyk’s intentions may have been good-natured, police didn’t see it that way. Komm Frau was taken down just hours after it was unveiled and the artist was taken into custody.

“The artist was detained and released after questioning,” police spokeswoman Aleksandra Siewart said. “The matter will now be taken up on Monday by the prosecutor’s office.”