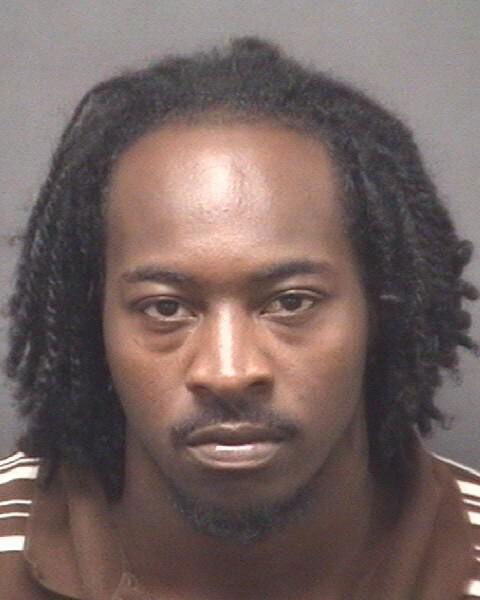 Joshua Chamberlain served more than a year in jail in 2010 for possession of a weapon of mass destruction.

A Mini Mart owner opened fire when a masked robber armed with a gun barged into the store and demanded cash Tuesday night in Falkland, North Carolina, WITN reported.

The store owner later discovered that not only was the would-be robber armed with just an airsoft pistol, but he had also accidentally shot his friend who was in the store helping him close up at the time.

It was about 10 p.m. when the store owner, known to friends and family as “Rocky,” was at the back of the store closing up shop while his friend was watching the front counter. That’s when 22-year-old Joshua Chamberlain walked in and demanded the money.

“My first instinct was just to draw my weapon and fire on him,” Rocky said. “Go home with my family tonight.”

Rocky fired several shots from his .40-caliber handgun and hit Chamberlain once in the arm, dropping him to the floor in the middle of the store. And at that point, Chamberlain removed the mask from his face and starting yelling, begging for mercy and proclaiming that he had kids.

“He was screaming man. Everything was just a blur to me. It’s like everything just slowed down for me and I just kind of zoned in,” Rocky told reporters. “So many things crossed my mind so fast. Like I said I just let my instincts, let my instincts take over.”

And then Rocky noticed that his friend had been shot in the stomach.

“The guy took off running and I just let him because it was more important for me to make sure my friend was okay,” Rocky said.

But Chamberlain only fled to a nearby home, claiming to the residents that he needed help because he had just been involved in a car accident. However, when the homeowners saw the flashing of blue lights outside just minutes later, they knew immediately that there was more to Chamberlain’s story than what he was letting on. The homeowners then called the police to alert them of what they felt was a suspicious man in their home. 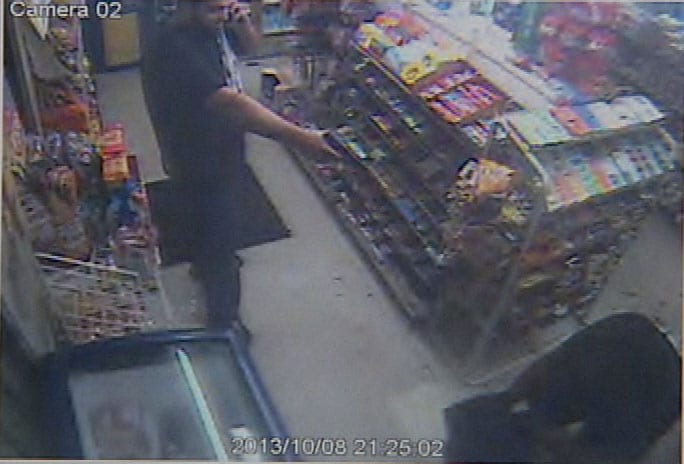 “He chose the wrong store, the wrong one,” the store owner said. (Photo credit: WSAV)

Officers then came to the home and took Chamberlain into custody.

Both Rocky’s friend and Chamberlain were transported to a local hospital where they both underwent surgery. Each suffered from non-life threatening wounds and are expected to make a full recovery, although Chamberlain will be recovering from behind bars.

Chamberlain, who spent more than a year in jail in 2010 for possession of a weapon of mass destruction, is likely to be charged with robbery with a dangerous weapon and possibly other charges.

No charges are expected to be filed against the store owner.

The incident has other nearby convenience store owners on edge, local media reported, but at the same time they hope that occurrences like these are sending criminals a clear message.

“They should think twice before they do it,” owner of a nearby Speed Mart, Foruq Saleh said, admitting that his frame of mind has recently changed. Three of Saleh’s family members were brutally murdered last year during a convenience store robbery in Farmville. “After losing three family members it makes me think, I wouldn’t wait, I wouldn’t hesitate,” to defend himself Saleh said.

“Hopefully it’s a lesson for everybody that’s considering it,” Rocky’s brother, Izzy, said. “We’re not proud that it happened, but you got to do what you got to do.”