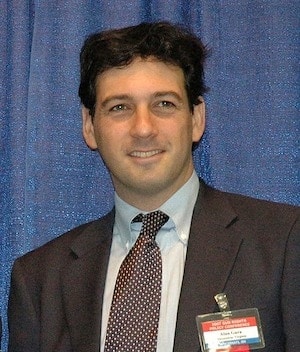 The U.S. Supreme Court on Tuesday declined to hear another case dealing with arbitrary ‘may-issue’ concealed carry laws, marking at least the fourth time in the past several years the high court has opted not to settle the issue as to whether one’s right to keep and bear arms extends beyond the home.

The case, Woollard v. Sheridan, directly challenged Maryland’s concealed carry law which requires that applicants have a “good and substantial reason” for wanting to obtain a CCW permit.

The plaintiff in the case, Raymond Woollard of Baltimore County, was denied a handgun permit after the Maryland Handgun Permit Review Board determined that he “…ha[d] not submitted any documentation to verify threats occurring beyond his residence, where he can already legally carry a handgun.”

The review board’s denial was issued despite the fact that Woollard was the victim of a home invasion.  The burglar was his crazed son-in-law, Kris Lee Abbott, who years later would attack Woollard’s daughter and his (Abbott’s) own parents with a pipe just before committing suicide.

With the help of the Second Amendment Foundation, which agreed to represent Woollard, he challenged the ruling in court in 2010 and a federal judge ruled that the ‘may-issue’ law was indeed unconstitutional.

“In addition to self-defense, the (Second Amendment) right was also understood to allow for militia membership and hunting,” Legg explained.  “To secure these rights, the Second Amendment’s protections must extend beyond the home: neither hunting nor militia training is a household activity, and self-defense has to take place wherever (a) person happens to be.”

However, the victory was short lived.  Last year, the 4th U.S. Circuit Court of Appeals reversed Legg’s ruling and determined that the law was constitutional, which prompted the SAF to bring the case before the Supreme Court.

The 4th U.S. Circuit Court of Appeals found that “the Second Amendment has no practical impact beyond the threshold of one’s home,” SAF attorney Alan Gura wrote in a court filing, as the Baltimore-Sun reported.

But a court elsewhere “asserts that the right is equally important outside the home as inside, and should (subject to regulation) be generally accessible to law-abiding individuals,” he added, noting that this matter had to be settled once and for all.

The Supreme Court did not give a reason why they chose to pass on this case, which is typical.

Though, sooner or later the high court has to make a decision about one’s right to keep and bear arms and whether that extends beyond the home.  It seems rather self-evident that it does and that laws that infringe upon that right are unconstitutional.  After all, it is a right to keep and bear or carry arms!

In the meantime, Maryland gun owners and those that live in the other 10 or so states that have similar ‘may-issue’ laws will have to continue to justify to police departments and review boards why they believe they have a right to defend themselves in public.