Alleged bank robbers Google ‘what happens if you rob a bank,’ forget to clear their history

Sarah McCloud, Robert Owens and Daniel Murphy were arrested after a bank heist.

If you’re going to use your personal computer to research how to rob a bank, the least you can do is delete your browser history before you actually go rob a bank.

Sarah McCloud and Robert Owens allegedly knocked over the Weymouth Bank in Massachusetts Friday morning. They demanded cash and made off with an unspecified amount of money, but not before telling that pesky teller to leave the dye packs behind, the Huffington Post reported. 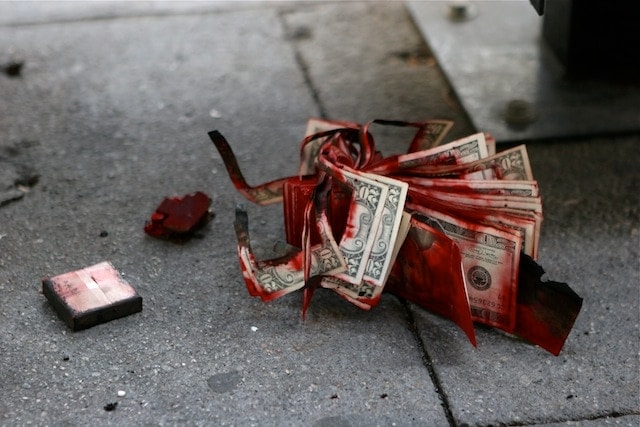 McCloud made sure the teller didn’t giver her a dye pack. Something she probably learned from the internet.

Leaving their search history open for law enforcement to see wasn’t this pair’s only mistake. They also chose to rob a bank less than one street block away from a drug house that McCloud was connected to. After reviewing the bank security footage, narcotics officers recognized her as being a subject of an ongoing heroin distribution investigation.

Officers arrived at the drug house under investigation and arrested 27-year-old McCloud and 28-year-old Owens. They found not only the clothes that matched the cctv video and the stolen cash, but also the computer with the blatantly obvious search terms.

Officers later arrested Daniel Murphy, who they determined to be an accomplice in the bank robbery. Police said the 30-year-old was the couple’s getaway driver. When he was arrested Saturday following a traffic stop, police found several Suboxone pills.