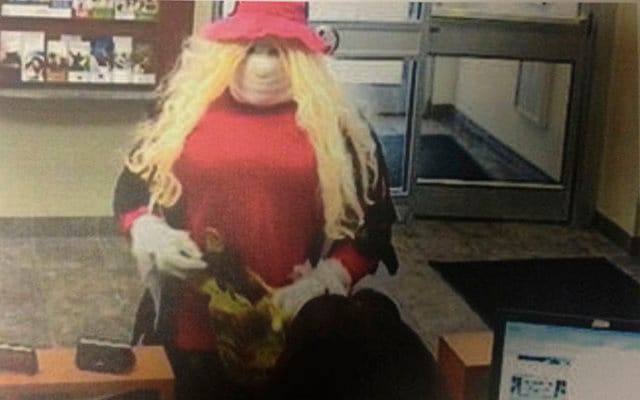 Johnson was all laughs when he knocked over a bank dressed as a clown, but things weren’t so funny when he was arrested 15 minutes later.

The Crosstown Credit Union fell prey to a 230-pound Florida man dressed as a clown after he robbed the bank with a toy gun. 15 minutes later, the clown had his last laugh.

The robbery took place in December 2012 when 40-year-old Rondell McGarret Johnson donned a clown mask, pink hair, polka-dotted blouse and fake breasts made of Nerfballs cut in half. He waltzed into the bank and demanded money, threatening the clerk with his menacing toy gun, Winnipeg Free Press reported. 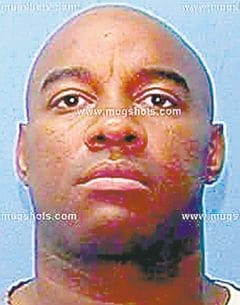 Johnson was sentenced to eight years in prison.

Johnson managed to make it out of the bank, as well as his costume. But police found their culprit carrying a duffel bag full of clown clothes just minutes after he committed the crime.

Johnson plead not guilty to his charges, even though bank tellers provided testimony against him.

This wasn’t’ Johnson’s first brush with the law. His rap sheet extends back to 1991, including charges for drug-trafficking that got him three years in prison. But the bank heist landed him eight years behind bars.