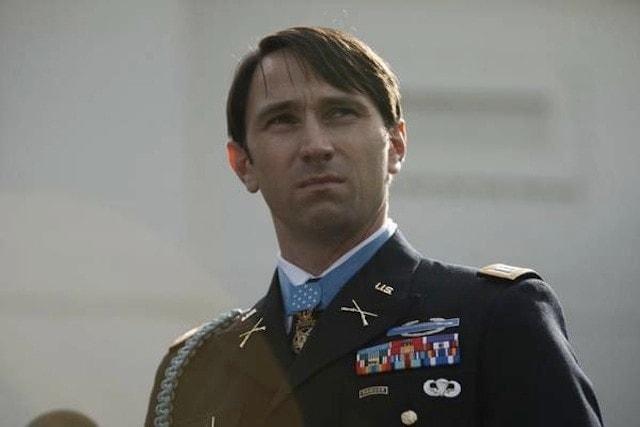 34-year-old former Army Capt. William Swenson requested to return to duty after being awarded the Medal of Honor. 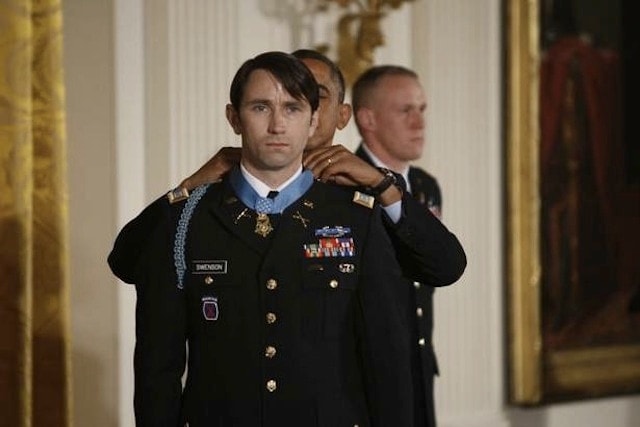 President Obama presented Swenson with the medal at the White House.

I’m not sure there is a name for the type of bravery required for a soldier to forge his way through enemy fire to give aid to wounded brethren, and suffer the atrocities of war, and then after being given the Medal of Honor, asking to get back into it. Such an act is so rare that when Swenson put in his formal request to the Army, officials weren’t sure what to make it, the Military Times reported.

Swenson was awarded the medal for his heroic actions in 2009, where he repeatedly pushed through a maelstrom of enemy fire during one of the most infamous battles of the war in Afghanistan. In the face of over 50 well-entrenched insurgents in the mountainside village of Ganjgal, Swenson and another warrior, then 1st Lt. Ademola Fabayo, drove an unarmored pickup truck and then a Humvee to collect and care for wounded service members.

The battle lasted for nearly six hours, and before it was over Swenson had killed two enemy combatants and provided aid to countless other soldiers.

Though his return to service may be unprecedented, U.S. officials were optimistic his re-up would become a reality. Swenson left the military in February 2011 as a captain, but if he does indeed rejoin, it is likely he will rise to the rank of major.

To accompany his newly awarded Medal of Honor, Swenson also holds a Purple Heart and a Bronze Star.