The wedding band that Lee Harvey Oswald removed just hours before he assassinated President John F. Kennedy is set to be auctioned along with nearly 30 other pieces of Oswald memorabilia.

The New Hampshire-based auction house, RR Auction, is preparing to present to the public a collection of Oswald’s personal effects 50 years after the incident first took place on November 22, 1963, the Daily Mail reported.

Among the pieces will be Osawald’s Iver Johnson revolver, fixed-blade Marine Corps knife, and his 14kt gold wedding band that has been locked away in a safe of a Fort-Worth, Texas, law firm for nearly half a century. The band is stamped with the Communist symbols of a star and hammer and sickle.

The ring is among the more expensive items to be auctioned, with a starting price of $2,500. The winning bidder will receive the wedding band as well as a five-page letter from Oswald’s wife, Marina Oswald, which she wrote on May 5, 2013. The letter chronicles the history of the ring from when it was first purchased all the way up to the morning of November 22, 1963, when Oswald removed the jewelry before setting out to assassinate Kennedy. 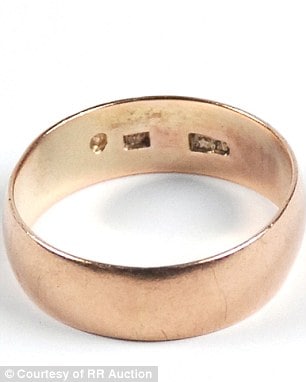 The band was stamped with the Communist symbols of a star and hammer and sickle. 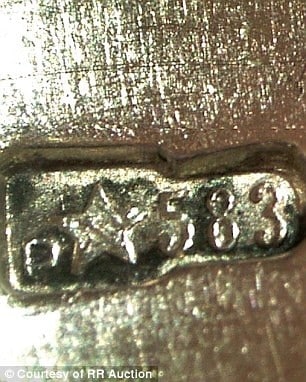 A close up of the stamp. 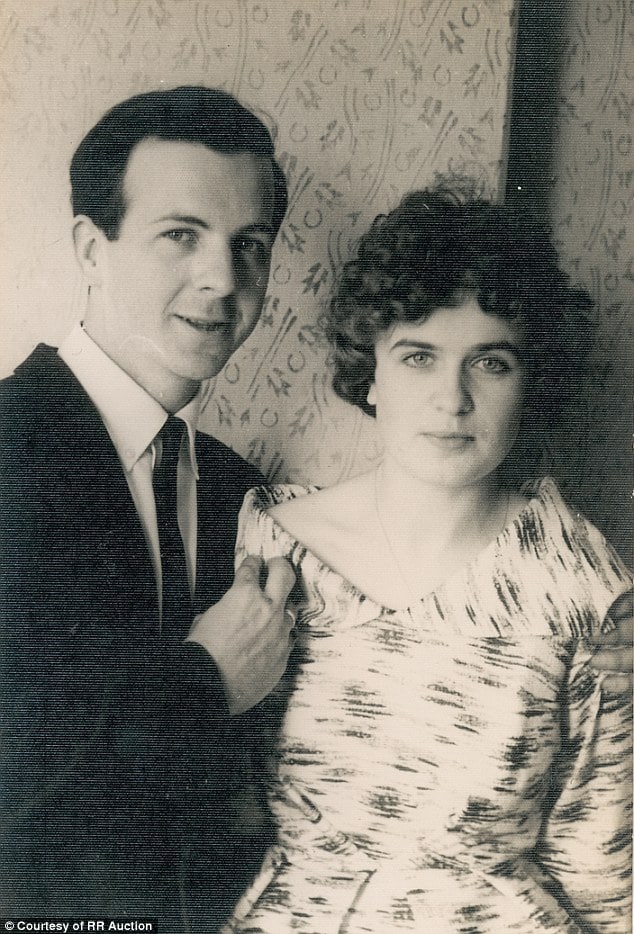 Oswald is seen posing with his wife, Marina Oswald, while he wears his 14kt gold wedding band. 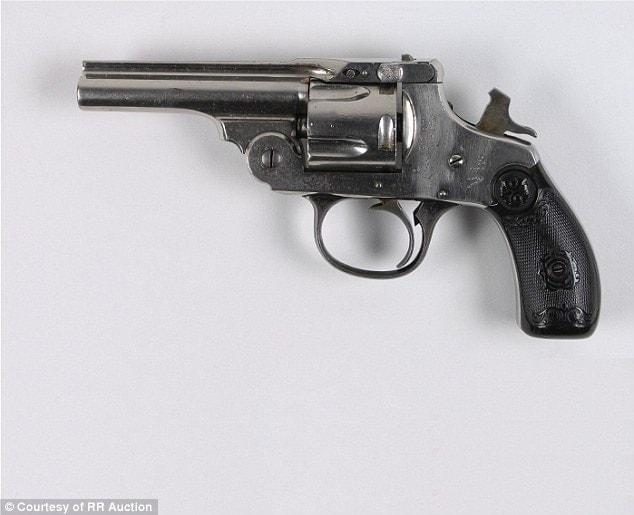 Oswald’s Iver Johnson revolver was sold to his brother for $10 after being told he had no business having a gun. 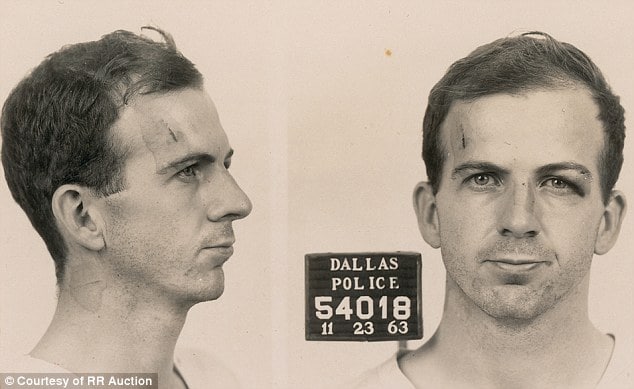 Oswald’s infamous mug shot taken after he was arrested for the assassination of John F. Kennedy.