A horse proved so heroic during the Korean War, she was promoted to the rank of Sergeant.

Sgt. Reckless, named after the 75mm recoilless rifle, proved herself so invaluable to American troops during the Korean War that she was later listed in Life magazine as one of America’s greatest all-time heroes.

Sgt. Reckless was trained to step over communication lines, get down when there was incoming fire, and ignore the sounds of battle.

During the fight to retake Outpost Vegas in 1953, Sgt. Reckless made 51 trips on her own, carrying over 9,000 pounds of ammunition and walked over 35 miles through open rice paddies while artillery exploded around her.

During one of these trips, Sgt. Reckless was injured as shielded a group of Marines. But not even that could stop her from carrying out her duties.

A life-size statue of Sgt. Reckless was unveiled earlier this year at the National Museum of the Marine Corps in Triangle,Va. 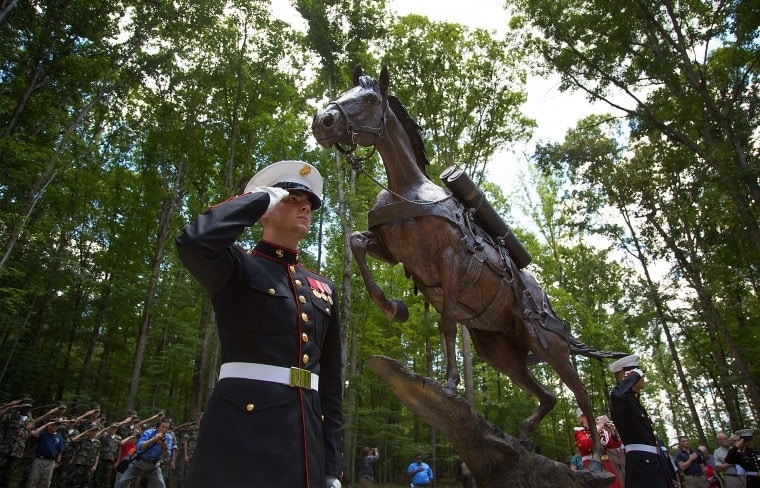 A statue of Sgt. Reckless.