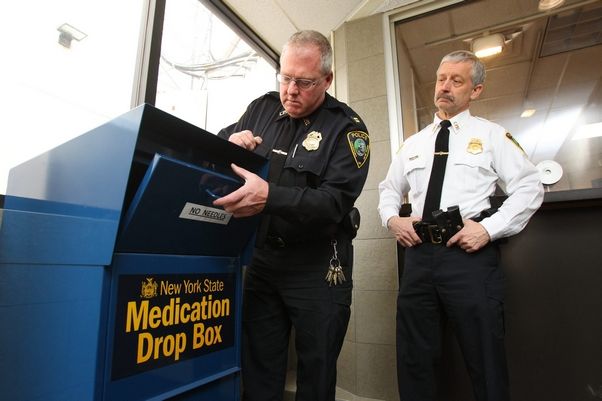 Lockport Police in Western New York arrested a man last Saturday for putting 10 rounds of 9mm ammo in the magazine of his legally owned handgun, which is three more rounds than one is allowed to under the state’s new sweeping gun control law, the New York Secure Ammunition Firearms and Enforcement Act.

Twenty-six-year-old Paul A. Wojdan of Parkwood Drive was the passenger in a vehicle when it was pulled over for speeding Saturday around 12:30 a.m by officer Adam Piedmont.

“Officer Piedmont asked if they had any weapons in the car, and luckily [Wojdan] said yes and handed over a gun from the glove compartment,” explained Capt. Michael Niethe to the Buffalo News.

“He had a permit, so he was allowed to have the gun, but he had too many rounds of ammunition in the gun,” Niethe continued.

Wojdan was charged with unlawful possession of an ammunition-feeding device.

The driver of the car, Tanisha D. White, who Niethe said led officer Piedmont on a brief chase was charged with speeding, 44 mph for in a 30 mph zone, failure to stope for an emergency vehicle and being an unlicensed driver.

News of Wojdan’s arrest for loading too many bullets in his lawfully owned handgun sparked outrage on social media, leading many gun rights advocates to openly criticize the Lockport PD.

Lockport Police Chief Lawrence M. Eggert said that they were getting compared to Nazis.

“One of the comments said, ‘When are you going to start loading people into cattle cars?’ ” said Eggert.

Though Gov. Andrew Cuomo’s SAFE Act is widely unpopular, the chief said it’s the department’s job to enforce the law whether or not they agree with it.

“It’s on the books, and if we see it, we have to do something about it,” Eggert said.

Meanwhile gun rights advocates argue that officer Piedmont was not following protocol, at least not according to the recently released NY SAFE Act field guide issued by the New York State Police.

As Niethe mentioned, Wojdan had a handgun permit.  And it doesn’t appear that there was evidence of criminal activity.  Nevertheless, Eggert said that there was nothing wrong with officer Piedmont’s decision to inspect the magazine.

“We usually run these by the DA’s office, but in this particular case, the officer didn’t have that luxury. He had to make a decision on the fly – and it’s the law, and there’s nothing wrong with that decision,” Eggert said.

Eggert noted that this is the first time Lockport Police has nabbed someone for violating the SAFE Act.  He also said that his officers were not going to abuse the new law.

“We certainly are not going to just stop a car and ask for a permit so we can check the number of bullets in the magazine,” Eggert said.

Wojdan was released on $250 bail.  He was scheduled to appear in court on Wednesday.