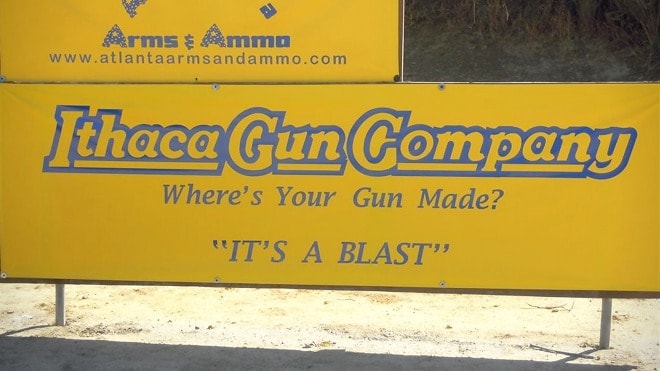 With several states passing new, strict gun control laws driving people and business away, many other states have been doing everything possible to make them more appealing to gun owners and gun manufacturers.

Following the passage of state-level gun control laws many manufacturers have begun to vote with their feet, leaving states like Colorado, Connecticut and New York for Second Amenment-friendly — not to mention tax- and incentive-friendly — states and counties.

The Ithaca Gun Company is the latest manufacturer to seek out South Carolina, following PTR Industries to Horry County. Ithaca is not relocating but they are planning a sizable expansion there which is expected to generate 120 new jobs. Ithaca will construct their new 20,000 square-foot facility at Horry County’s Cool Springs Business Park near Aynor, S.C where they will be neighbors with the new manufacturing headquarters of PTR Industries in the same business park.

“We are delighted to be a part of the growing firearms manufacturing industry in the Myrtle Beach area, and we extend our thanks to all the parties that helped us with this decision,” said Mike Farrell, Ithaca COO in a statement. “We look forward to being under production in 2014 and being a part of the Horry County and South Carolina community.”

Congressman Tom Rice also weighed in. “I continue to be amazed at the accomplishments of the Myrtle Beach Regional EDC’s staff, board and team. I also can’t think of a finer company in America or a better fit for the Seventh Congressional District than the Ithaca Gun Company. Congratulations to everyone involved in bringing another great manufacturing win to Horry County.”

The company specifically highlighted the state’s tradition of upholding the Second Amendment as part of their selection of Horry County for their expansion as well as quality of living in the Myrtle Beach area and the presence of a skilled workforce there.

It takes a collaborative effort to produce this sort of expansion, something that State Senator Yancey McGill recognized. “I’d like to thank Ithaca Gun Company, Horry County, [North Eastern Strategic Alliance (NESA)], the Myrtle Beach Regional Economic Development Corporation, the Southeastern Institute of Manufacturing and the South Carolina Department of Commerce for their resolute determination in pursuing this project and making the creation of 120 jobs and $6.5 million in investment possible.

“When you have businesses with the notoriety of Ithaca Gun Company expanding in our area, it says a lot about the business climate of our region and certainly shows we’re headed in the right direction,” McGill added.

Ithaca will continue to manufacture in Ohio. The new facility will be building a full line of accessory barrels as well as their single-shot trap shotguns and a new over-under shotgun.

While Ithaca manufactures several different series of firearms including a Model 1911 pistol, the company is best known for their iconic Model 37 pump-action shotgun, which has been used in dozens of movies and television shows and is even a staple in video games.

Other manufacturers have been considering South Carolina as well, particularly Stag Arms, who is leaving Connecticut. The company is still weighing South Carolina against Texas and a handful of other states for their new location.