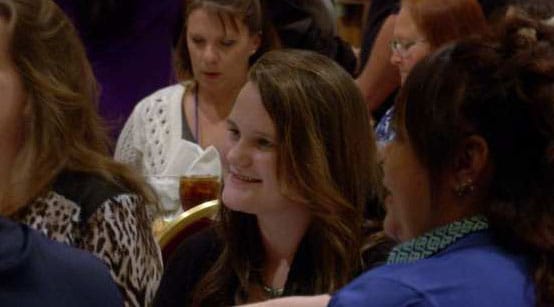 Kendra said she was excited and ecstatic that she was nominated for the award and didn’t think that she would actually win it. (Photo credit: KXII)

A 12-year-old girl who shot an intruder that broke into her house last year was honored in Tulsa Tuesday night with the Oklahoma 911 Hero of the Year Award.

According to local media, the girl credits the 911 dispatcher for helping her to remain calm during the ordeal.

Kendra St. Clair was home alone on fall break last October when she heard a knock at the front door. When she failed to open the door, the man then went around to the back door and kicked it in.

Kendra called her mother, Debra, who told her to get her gun, call 911 and hide in a closet. Debra immediately dropped what she was doing and raced home to get to her daughter.

Meanwhile, Kendra did exactly as her mother instructed, but the intruder eventually made his way into the bedroom where she was hiding. While still on the phone with the 911 dispatcher, the door knob of the closet began to turn, and when it did, Kendra fired a single shot, which hit the man in the shoulder.

He immediately fled from the home, but only made it to the end of the block before officers caught up with him. By the time Kendra’s mother made it home, police already had the intruder in custody.

The man, later identified as 32-year-old Stacey Jones, was flown to a hospital in Texas to be treated for the non-life threatening gunshot wound. Once released, Jones was extradited back to the Bryan County jail where he was charged with first-degree burglary.

Kendra was not injured during the incident and those who responded to the 911 call said that they were extremely proud of her and inspired by her bravery.

Tuesday evening Kendra attended the annual Oklahoma Public Safety Conference where safety officials from across the state recognized and commended her for her bravery in such a stressful situation.

“It’s not normal for you to be in that position when you’re 12. And her [the 911 dispatcher] talking to me just soothed me down and made me less frightened,” Kendra said.

Apparently Kendra’s mother kept it a secret that she had won the award, only telling her that she was nominated. It wasn’t until it was announced at the ceremony that the young girl realized she had received the honor.