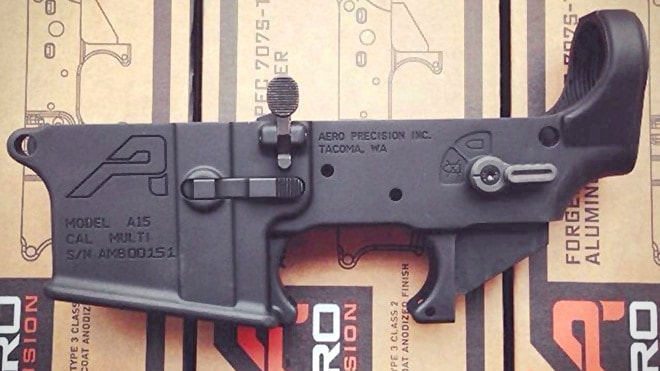 Aero Precision is one of the largest manufacturers of AR-15 parts and receivers in the world. In fact, many people own Aero parts and don’t even know it — they’re a major supplier of receivers to other companies. While they don’t make complete rifles — for now — they do offer their parts directly to the public.

And just because the majority of their parts are no-frills mil-spec components, that doesn’t mean they don’t do things a little differently for themselves. Actually, Aero Precision makes some very interesting and unique receivers, particularly their Ambidextrous Lower Receiver and COP uppers.

Aero’s first-generation ambidextrous lower was already pretty nice. A mostly-stripped receiver, the only thing it did differently was include a pre-installed ambidextrous bolt catch. Since ambidextrous safeties and magazine releases are already available on the market, they decided to let people pick and choose their own parts to complete their lowers.

That’s no longer the case with the Gen 2 Ambidextrous Lower Receiver, but it would be hard to take issue with their decision. Aero picked what is arguably the best ambidextrous safety selector and ambidextrous mag release and has installed them from the factory. 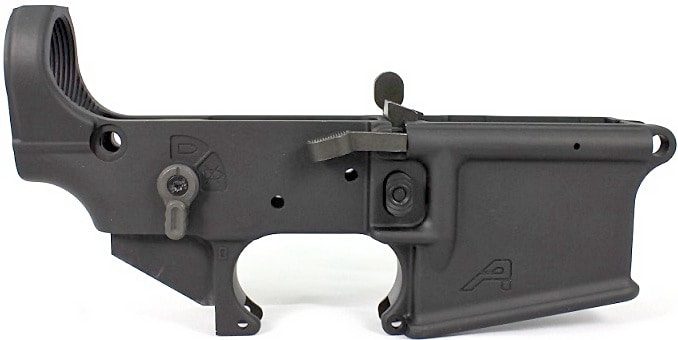 The Gen 2 lower comes complete with a Battle Arms Development short-throw Ambidextrous Safety Selector, one of their newest BAD-ASS safeties. The receiver is marked with extended safety indicators that work perfectly with the short-throw selector.

They selected Norgon for their Ambi-Catch ambidextrous magazine release. There are many ambidextrous mag releases on the market, but Norgon’s stands out for not using the side of the receiver to pivot against and mar. The Norgon Ambi-Catch is completely internal and puts the controls right where you want them on both sides.

Aero leaves plenty up to the end user to complete, including buffer assembly and fire control group. But they deliver on the ambidextrous parts with the best. The MSRP of the Gen 2 lower, with all the parts, is $325, which is less than a Gen 1 lower, a BAD-ASS selector and Norgon magazine release cost by about $40 to $50.

The rest is quality as well; Aero’s receivers are machined from 7075-T6 forged aluminum and given a 8625 Type 3 Class 2 hard-anodized finish.

Of course, what’s a lower without an upper? While supplies last, Aero is also offering a discount on their uppers with cosmetic blemishes, including their monolithic COP upper.

The COP upper, or Continuous Optics Platform, features an extended flattop rail and a separate bolt-on handguard. The upper allows you to install optics at any point on the upper with standard rings or risers instead of heavy cantilever mounts. It has a separate bolt-on lower modular handguard that can be fit with rails for accessories.

For more on the COP upper receiver here’s a review over at AR15News.com.

They also have some blemished standard AR-15 stripped uppers in stock. The blemished COPs are on sale for $275 and the standard uppers just $50. They are 100 percent functional, they just have scratches or dings or other cosmetic flaws.

And for this weekend, Aero is sweetening the pot. “Use coupon code ‘facebook’ to save 10 percent off your order over $100!” While the code isn’t for the blemished uppers, it shouldn’t be hard to find $100 worth of Aero precision goodies.

These are some hard deals to pass up.