A federal air marshal was arrested after a brave passenger noticed and put an end to the man snapping lewd photos up women’s skirts as they boarded a Southwest plane at the Nashville International Airport. 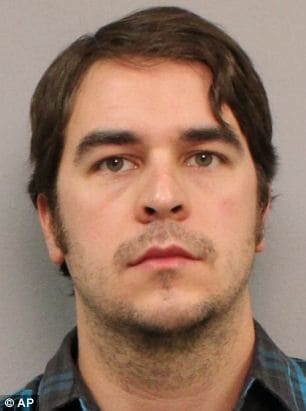 The married 28-year-old Adam Bartsch from Rockville, Maryland, was on-duty at the time of the incident and if it wasn’t for the actions of one bystander who noticed Bartsch using his cell phone to take the photos, the air marshal would have likely gotten away with it, the Daily Mail reported.

Rey Collazo, refusing to standby and do nothing, confronted Bartsch about his conduct.

“I looked at the guy and said, ‘Excuse me, you ought to be ashamed of yourself. You’re a disgrace to human beings. To a man. That’s wrong,” Collazo chastised Bartsch.

When Bartsch tried to delete the photos from his phone, Collazo wouldn’t stand for it. He lunged for the device and managed to strip it away from the air marshal.

“[I] struggled with him a little bit and I got the better part of the phone and twisted and hit him with my right hand between the neck and the shoulder,” Collazo told WKRN.

Bartsch was removed from the flight and charged with disorderly conduct and unlawful photography, a police report said. But when the detective working the case contacted Collazo, he was shocked to learn the man he had just attacked was a federal air marshal in plain clothes.

Bartsch confessed to police he had taken between 10 to 12 photos and had committed similar crimes in the past. He was later released on a $10,000 bond and when news cameras tried to catch a statement, he literally ran away. 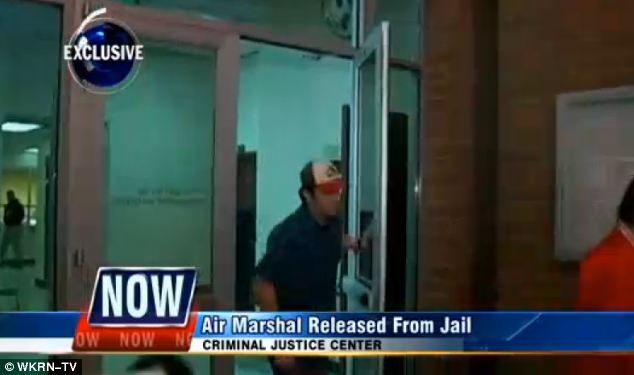 Upon being released from jail, the air marshal literally rain from the cameras.

The Transportation Security Administration stated it was assisting with the investigation and that it takes the matter very seriously.

“TSA does not tolerate criminal behavior,” a spokesperson said in a statement. “The agency immediately removed this individual from his current duties and is in the process of suspending or terminating his employment.”

According to Southwest Airlines, the flight to Tampa was not delayed by the federal air marshal’s actions.