Tulsa homeowner empties magazine on intruder, wishes it had been just ‘another boring day’ (VIDEO) 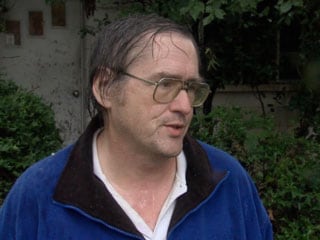 When a Tulsa homeowner returned from a leisurely stroll over the weekend to find things out of place in his home, he grabbed his gun because he knew something wasn’t right. Moments later he saw a strange man standing in his bedroom doorway, then opened fire, sending him to the hospital.

“I saw the top dresser drawer was open,” homeowner Charles Sweeney told reporters on Monday following the incident. Sweeney had lived in the house for his entire life and the old dresser was one that belonged to his mother. “That drawer is always closed and it’s open,” he explained. “It didn’t come open by itself.”

So Sweeney grabbed his gun and as he walked toward the bedroom where the dresser was, he came face to face with an uninvited visitor.

“He looked like he was going to jump out of his skin,” Sweeny said, and with good reason.

“I didn’t even hesitate,” recalled Sweeney. “I had the gun in my hand, flicked off the safety, got my finger on the trigger and I started shooting him in the chest.”

He shot the man three times before the intruder ran back into the bedroom. But Sweeney followed him and continued to fire three more rounds, “and I was out,” he told reporters.

By then the intruder was desperate to get out of the house and away from the armed homeowner, so he pushed an AC unit from the bedroom window and dove 12 feet out of the window to escape, according to the homeowner.

Sweeney then ran outside as he called the police.

Minutes later police also received a phone call from a local hospital after a man showed up with multiple gunshot wounds. The intruder, whose name has not been released, remains in the hospital, his condition unknown. Police say that he won’t be charged until he is released from the hospital.

“I wish I just had another boring day,” Sweeney admitted. “I wish he would’ve just walked on down the street and none of this would’ve ever happened. I take no pleasure in this,” he said, adding that the situation really was just sad.

But heartbreaking or not, Sweeney doesn’t regret his decision to open fire on the intruder and said he would do it again without hesitation.

And Sweeney has a fair warning for others who may consider breaking into someone else’s home. “There are well over 200 million guns in this country,” he said. “You have a very good chance of getting shot.”