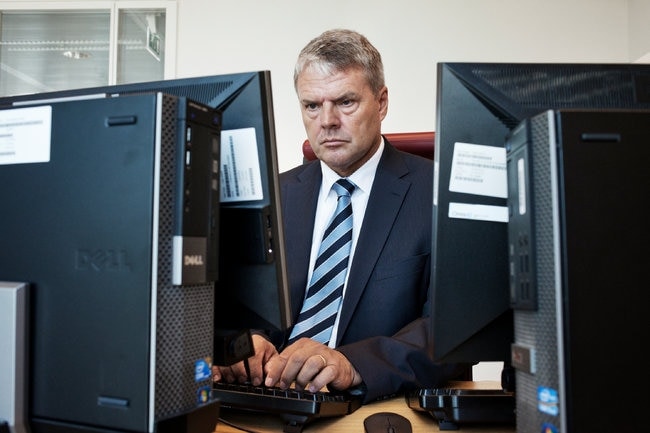 The emergence of 3-D printed guns as viable weapons has some European governments worried, particularly those with unconscionably strict gun control laws.

Back in May, authorities in Australia tested a 3-D printed gun known as The Liberator, after obtaining digital blueprints from the Internet.

Their findings? It worked.

“Our interest was to see if the manufacturing of a working gun using this technology is possible,” Karl-Heinz Grundböck, a spokesman for the Austrian Interior Ministry, told the New York Times. “The answer was a very clear ‘Yes.’ ”

The Liberator was designed by Cody Wilson of Defense Distributed, a nonprofit, pro-Second Amendment civil liberty group based in Texas. While the gun functions, its lifespan is limited to three or four shots, due to the weak integrity of the plastic polymer it’s constructed from.

Nevertheless, four shots may be just enough to do the job, said Michael Brzoska, a security expert and director of the Institute for Peace Research and Security Studies at the University of Hamburg, Germany.

“Even if these guns can only fire a couple of shots, they can still have a lethal effect,” Brzoska noted. “And you can easily build several of them.”

Given that the blueprints for The Liberator have been widely disseminated around the Internet and consumer versions of 3-D printers are available for around $1,300, there’s really no way to stop someone from printing a firearm — a concession that almost everyone acknowledges.

“It is very difficult to do anything about it,” Troels Oerting Joergensen, head of the European Cybercrime Centre at Europol, the European Union’s law enforcement agency, told the New York Times. “Of course you can say that it is illegal, but as with everything else on the Internet, you can always get it from somewhere.”

Of course, it is already illegal to own a unlicensed firearm in Europe, as Brzoska the security expert pointed out.

“In Germany and in most European countries, the possession of an unregistered weapon, even if it is manufactured at home, is illegal and punishable by law,” said Brzoska. “But the temptation to try, if it’s technically possible, is a great one.”

There’s little doubt that people are curious. Before the U.S. government forced Wilson to remove the digital blueprints for The Liberator off the Defense Distributed website, it was downloaded more than 100,000 times. The countries that downloaded it the most, in order, are: Spain, the U.S., Brazil, Germany and Britain.

Of course, one can still find the digital blueprints for The Liberator as well as other 3-D printable guns online on rogue websites and file sharing portals. Like with everything else on the Internet, once it’s up, there’s no taking it down.

Manufacturers of 3-D printers say that there may be ways to prevent people from making guns at home or at the make it slightly more difficult. One way is to add software that detects gun designs and weapon characteristics and prevent the user from printing or viewing the model.

Jeremie Pierre Gay, the founder of a Danish 3-D printer company called Create it REAL, explained to the NY Times. “Our software works like a computer antivirus,” said Gay. “The software can be preinstalled on a 3-D printer by its manufacturer.”

Even so, he conceded, “it is always possible to hack a software.”

Instead of leaning into technology and embracing it, the tendency of most governments is to try limit the people’s access to it, to keep the people from using it in certain ways. Efforts to do this, whether it be via stricter laws or increased government surveillance, are always costly and, at the end of the day, ineffective because, well, to put it rather simply bad people will find ways to do bad things regardless of what laws or security measures are in place.

A government’s reaction to 3-D printed guns shouldn’t be how do we further curtail personal freedom to protect the people from themselves, but rather how do we empower the people so they can better protect and defend themselves?