Gun rally at the Alamo stirs controversy: 'Come and Take It San Antonio!' 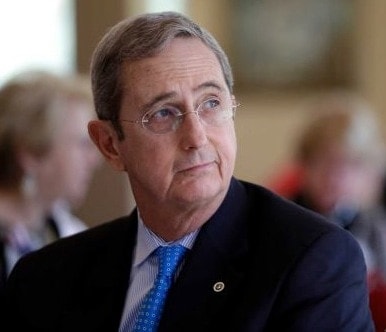 On Saturday, Texas gun rights activists are holding a rally at the Alamo, a location that’s been rally-free for at least the past 100 years.

The rally, called the “Come and Take It San Antonio!” rally, is in response to the non-custodial arrest of three open-carry advocates in early August, who were charged with disorderly conduct for openly displaying rifles at a local Starbucks.

While it’s illegal for one to openly carry a handgun in the Lone Star State, openly carrying a rifle is not against the law as long as it is done in a manner that is not alarming and non-threatening.

However, in this case, San Antonio Police Chief William McManus argued that because a woman felt threatened, the dis-con charges would stick.

Today, gun owners will gather at the Alamo in protest of both arrest of the three men and a San Antonio ordinance that restricts firearms in public parks or at political rallies.

“We’re doing this to show that we’re not going to back down,” Victoria Montgomery, a spokeswoman for Open Carry Texas and an event organizer, told the Associated Press.

“We are going to fight for our rights, and it’s not okay for police to just say whatever they want and make up the rules as they go along,” she continued.

Shortly after the incident at Starbucks, advocates asked the Texas Land Commissioner if they could hold a rally at the Alamo, which as we all know is the site of a pivotal battle in 1836, during the Texas Revolution, where Col. William Travis and 200 Texans were slain defending the Alamo Mission from the Mexican army.

“Citizens who want to gather and exercise their First Amendment rights, who behave in a lawful manner, I’m not sure we have the lawful authority to say no, even if we wanted to,” said Commissioner Jerry Patterson, a huge gun rights supporter who is currently campaigning for lieutenant governor.

Though not everyone is sold on the idea. Some believe that the historic site should not be exploited for political purposes.

“We certainly consider the Alamo our family cemetery,” Lee Spencer White, president of the Alamo Defenders’ Descendants Association told the AP. “Our guys died there and we take it very seriously.”

“You’re setting a precedent here,” she explained. “Today it’s a gun rally. What is it going to be next month, next year?”

From 1905 to 2011 the Alamo was controlled exclusively by the Daughters of the Republic of Texas. That changed after the state legislature took control of the site after there were allegations that the Daughters were mismanaging the site. But when the Daughters ruled the roost, they strictly prohibited organizations from holding rallies or events on the hallowed grounds.

“The Daughters’ policy [on events] was just no, I think,” Patterson said to MySanAntonio.com. He said moving forward, now that the state has control of the Alamo, terms of use have to be decided.

“We need a written policy. If you’re on public property and not breaking the law, on what basis do you tell them to leave?”

Meanwhile, Stephen Hardin, a professor of history at McMurry University in Abilene, argued that First Amendment rallies fit the natural spirit of the Alamo.

“Free speech was one of the rights the defenders fought and died for,” Hardin wrote in an email to the AP. “Can you think of a better place for Texans to exercise their rights?”

What are your thoughts? Do you support holding rallies at the Alamo?