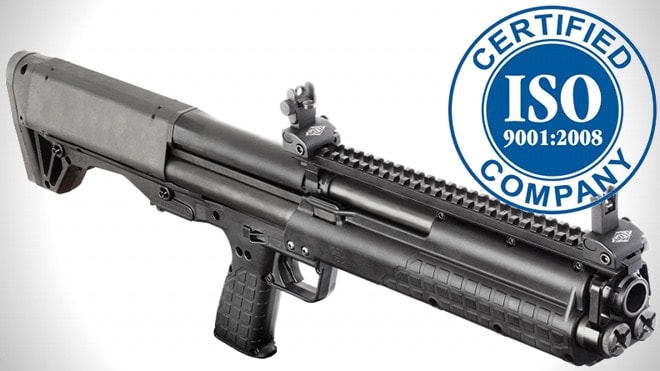 Florida-based Kel-Tec has just received ISO 9001:2008 certification as a result of their efforts to streamline and accelerate production while improving their quality control, taking things to a new level.

The certification follows a series of changes Kel-Tec has made to their manufacturing processes, improving their product as they expand. The international management guideline ISO 9001:2008 requires that Kel-Tec hold themselves to a higher standard than they ever were before.

Part of this is due to the surge in demand for Kel-Tec products. The company makes many unique and highly-sought handguns, rifles and shotguns for recreational shooting and self-defense, but expanding to meet the demand isn’t as straight-forward as simply adding staff, floor space and machinery.

We spoke with Derek Kellgren, Kel-Tec’s director of marketing to expand on what the company underwent in order to receive the certification and what changes they’ve made to their manufacturing processes.

“Previously we were under a small shop mentality, that is, quite casual,” explained Kellgren. “You have to understand that Kel-Tec is still a small business — we have roughly 210 employees currently. Five years ago it was around 100.”

“Now, with ISO, every batch of parts created is documented and thoroughly checked. In a small shop you can get away with having a quality control department check all of the parts coming through production, but when you start to deal in high volumes, the burden of assuring quality cannot solely rest on one department.”

“Machinists and operators are now responsible for [inspecting] all of their parts now, with our Quality Assurance (QA) department … strictly verifying that parts coming through production are within tolerance,” he added. “The idea is that operators should check 100 percent of their parts and only pass through good parts and then, of those good parts, QA checks a standard percent to ensure they are indeed accurate. This gives us, at minimum, two checks on the parts we are running, compared to just one previously. On top of just these checks, each sub-assembly group must pass inspection as well as a final assembly inspection, for a total of four quality checks on our products.” 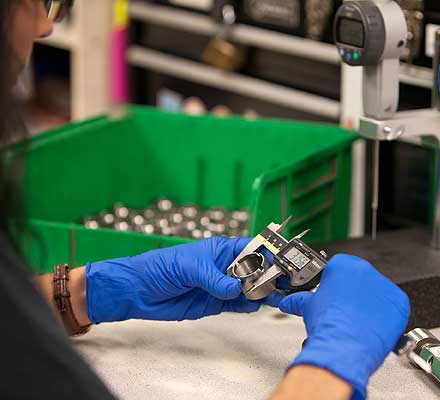 Anyone who’s ever purchased a new firearm that was not to-spec can appreciate an abundance of quality control. Kel-Tec has completely reorganized their production and inspection process to gain certification, which was no small part on the company’s behalf.

“For Kel-Tec, it took us an entire calendar year from start to finish to receive our certification,” said Kellgren. “Receiving the certification is merely the beginning, however. Maintaining the standard is the real test. We will be undergoing ISO standard audits twice a year for the next three years and then once a year each year after that.”

This is in addition to Kellgren’s own annual internal audits. “Achieving the certification required quite a bit of internal changes with how we handled production,” he said.

“If at any point our standards slip below those required of the ISO certification, we lose it,” Kellgren explained. “Many people think it’s a certificate you frame, stick on the wall, and then resume business as usual. That’s not quite how it works. The standard needs to maintain its integrity and they do by requiring regular audits to make sure we are following all of the procedures and objectives we’ve set forth.”

“What this basically means for our customers is that they will see a better, more consistent product from Kel-Tec.”

Kel-Tec, like many other companies, is reeling from the massive spike in gun sales this year. This certification reflects Kel-Tec’s improved capacity as well quality, however, Kellgren was clear that the many of their products are still back-ordered.

“Even with these changes we are still back-ordered on pretty much everything we make” he said. “We are always doing the best we can to fulfill the orders we receive, it just seems that when one purchase order closes, two more take its place. A problem we certainly are not complaining about.”

That being said, the company is not standing still on the development front. Kel-Tec promises to have some interesting new products at the upcoming SHOT Show in January 2014.

“Sure we could make a Kel-Tec AR-15, AK-47 or 1911 and likely sell them quite easily, but where’s the ingenuity and innovation — and fun — in that?  We want people to get excited for the products we make and honestly wonder what kind of weapon we will come up with next,” said Kellgren.

Given that the company already has one of the most unique portfolios on the market, it’s safe to say many people will be interested in what they unveil next, whatever that happens to be.