An Ohio family was forced to remove a SpongeBob SquarePants headstone from their Army daughter’s grave, even though the Cincinnati cemetery originally gave them permission to put it there. 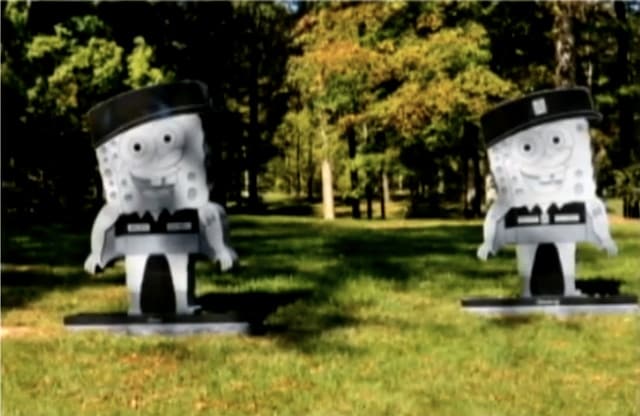 Kimberly Walker, the 28-year-old Army sergeant who was allegedly slain by her soldier boyfriend on Valentine’s Day, had a special place in her heart for SpongeBob SquarePants. She spread the decorum through her house, from toys, to clothes, to shower curtains. Her family knew how much the cartoon character meant to their beloved soldier and so after burying her with a SpongeBob SquarePants doll, they set about designing two 7,000 pound SpongeBob SquarePants headstones, Gawker reported.

Several months and nearly $26,000 later, the massive headstones were complete.

“They stand 6 feet tall and he’s 4 feet wide and he’s on a platform of eight inches, so it makes him 6 feet 8 inches tall,” Walker’s mother, Deborah, told WLWT.

The patriotic figures had been outfitted with American flags and were dressed in military uniforms. One monument wears an Army uniform to honor Walker, while the other dons a Navy uniform to represent her twin sister Kara, who is an IT specialist.

A proud mother, Deborah shared her enthusiasm of the project with workers at the cemetery. 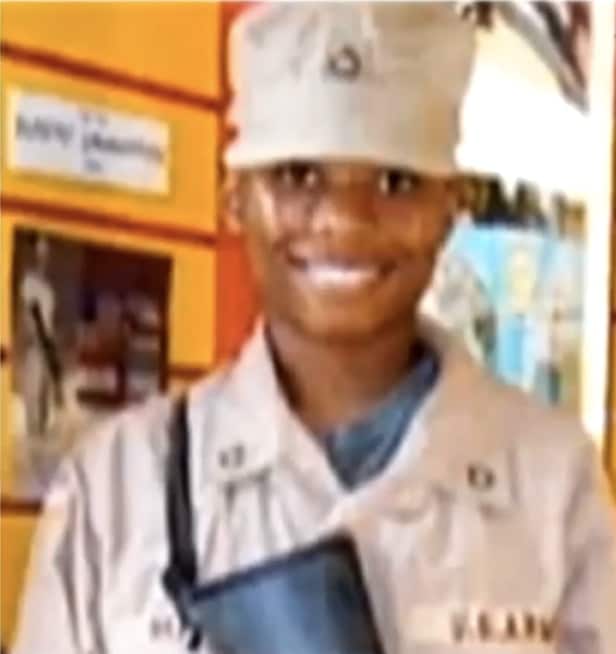 Kimberly Walker loved all things SpongeBob. She decorated her house with the character and even had SpongeBob toys and shower curtains.

“I thought it was the greatest thing in the cemetery,” Deborah told News 5. “I even told the people there that I think this is the best monument I’ve ever seen. It’s the best headstone in the cemetery and they all agreed.”

Unfortunately, not everyone shared the same sentiment and those in charge of overseeing the cemetery – though they originally approved of the plans – found the monuments to be ill fitting and out of place.

“Although the family chose a design with the guidance of a Spring Grove employee, unfortunately the monument did not fit within Spring Grove Cemetery guidelines,” cemetery President and CEO Gary Freytag said in a statement. “We are working with the Walker family and are committed to design a solution, at our expense that will properly memorialize Kimberly within the context of Spring Grove’s historic landscape and guidelines.”

Deborah and the rest of her family were distraught over the news, saying, “I feel like, and we all feel like, SpongeBob should stay there.”