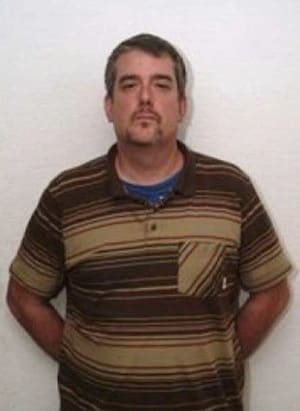 Jean Baptiste Kingery, an alleged weapons trafficker who specialized in transporting grenades, was allowed to operate for years under the non-interdiction and minimal surveillance polices employed by the same Arizona U.S. Attorney and Phoenix-based ATF office that oversaw Operation Fast and Furious, the fatally-flawed gunrunning program.

As with the firearms that were trafficked in Fast and Furious, Kingery’s grenades were sold to drug cartels who have used them to murder law enforcement officers in Mexico.

In a gunfight last week in Guadalajara, five members of the Jalisco New Generation Cartel used as many as nine firearms and 10 grenades against Mexican police, CBS News reported.  When the dust settled, three policemen and four cartel members were killed.

On Tuesday, the Justice Department released a “Significant Incident Report,” linking at least one of the grenades to Kingery.

“Elements of the State Police received fire from a .50 caliber rifle and at least 10 hand grenades, the evidence of one being reported as a ‘Kingery’ grenade.  It is also being reported that nine firearms were recovered from the scene during the post incident search,” reads the the DOJ report.

Kingery landed on the ATF watch list in 2004, after he purchased several AK-47s which the ATF believed he was trafficking into Mexico, CBS previously reported.

In 2009, the ATF had reason to believe Kingery was focusing on trafficking grenades into Mexico.  According to documents, the ATF learned he had obtained a hull of empty grenade bodies and parts and planned on bringing them over the border.  The ATF hatched a plan to “intercept, tag and conduct a controlled delivery” of the grenade bodies, meaning they’d mark them with special paint and allow him to bring them across the border.  The goal was to track the grenades on the other side.  Though, as with the Fast and Furious weapons, the agents were never able to keep tabs on the grenades once they were sold to the cartels.

In 2010, authorities caught Kingery smuggling more grenade bodies and ammunition into Mexico.  However, prosecutors let him go, arguing that they didn’t have enough evidence to build a case against him.

Finally, in 2011, Mexican police arrested Kingery in his factory.  Upon interrogating him, they learned that in addition to selling arms to cartel members, he also showed them how to construct grenades and convert semiautomatic rifles into fully automatic rifles.

A spokesman for the ATF told CBS News said that he was unsure about whether the DOJ is trying to extradite Kingery.  The spokesman said he didn’t know the status of the case.